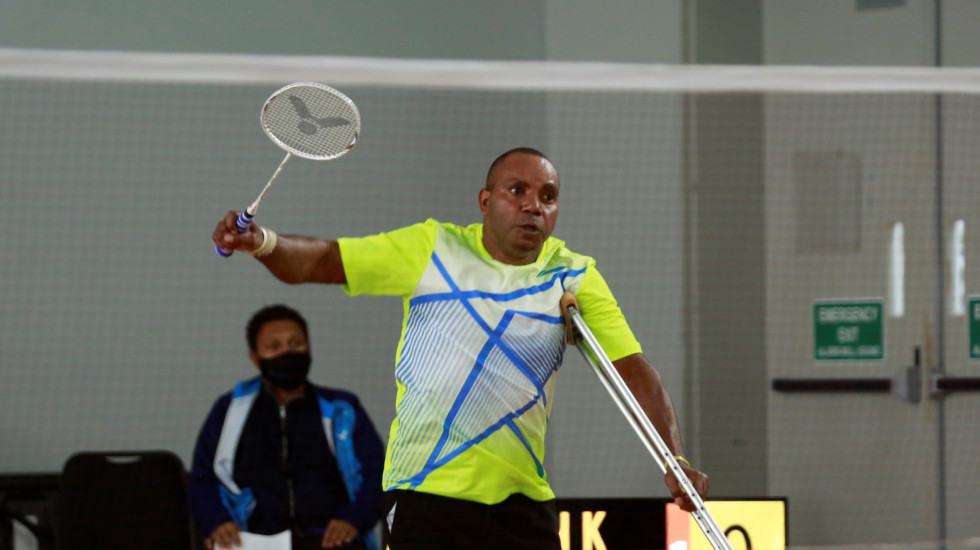 This is the 29th story in our Humans of Shuttle Time series, in which we present the perspectives of those who work on badminton development at the grassroots level. Danny Ten, Shuttle Time Teacher with Badminton Papua New Guinea, talks about how badminton made a difference to his life following an accident after which his leg was amputated.

I grew up in a village in the Southern Highlands province of PNG. When I was small my father died, so I stayed with my mum and my six brothers and three sisters. I was living in Lae with my sister in 2009 when I had a car accident and my left leg had to be amputated. I moved back home to the highlands to stay with my mother.

In the beginning of 2019 I moved to Port Moresby. I joined badminton through a youth group and had the opportunity to play Para badminton. The first time I played was in Rita Flynn Stadium. It was very interesting, and it was a skill game, easy to learn and I enjoyed myself, so I came back every day to play. 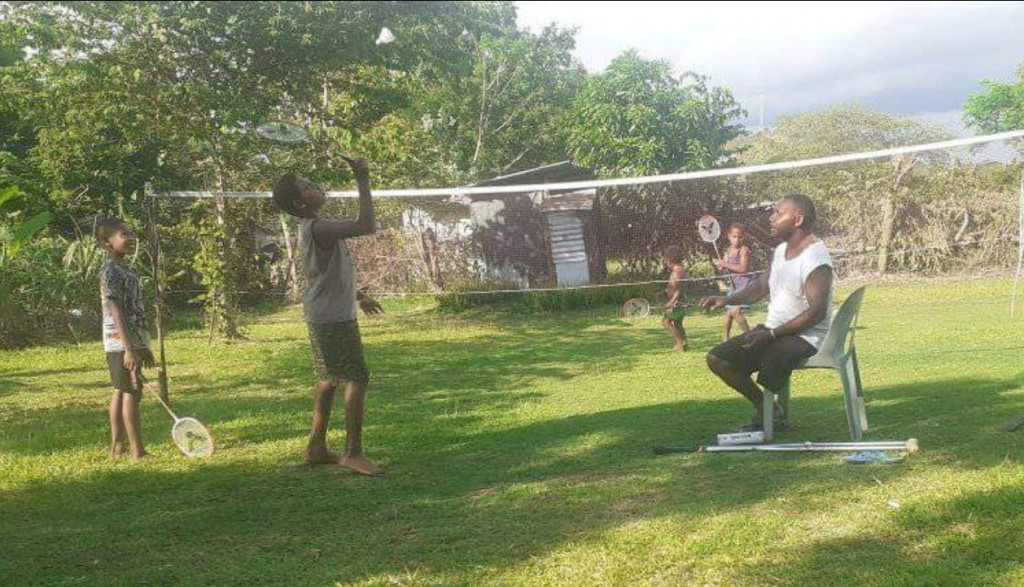 Danny during a coaching session

I felt proud, because I saw both able-bodied and Para athletes playing together in the stadium, and I was happy to join. I was able to fit in. Badminton is unique because everybody– old, young, small kids, the disabled or able-bodied – can play together.  I never played any games earlier, but when I joined badminton my interest grew.

Since I started I’ve played continuously. I take part in every training session of Para badminton. I have also learned so much through Shuttle Time. I’m a coach now in my community and so many kids want to play, and parents are happy to send the kids along to my sessions. I make sure everyone knows that badminton is a sport for everybody.

I have met many people, made good friends. Through the game I have seen many things which have influenced me and made me stronger and positive to continue and share what badminton is about.

Badminton has given me the experience to travel outside of PNG. I didn’t think I would ever have that opportunity. I have been able to represent my country and meet other sportspeople from PNG, like players from the Kumuls (National Rugby League team). When we represent our country we are all equal, whether Para or able-bodied.

Badminton is everything, it means everything for me. I cannot explain how much I have benefitted so much from badminton. I had never seen any other country before, I thought I would never have leave PNG in my life, but now I have been to Australia two times. People recognise me, I am an important member of my community. I have made so many friends. I will not give up badminton until I die.

I am very thankful to badminton for providing me the assessment to get a prosthetic leg. My aim is to be faster with the prosthetic leg than with the crutches I use now. 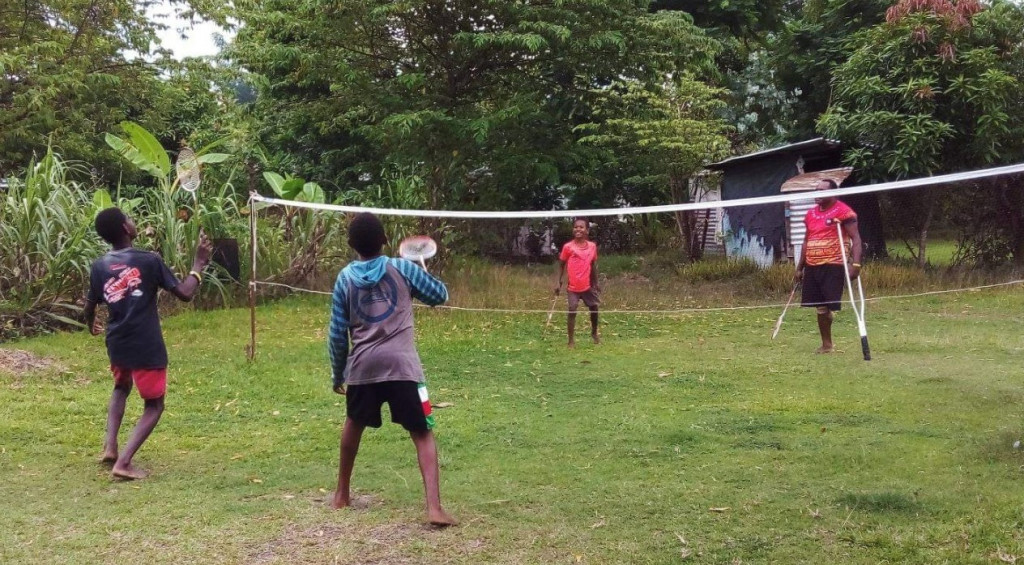 Danny Ten working to build badminton in his community.

What Makes it Different

In my community Bomana, the youth now come to learn skills and to play. Kids who used to stay home now play every day.

I’ve learned leadership. I am mentally healthy doing volunteer work, training children every day. Other people now recognise me as a leader, they call me coach and leader – they know me.  I want to develop badminton in the community. I speak with community leaders to organise games for children so that more can play and enjoy the sport.