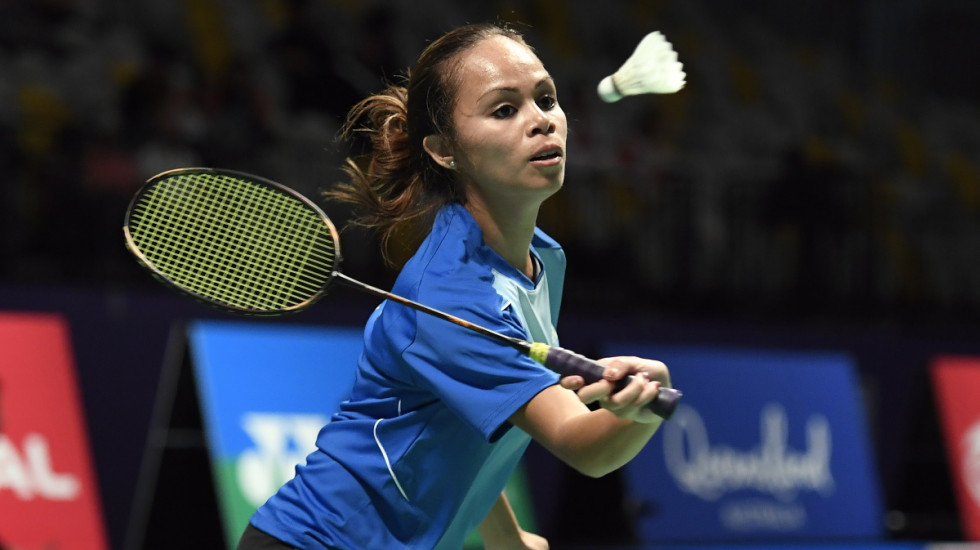 This is the fifth story in our Humans of Shuttle Time series, in which we present the perspectives of those who work on badminton development at the grassroots level. Danielle Whiteside, Shuttle Time National Coordinator of Fiji, recounts her badminton journey from the age of five:

I was born and raised in the heart of the South Pacific, in the beautiful tropical islands of Fiji. I grew up in the capital city of Suva on the biggest island of Fiji which is called Viti Levu, blessed with 333 tropical islands. I come from a very small family of four.

I had a pretty interesting childhood growing up in my grandmother’s house with my cousins around all the time. I had fun doing all outdoorsy activities like fishing, hiking, cycling, swimming and lots of board games – chess, Monopoly, Scrabble, etc. Hockey, tennis, table tennis, squash and badminton were the sports my family played competitively. However, badminton stood out for us and it runs in the family.

I spent my childhood training and competing in local and international tournaments which was pretty much my social life. Now I’m an athlete representative, Shuttle Time coordinator and Secretary for the Fiji Badminton Association. 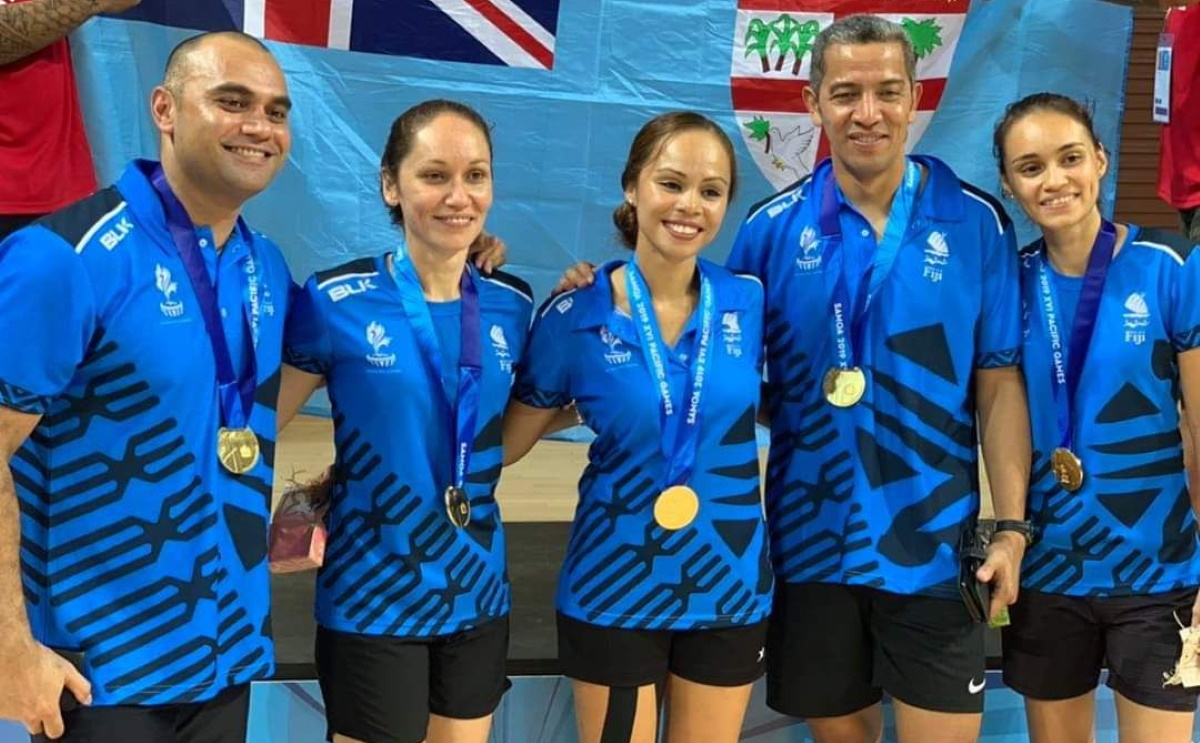 Whiteside (third from left) with her teammates.

I first saw badminton when I was five, watching my mum, dad and elder brother playing it casually in my grandmother’s backyard. They were playing with my grandfather’s old wooden racket and an aluminium racquet. That was the first time I held a racket and shuttlecock and I adopted it as my sport. The sport is now a family affair!

I loved the family-oriented structure around it. That got me hooked because it’s a good way to keep the family bonding alive, active and healthy.

Since those early days, my relationship with badminton kept evolving and it is a big part of who I am today. From the age of five, I began following in my family’s footsteps into the world of badminton, watching them (mum, dad, my uncle and cousin) compete in tournaments locally and internationally, which motivated me to get to their level and represent my home country and I did it! It’s an amazing feeling to have come so far in life accomplishing and pursuing my goals and dreams. I’m 31 now and I’m still at it!

The most memorable event I had was competing for the first time at the Commonwealth Games 2018 in Gold Coast. I won my first doubles match against Jamaica. It was a close match and such a good experience. I briefly met top players like Pusarla V Sindhu from India and Lee Chong Wei from Malaysia, both awesome players! 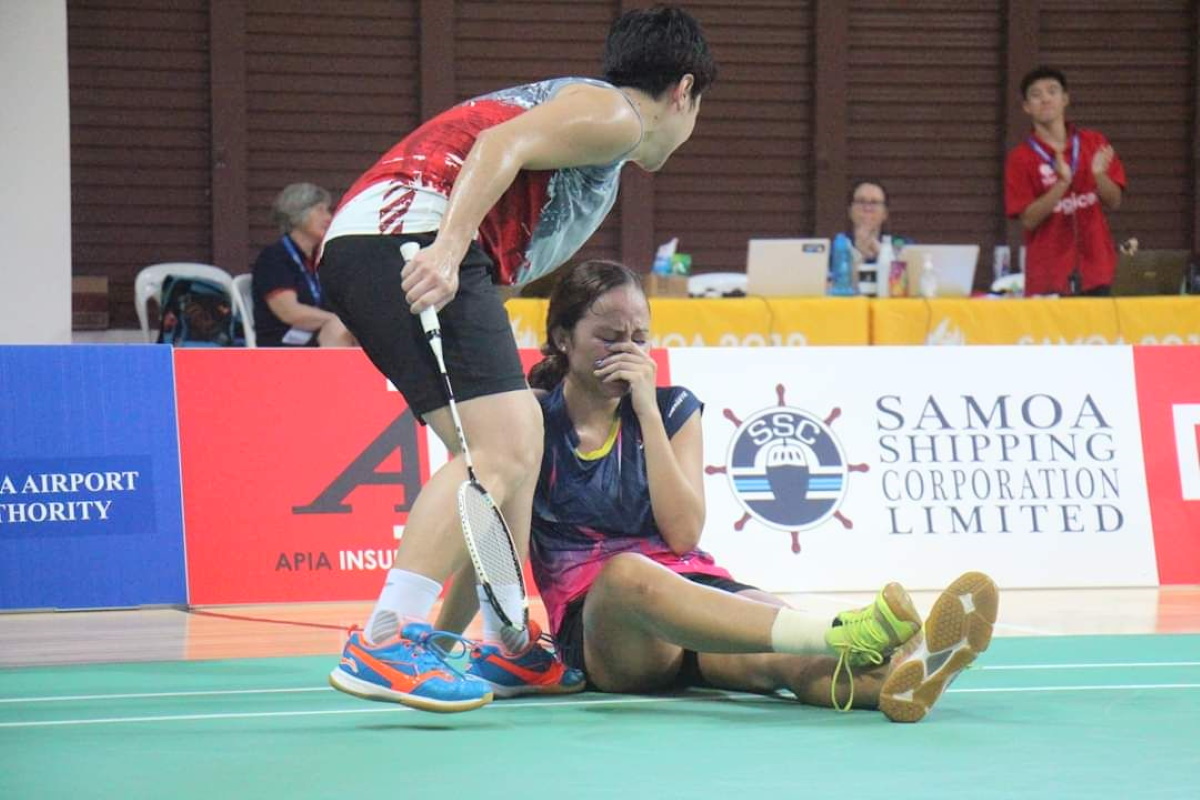 Johanna Cou of New Caledonia rushed over to Whiteside after she collapsed on court.

Another memorable event was competing at the Samoa Pacific Games 2019 and winning team gold, which was Fiji’s first in 16 years. I also won bronze in the singles despite a tough battle with injury. It was such an emotional moment for me because I’ve never defeated my opponent Johanna Kou from New Caledonia in all my previous encounters. Johanna ran over to comfort me when I collapsed onto the court. I’ve always looked up to her and played my heart out against her. On that day, she lifted me up when I was down. Now that clearly shows good sportsmanship and I admire her for that.

In Fiji, badminton is considered a minor sport along with tennis, squash and other racket sports, unlike rugby, netball, football etc. which are more popular among larger communities. The Fiji Badminton Association has been fortunate to receive a lot of support from BWF and various other stakeholders for promoting the sport through local and international tournaments, social media, Saturday kids’ clinics and Shuttle Time. This has brought a lot of positive changes on the outlook of badminton in Fiji. 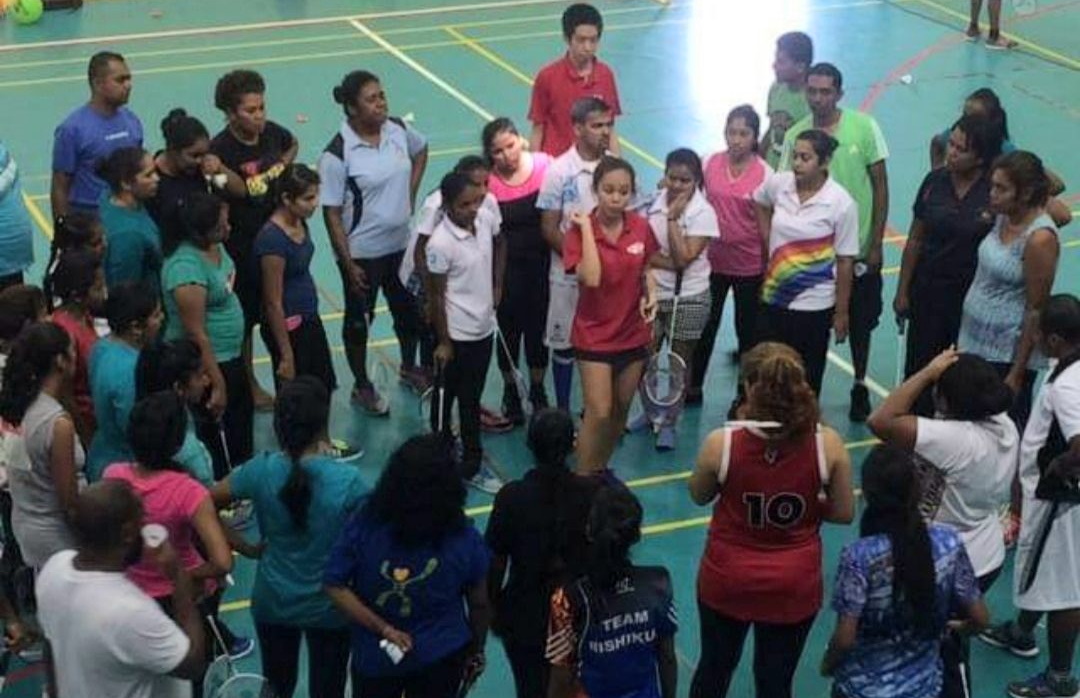 Whiteside at a Shuttle Time clinic in Fiji.

Shuttle Time has made a huge difference in Fiji. It has not only increased the participation numbers in the country, but has encouraged other sports to take up similar ideas. In addition, a group of Shuttle Time teachers from the north, west and central areas of Fiji initiated a ‘Backyard Badminton Campaign’. This was to ensure that during the COVID-19 lockdown, children remain active; families were encouraged to have fun and the backyard campaign was a platform to create unity and reduce stress during this difficult time.

The biggest lesson I’ve learnt from working with Shuttle time is ‘breaking barriers/stigmas in our communities’. Shuttle Time is for everyone, whether you have disabilities or not, it is the perfect tool to empower and create awareness and put a smile on everyone’s face.