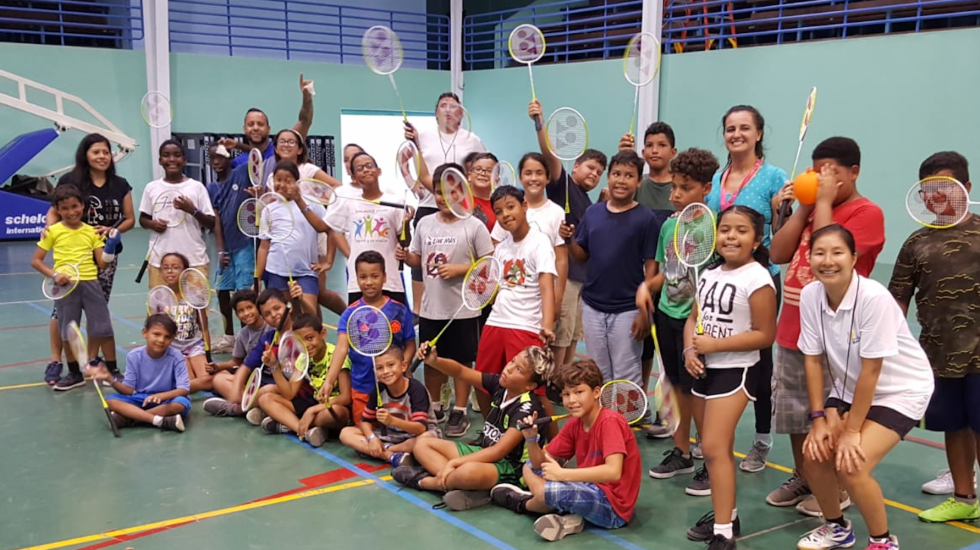 This is the 22nd story in our Humans of Shuttle Time series, in which we present the perspectives of those who work on badminton development at the grassroots level. Su Ying Lau, Shuttle Time National Coordinator of Aruba and former international player, talks about growing up with the sport, representing her country at international events, and giving back to the community through coaching.

I was born and raised in the Netherlands. Born to Chinese parents, I was always supposed to be focused on studying and making a career. Fortunately, I was always free to do sports and hang out with my friends. Besides badminton I was also practicing wushu and shaolin kungfu. After graduating in Contemporary Asian Studies I had all kinds of jobs that were completely unrelated to my studies. After moving to Aruba with my partner I have been spending an important part of my time with the Aruba Badminton family. 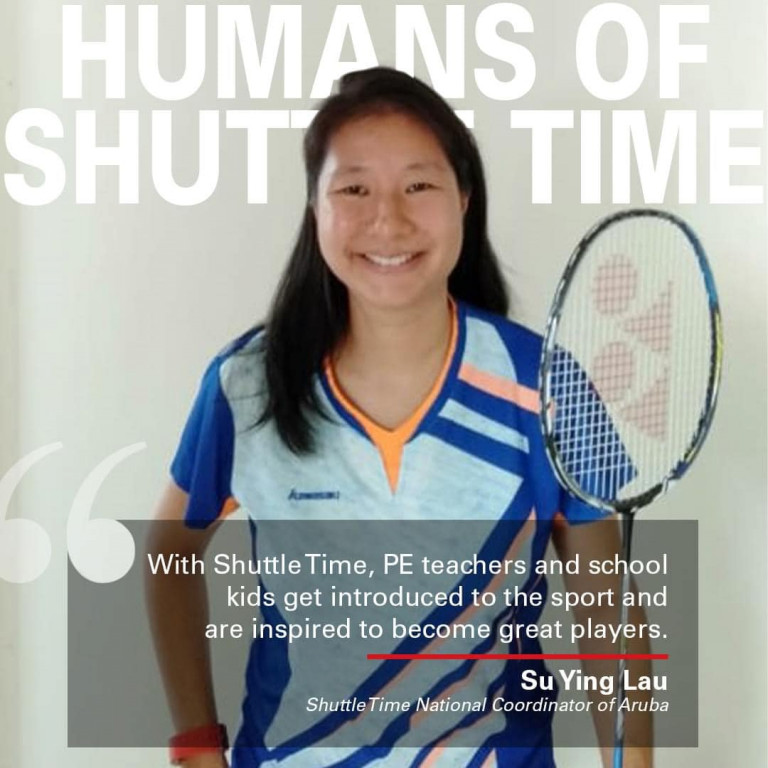 I joined the local badminton club when I was about eight years old. I was inspired by my sister who was already playing badminton for some years. I did think that badminton was a very cool sport and that the badminton racket was quite big.

Badminton played a different role during different phases in my life. When I was young I learned to play matches in the junior regional competition, winning was all I wanted, though I was never talented enough to become No.1. During student life, badminton became my primary social activity where I met many friends, participated in student, regional and international tournaments and organised many badminton activities. Once I moved to Aruba I upped my badminton life. Aruba has very few female badminton players, so sometimes it feels a lonely. Now I’m being very focused on promoting sports and coaching as I see there is so much growth potential on this island.

There are many. During a student tournament about 15 years ago, I met a friendly man who was the badminton vendor at the tournament. As we got talking he asked me if I wanted to learn how to string rackets. I learned how to string. After that we would meet occasionally at tournaments and have a drink together.

At the BWF Coach Education Level 1 course in Trinidad and Tobago I had a fun tutor and I made some great Trinidadian friends who were in the course with me. I got introduced to badminton friends from outside the course with whom I played some games at their local club. Oh yes, not to forget, I saw an actual piece of the moon in the Trinidad National Museum!

For me, as a player, badminton is still the perfect sport. Once I’m on court playing a serious or a fun game, the outside world stops for a moment. This feeling has never changed.  As a beginner coach and board member of the Aruba Badminton Federation I feel badminton is giving me the opportunity to develop new skills and bring the sport to many more people.

What Makes it Different

Badminton requires wit and stamina but is also very social and individual at the same time. Badminton is one of the few sports where age has little influence on the level of fun, and may even help improve the tactical game as you become more mature. In addition, badminton is quite COVID-19 proof, since there is plenty of space on court between players. 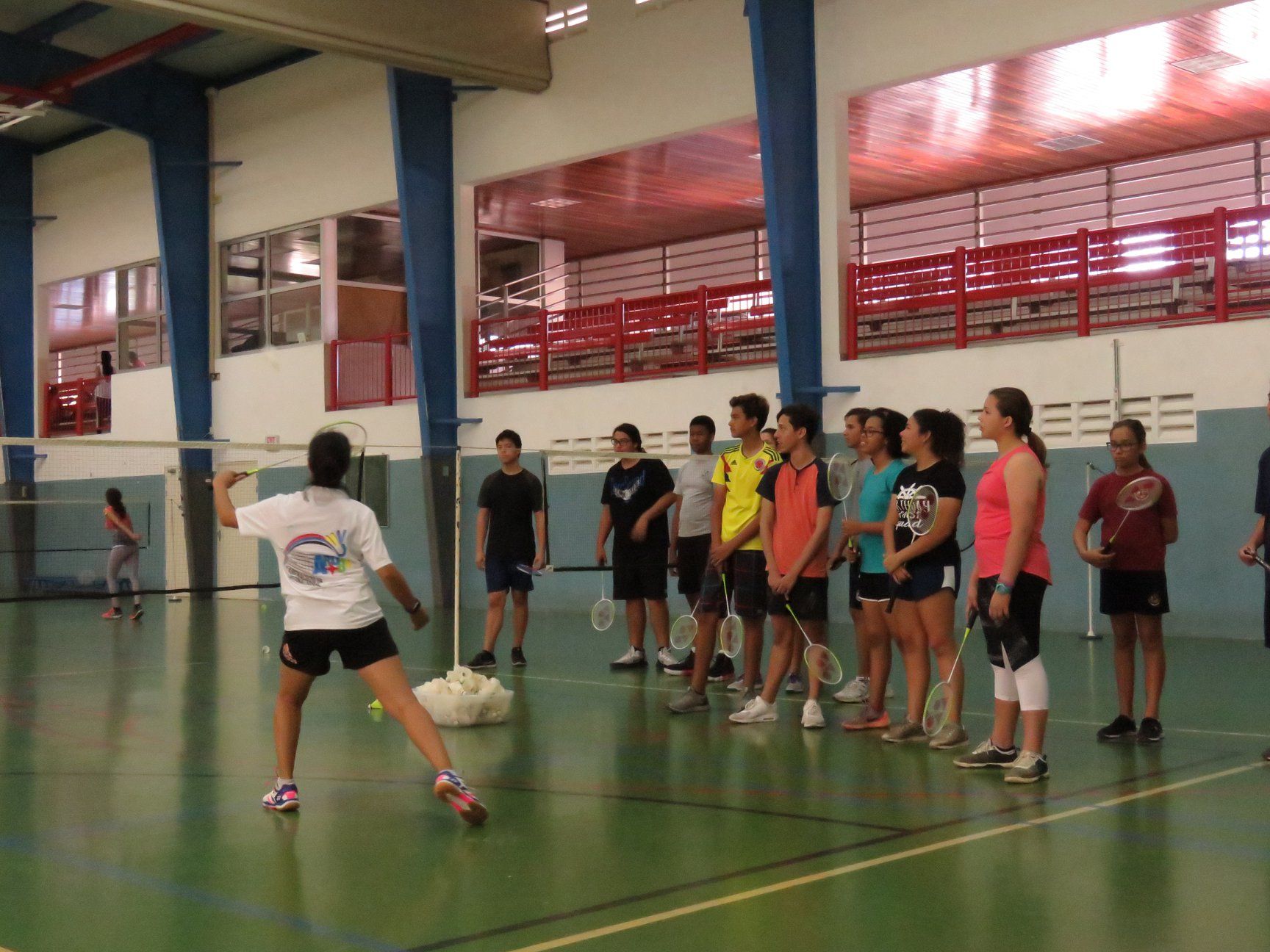 It is interesting and motivating to help professionalise badminton as a sport on the island. The community is open to badminton, but as it isn’t “mainstream” we face the challenge to grow and create continuity. There are few trainers and coaches, so this is what we will work on. We also have a successful relationship with a local government entity. They help us promote badminton at schools and this works very well.

Giving school badminton classes in a structured way is a great recipe for success in Aruba. Children on the island do not always have the opportunity to do sports outside school and even schools don’t have extensive infrastructure. With Shuttle Time, PE teachers and school kids get introduced to the sport and are inspired to become great players. Currently several schools have requested badminton programme assistance from the Aruba Badminton Federation. It seems that the programmes that we had rolled out earlier are starting to trigger some interest among other schools on the island.

Shuttle Time is a very effective programme for promoting badminton. A challenge for us is the first outreach to have teachers get into the programme. Right now Shuttle Time is a strategic activity to help build the fundamentals that are needed to grow badminton in Aruba.