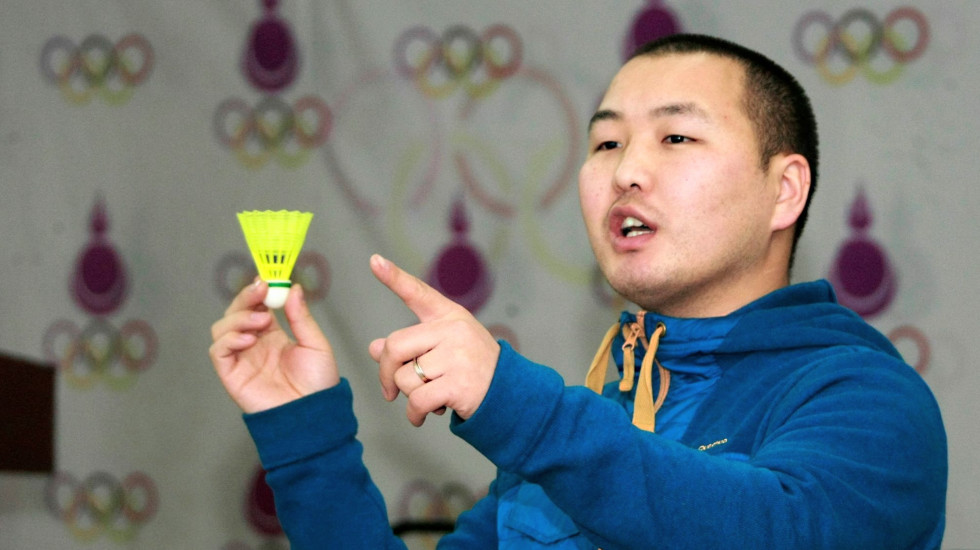 This is the 17th story in our Humans of Shuttle Time series, in which we present the perspectives of those who work on badminton development at the grassroots level. Galkhuu Zulbaatar, Shuttle Time National Coordinator of Mongolia, relives his engagement with badminton from the time the sport was barely known in his country.

I was an active child. My friends and I were always playing by the river, riding horses, helping our parents with the horses, cows, etc. In winter we used to ski. We lived a nomadic life.

When I was 10 my father went to North Korea for the Olympic Solidarity Course for badminton. He brought some shuttlecocks and rackets to develop badminton in Mongolia. The first badminton coach to our country came from Japan in 1999.

I was into tennis back then and started playing badminton, which impressed me because I sensed that the sport was extremely fast.

Badminton is my friend, brother and family member.

For me badminton is a family sport which you can play with anyone anywhere.

My father introduced badminton to Mongolia. My greatest wish is to make his dream come true: to have a Mongolian qualify to the Olympics; to produce a superstar, and to develop badminton as a top sport in our country.

In 2006 Mongolian Badminton Association hosted an international tournament, the Asian Satellite 2006, and the men’s singles winner was Lee Yong Dae, who later won the Olympic mixed doubles gold in Beijing 2008. I realised how special it was to have seen him as a rising superstar when he was just 16.

Badminton is becoming popular, and we need to promote it both as a sport for all and as an elite sport.

Earlier badminton used to be called “air tennis” in our language but that’s changed now.

Shuttle Time has given us gave a way to promote badminton. When we conduct courses in various provinces, people are pleased to have a chance to play badminton.