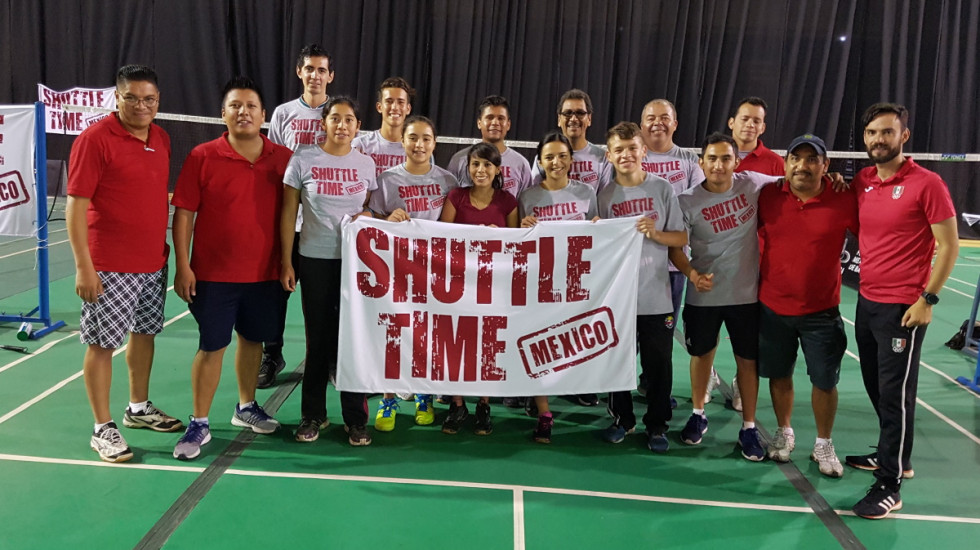 This is the 10th story in our Humans of Shuttle Time series, in which we present the perspectives of those who work on badminton development at the grassroots level. Erik Betancourt Luna, Shuttle Time National Coordinator of Mexico, recounts his badminton journey.

I spent my childhood in Mexico City happily in the company of my parents and my brother. From a young age I was into sport, at school and outside.

The first time I saw badminton was at the YMCA at the age of seven. I saw older players play and was impressed by their speed and reflexes. So I chose badminton at the sports centre and since then have continued to play.

Why Badminton is Special

Badminton is a different sport. The shuttlecock sets it apart from all sports.

It is a sport that mixes many physical, technical and tactical capacities that make it spectacular and attractive to people. Physically, the speed, the force in the action, impressed me a lot as a child.

Badminton has allowed me to meet many people from various cities and communities. I have seen many coaches overcome their difficulties and improve their professional and personal standing. Also, I have seen many children and young people who have found badminton a great ally to develop as athletes and professionals.

The Shuttle Time programme is very important since it gave us the possibility of reaching new regions of our country, thanks to the resources offered by BWF. The contents are impeccable and help the national coordinator to convince authorities of the need to implement the programme.

What I’ve learned most from Shuttle Time are humility and teamwork!