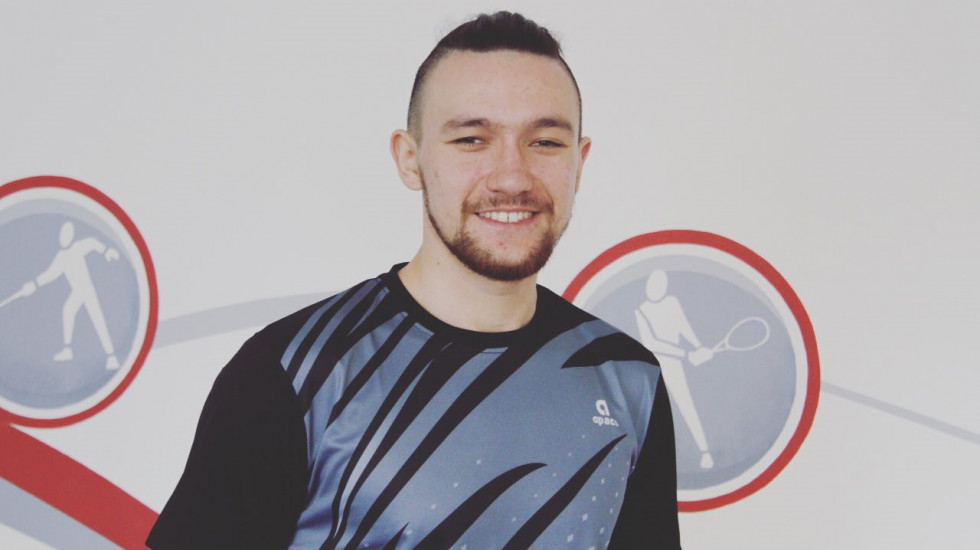 This is the 18th story in our Humans of Shuttle Time series, in which we present the perspectives of those who work on badminton development at the grassroots level. Artur Niyazov, Shuttle Time National Coordinator of Kazakhstan, talks about his journey in badminton from the time he was six, to becoming an international player and using his experiences to contribute to the growth of the sport in his country.

I was born in 1993 in the city of Shymkent in Kazakhstan. Mom worked at a tobacco factory until 2007, after that she moved to work at a candy factory and works there to this day. My father was engaged in mixed martial arts, and is now an MMA coach in Shymkent. I have a brother trains children in badminton. 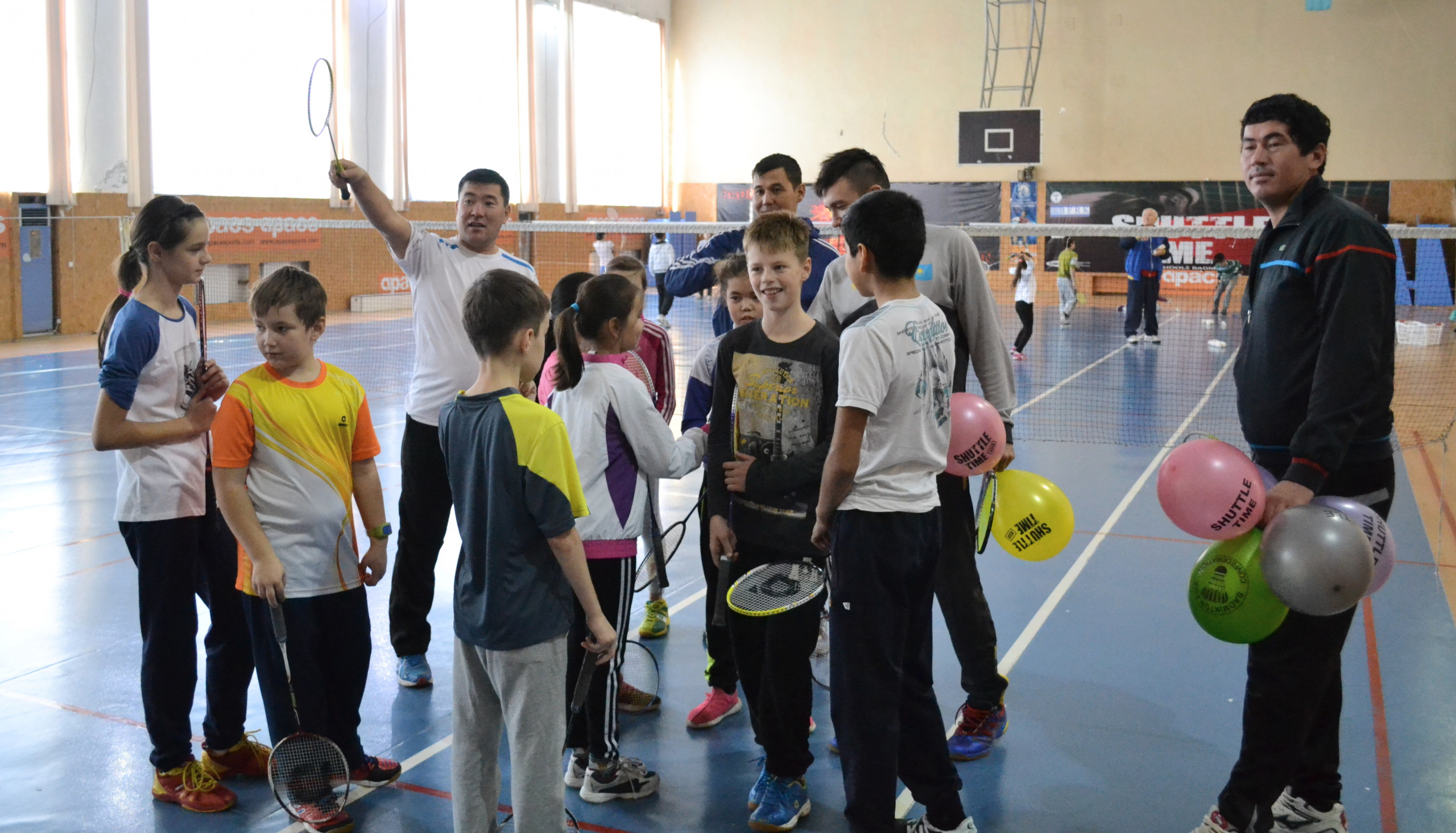 When I was little and went to kindergarten, my parents sent me to a children’s camp. I loved to play football. In that camp worked a coach who showed us how to play badminton and suggested that I play badminton. I went from the camp to a city sports hall where I started to practice badminton when I was just six years old.

I’m a national team player now with Kazakhstan. I’ve won several tournaments and even competed at the World Championships. Now I’m doing my PhD. I have been training children since 2015.

When I started training, nothing struck me about the sport. But after a year of training, my coach showed me on TV how professional players played, and then I was so amazed that I wanted to move and play like them myself. Every movement on court, every hit showed me how beautiful and energetic badminton was. When I practiced, I tried to move and hit like them. I believed in myself and after a while I became the national champion. 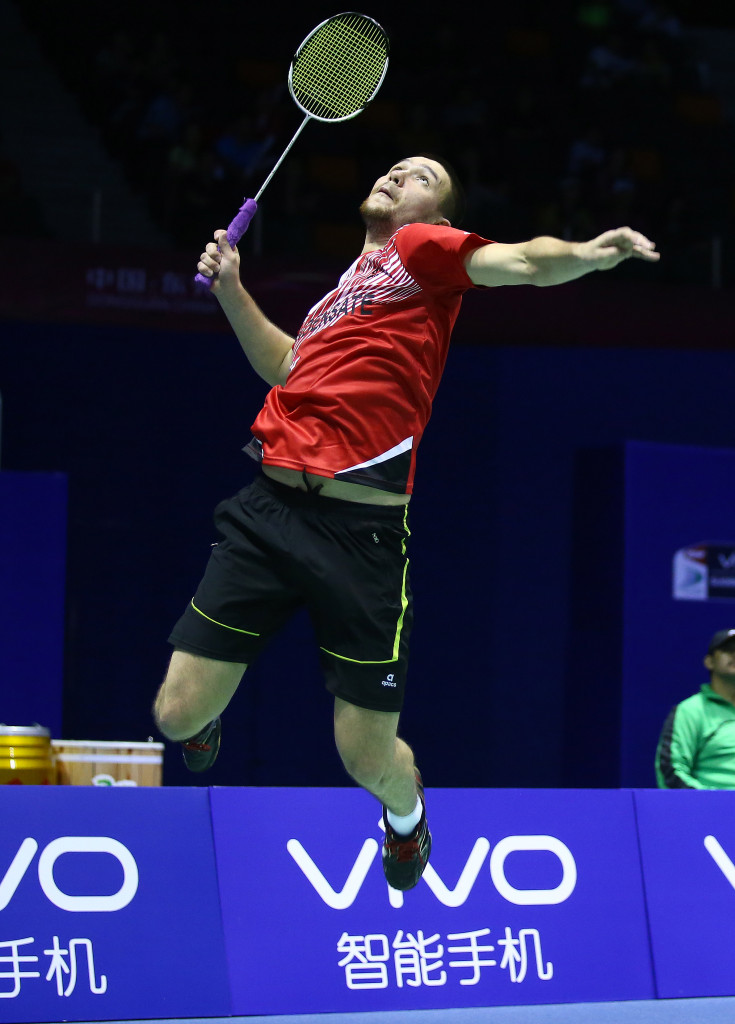 Artur Niyazov in action for Kazakhstan at the Sudirman Cup 2015.

Thanks to badminton I have many friends all over the world. I graduated from university, visited many countries, learned the taste of victory and defeat, saw how people live in different countries and their culture, and attended training camps in various places. That gave me the experience to share with my fellow players.

At 13, I went to the Asian Junior Championships for the first time. It was most memorable. The games were intense and exciting. After the tournament, we had an excellent two-week camp. We studied English, learned about each other’s countries, played badminton every day. The camp helped us become stronger and faster.

Although I have been professionally practicing badminton for 21 years, every day I open up new opportunities for playing badminton and for the development of badminton in my country. To prove myself both in sports and in life, to be smarter, stronger, faster, to learn to help athletes and coaches to achieve high results and goals. Badminton is a part of my life.

Each sport is difficult in its own way. Badminton differs in that in a short period of time you have to decide where and which stroke to hit, it requires stamina and energy to react quickly, jump and hit, but the main difference is the speed of the shuttlecock.

In 2012 I first got acquainted with Shuttle Time. It was attended by four coaches. For me it was a novelty as I was a player. When I started working as a coach in 2015 I went through the Shuttle Time programme and later gained experience working with children and teachers. The reward for me was getting certificates. Two years later I continued my training on the shuttle time program and received a certificate of coaching for the level one course. For two years I have been transferring my experience to children and coaches. After that I passed level two of coaching and received a certificate.

Shuttle Time has helped us develop badminton in various regions by increasing the number of athletes and also the number of teachers and coaches.