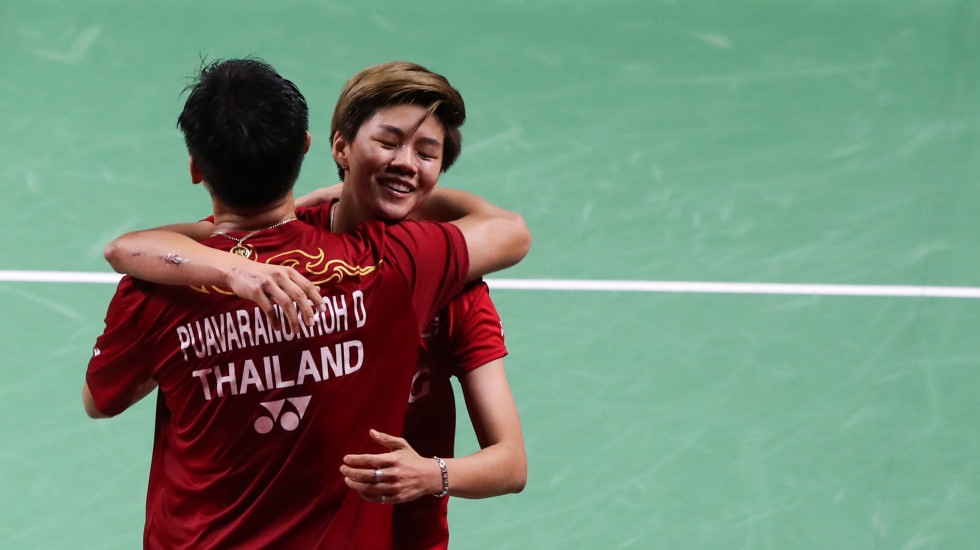 “I didn’t feel like she killed me, so much as I killed myself.”

Michelle Li attributes her defeat to An Se Young to lack of practice.

“What a game. It was like a movie-long match. We just wanted to play point-by-point and I just surrendered to God.”

“Pretty happy about having the chance to play at the HSBC BWF World Tour Finals and compete with the best players. We just want to have fun, do our best and enjoy every game.”

Linda Efler after losing to Kim So Yeong/Kong Hee Yong. 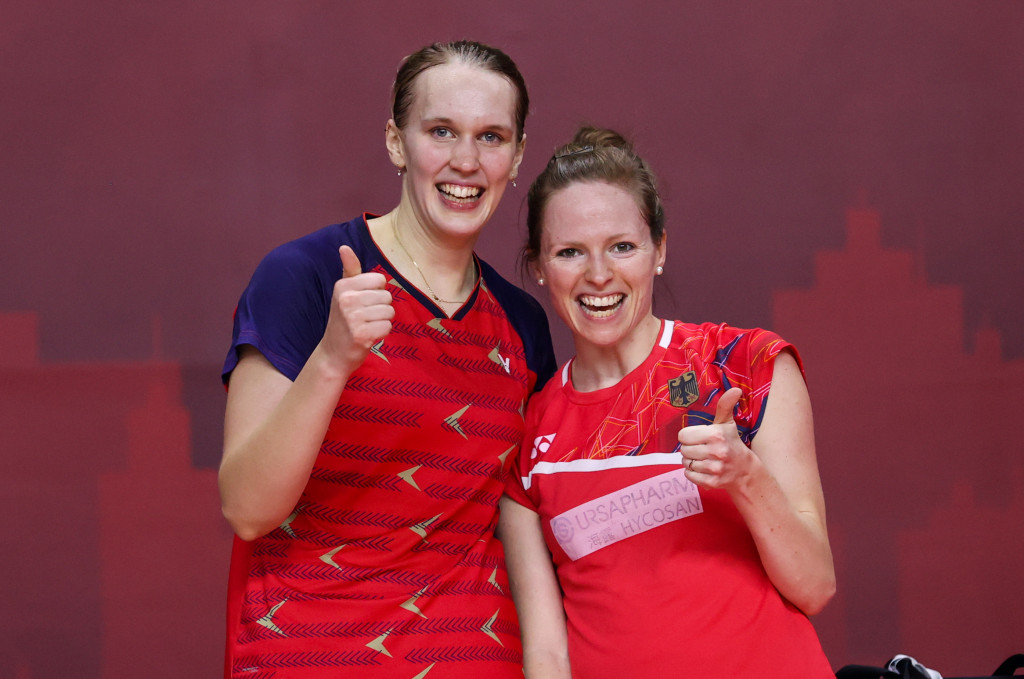 “Our style will remain the same. We have a young body.”

Wang Chi-Lin on the attacking game he and partner Lee Yang always turn to.

“Because Tai is a top player, everyone might think she’s sure to beat me but I fought and passed over that feeling I wouldn’t be able to do it.”

“During the second game Chi-Lin told me: ‘Come on, we can do it, keep fighting’ and gave me a little massage too. I told him I’ll do my best.” 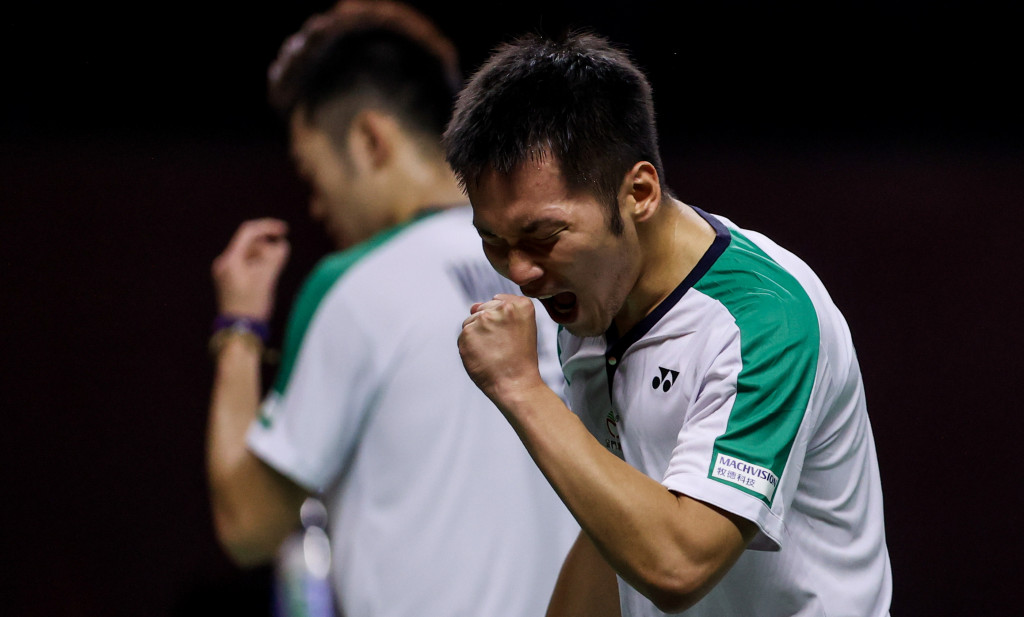 “This morning my daughter was born and I want to say thank you to everyone for their kind wishes. I hope to win for my daughter tomorrow.”

Mohammad Ahsan reveals a piece of good news after the win over Aaron Chia/Soh Wooi Yik.

“It’s hard to put into words how I’m feeling right now, we’ve never done this well in such a big tournament. We’ll give it our all tomorrow.”

“After a long gap, I was very excited to be back on court, it’s been a good thing. Now I’ll go back, be happy, take some rest and come back stronger.”

Pusarla V. Sindhu looks forward to fine-tuning her game after a below-par outing. 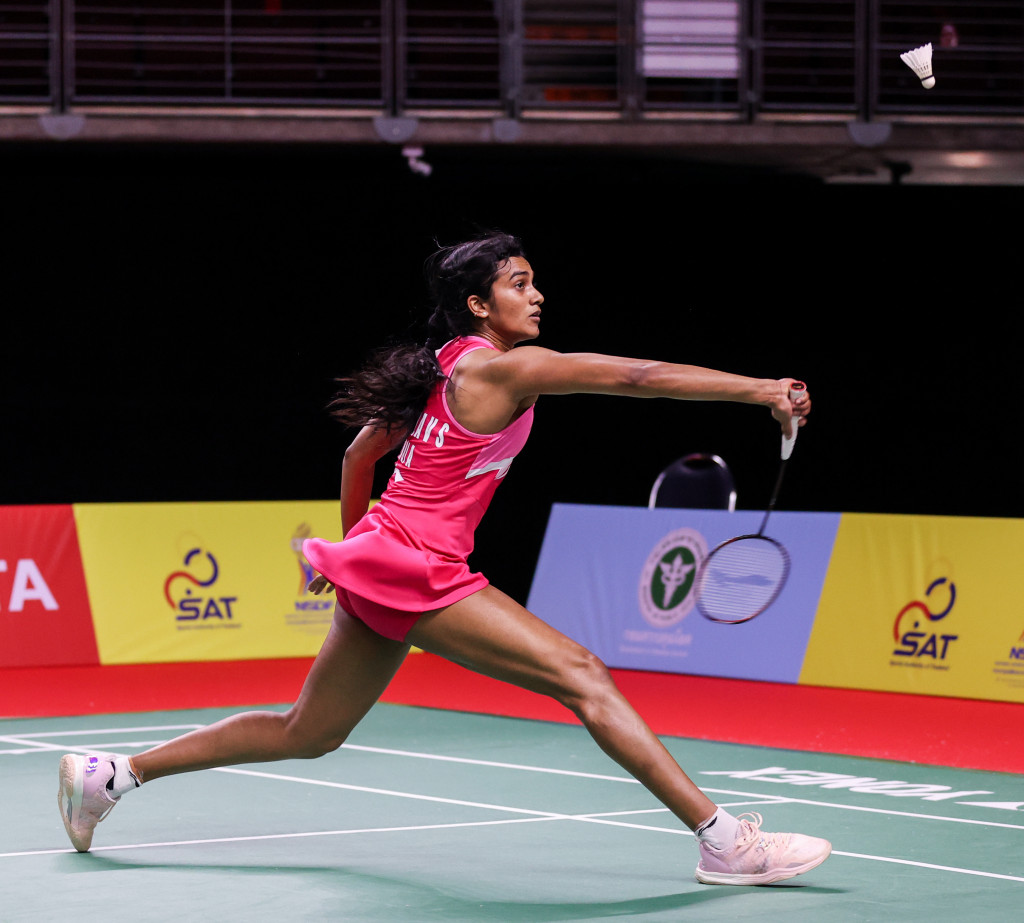 “I’m really happy as I’ve shed a lot of tears here. It’s a good feeling and I can’t describe it in words. It feels like I’m able to respond to those cheering for me.”

“We weren’t good. Three weeks or not, we can’t use it as an excuse. Everyone is going through the same thing.”

Praveen Jordan’s honest self-assessment after he and Melati Daeva Oktavianti exited the event.

“I don’t care who I play. The crowd loves an all-Danish final, especially in Denmark. For me it’s about going out there and following my game plan.”

Viktor Axelsen after setting up a final with compatriot Anders Antonsen. 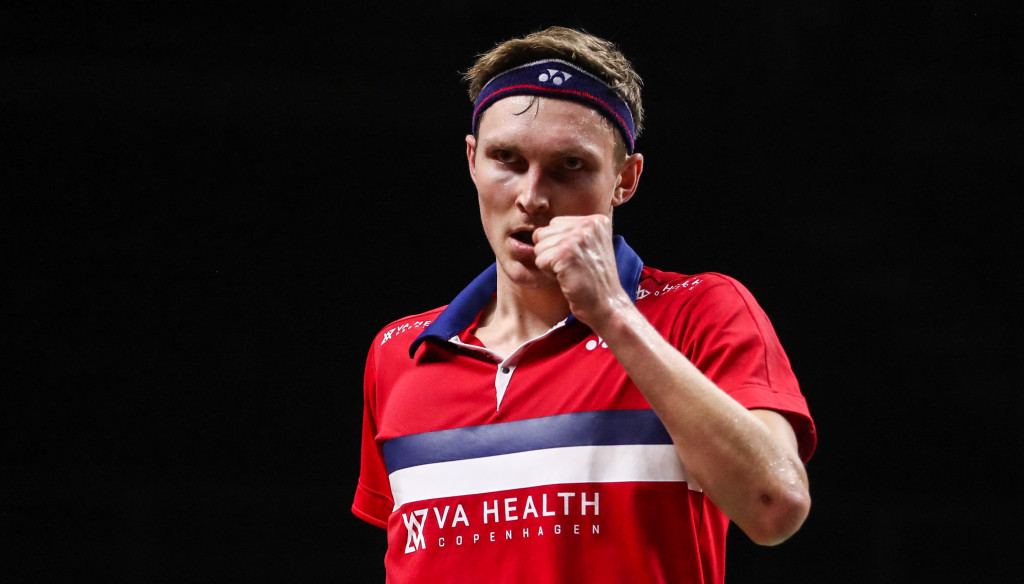 “This is the first time for us to be in three finals at the three championships. It means a lot. This is a dream come true.”

“Hopefully the tournaments will continue. I’d also like to thank Thailand and BWF because I know it’s not easy to hold tournaments during this pandemic. I really appreciate the efforts.”

A grateful Ahsan is already looking ahead to the next tournament.

“We’ll be in quarantine after we get back to Korea. But we’ll be doing the quarantine at my house.”

Shin after the win over Kim/Kong. “This is an award for nine months of hard work and dedication. This is a reward for all Thai people. Today I feel very happy and proud to be Thai.”

Sapsiree Taerattanachai after winning three titles in as many weeks.

Tai on her victory celebration.

Antonsen reveals his game plan after beating Axelsen for the title. 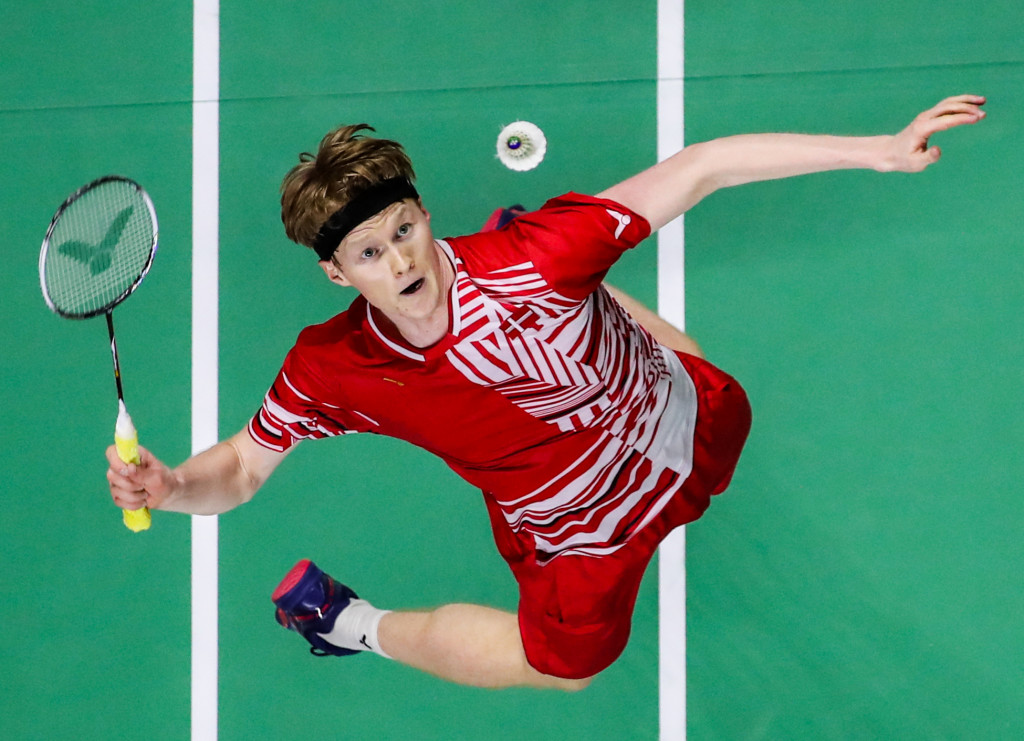