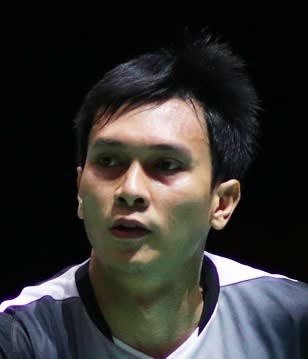 Professional Since: In 2006, I started representing my club to compete in national tournaments.

When and where you began playing, and why this sport?
"In 1994, in my hometown Palembang, because it's fun and I like this sport. Currently I enjoy getting to meet people (other players) from different countries through the sport."

Sporting awards / Honours (so far)?
"He and men's doubles partner Hendra Setiawan were named the Most Valuable Players of 2013 by the Badminton Association of Indonesia [PBSI]."

Sporting ambitions?
"To be a World Champion and an Olympic Champion"