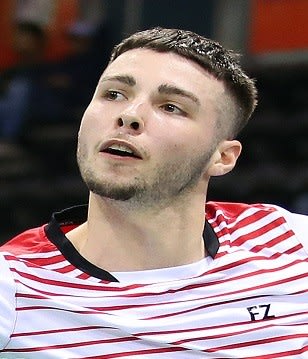 Professional Since: My first tournament was in Orkney where I played doubles with Fraser Gorn. My first serious competition was the Under 11 national Championships, where I won gold.

When and where you began playing, and why this sport?
"Started playing in Orkney at the age of 5, then moved to England at 7 where I joined a club and it went from there."

Sporting ambitions?
"To win an Olympic and world medal"