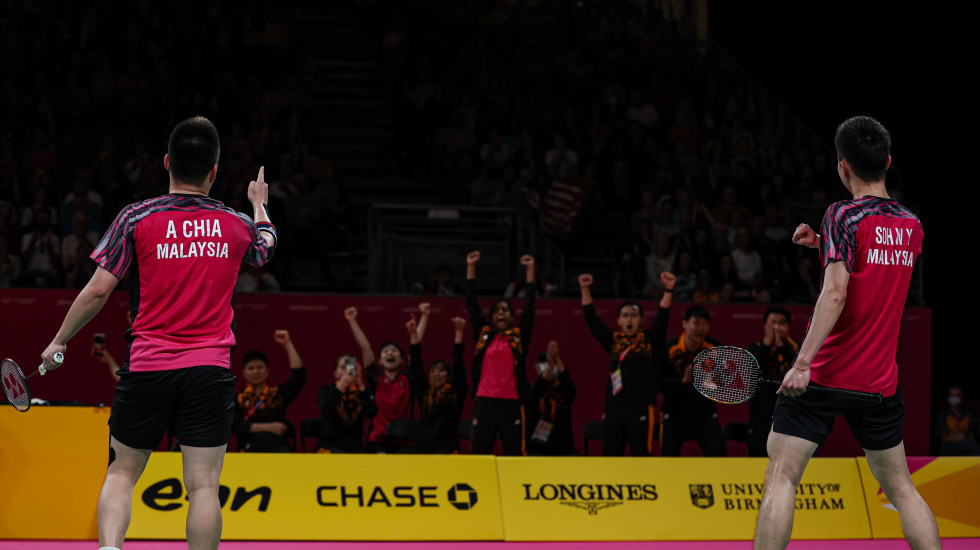 The India-Malaysia Commonwealth Games rivalry is to be renewed after both cruised through their Mixed Team semifinals in Birmingham yesterday.

Mixed pair Chan Peng Soon/Cheah Yee See had earlier put Malaysia 1-0 ahead after working their way back from a game down to beat the error-ridden Marcus Ellis/Lauren Smith 12-21 21-18 21-13.

Defending champions India later whipped Singapore by the same 3-0 scoreline but without dropping a game. Men’s singles world champion Loh Kean Yew was expected to keep his team alive after victories by men’s pair Satwiksairaj Rankireddy/Chirag Shetty and Pusarla V. Sindhu gave India a 2-0 lead. The 25-year-old however, could not offer much in a 21-18 21-15 loss to Lakshya Sen.

Four years ago in Gold Coast, India took their maiden team gold at the first time of asking. Led by the soon-to-be men’s singles world No.1 Kidambi Srikanth, they beat Malaysia who had won the previous three editions, 3-1 in the final.