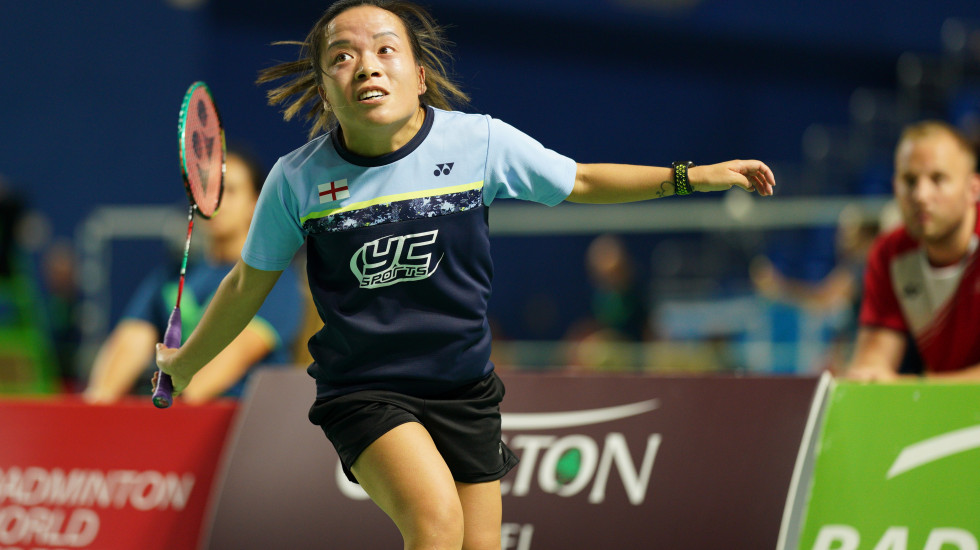 Rachel Choong is back on track. [Photo: Alan Spink]

When Rachel Choong decided to hang her racket after the 2019 World Para Badminton Championships, deep down she knew it wouldn’t be long before she’s back on court again.

“I made that decision because there was no opportunity for me in Short Stature (SH6) at the Tokyo Paralympics,” said Choong.

The break was exacerbated by the COVID situation and not being part of the Team GB Elite athlete programme, she had almost no access to training for almost two years.

“It was quite demoralising but when the lockdown eased up, I started playing weekly club badminton and got a job. I was happy enough.” 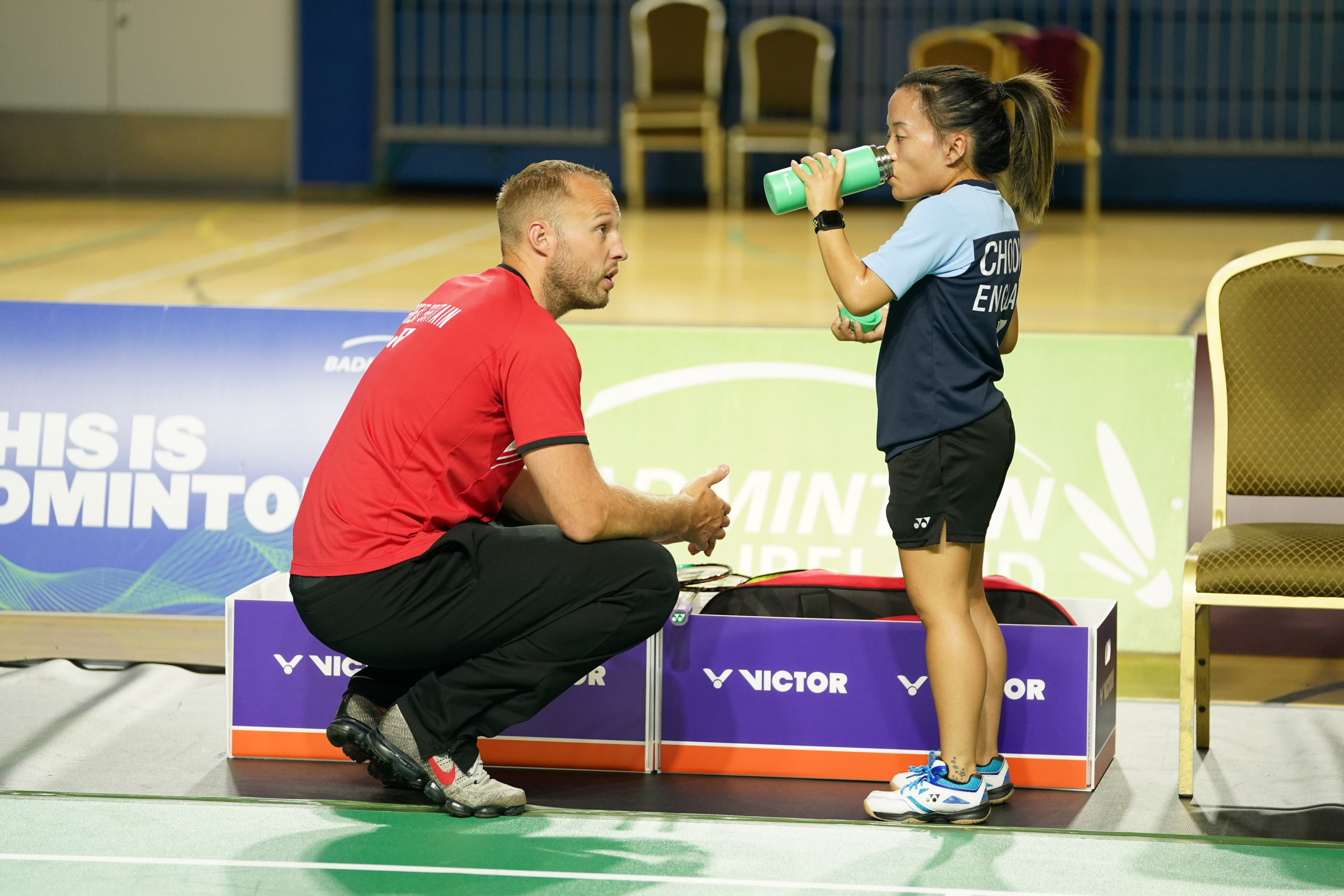 When it was announced last November that SH6 women’s singles and mixed doubles will be part of the Paris 2024 Paralympics, Choong received a call from Richard Morris, England’s Para badminton coach.

“I froze when he told me. I was just so excited.”

It wasn’t a done deal yet however, she had to wait to be included into Team GB’s elite training programme and applications had to go through UK Sport.

“But I was quietly optimistic. Richard and I put plans in place as if I was included, and I started training with Tom Wolfenden in Liverpool where I live.”

Her optimism paid off.

“I remember I found out in March, one day after the end of the All England where I was a commentator.”

She currently trains as part of the elite squad in Sheffield, making the two-hour drive from home a couple of times a week.

“Coming back to intense training, the body remembers what to do but I cannot wait to be really good at badminton knowing how much better I can be.”

Since getting back on the circuit, Choong has been playing singles and mixed doubles partnering Krysten Coombs and Jack Shephard.

At the Thailand Para Badminton International in August, she and Shephard defeated Thailand’s Natthapong Meechai and Chai Saeyang for the gold medal.

“I partnered Krysten in Canada and Ireland, and Jack in Bahrain and Thailand. We are trying different combinations to see what works best. It’s a decision that will be made by the coaches, staff and us based on our performances.” 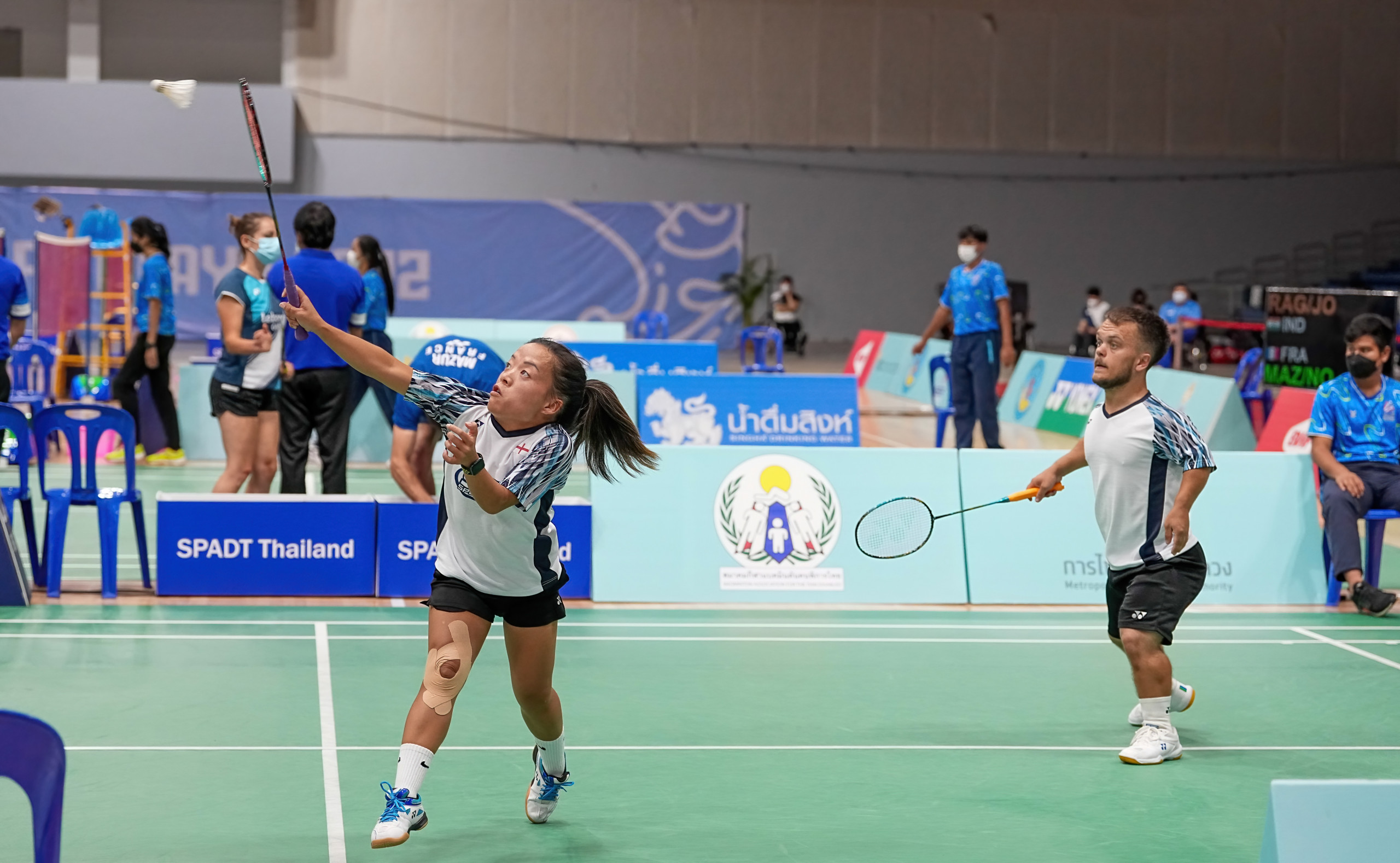 Choong and Shephard (right) in Thailand. Photo by James Varghese

In the singles, Choong, 28, seems to have met her match in India’s Nithya Sre Sumathy Sivan who has defeated her in all of their three meetings.

“She’s only 17 and a really good player. The standard has really gone up and become very professional.”

The last four tournaments have allowed Choong to build momentum leading up to the World Para Badminton Championships (1-6 November) in Japan.

“I was at Tokyo 2020 but as a commentator. The World Championships being held at the same venue, I’m thinking of it as an alternate Paralympics for me. And I want to win. I know there’s no pressure but it’s hard to tell an athlete that.”