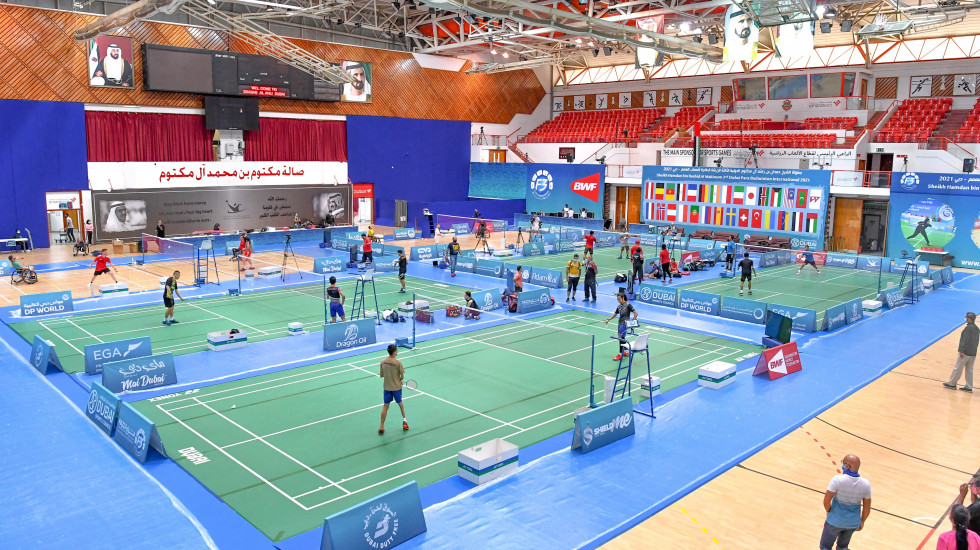 The venue will be a familiar one for previous winners such as Japan’s Sarina Satomi and Yuma Yamazaki, Switzerland’s Cynthia Mathez and Malaysia’s Noor Azwan Noorlan but many of the 189 athletes are newbies to the international circuit and Dubai itself.

Players from Australia, Cameroon, Maldives and New Zealand will be making an appearance on these courts for the first time, as will the team from Iraq.

Etienne Songa Bidjocka of Cameroon said: “I only started playing badminton two years ago. This is my first time in Dubai and an international tournament. I’m looking forward to learning and getting a feel of this event.”

Bidjocka, also the secretary-general of the National Paralympic Committee of Cameroon, will play in the Standing Lower (SL4) men’s singles. 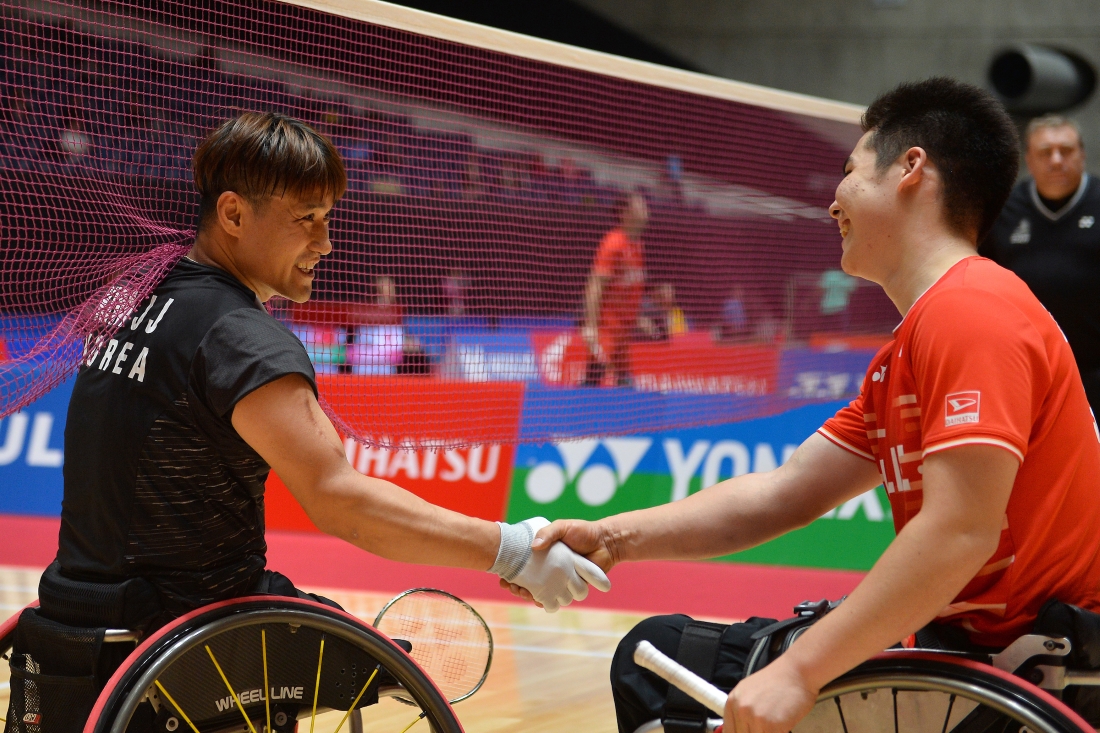 Is the stage set for another Kim-Kajiwara showdown? (Photo: Alan Spink)

While some of the usual headliners are missing, it will not necessarily open up the field; the newcomers can expect to face off against the highly experienced and determined forces from India, Indonesia, Japan, Korea and Thailand.

Indonesia have chosen Dubai as their first tournament this year, having skipped Spain, Brazil and Bahrain. Fielding a team of 14, sans the ever-popular Leani Ratri Oktila and Dheva Anrimusthi, coach Jarot Hernowo said: “We decided to focus on Dubai and then on the Asean Para Games and Para Indonesian Open in August.”

India will field 40 athletes, the largest team here, and are set to dominate the Standing Lower (SL3) and Short Stature (SH6) categories.

Nagar Krishna seems to have an easy path to victory in SH6 men’s singles, while in SH6 women’s singles, Nithya Sre Sumathy Sivan will be riding high from her win in Bahrain last week.

Kajiwara will be looking to get third-time lucky against Korean top seed Kim Jungjun in WH2 men’s singles, and may have to contend with Chan Ho Yuen Daniel (Hong Kong China) along the way.

Teams will also be looking to strengthen their SH6 mixed pairs in preparation for the Paris 2024 Paralympic Games.

“Having a large number of new players is always good for the sport. As always, the organisers have gone out of their way to put things together well, and make everyone feel safe and comfortable so that we can have a good event,” said BWF Technical Delegate Herbet Ott.