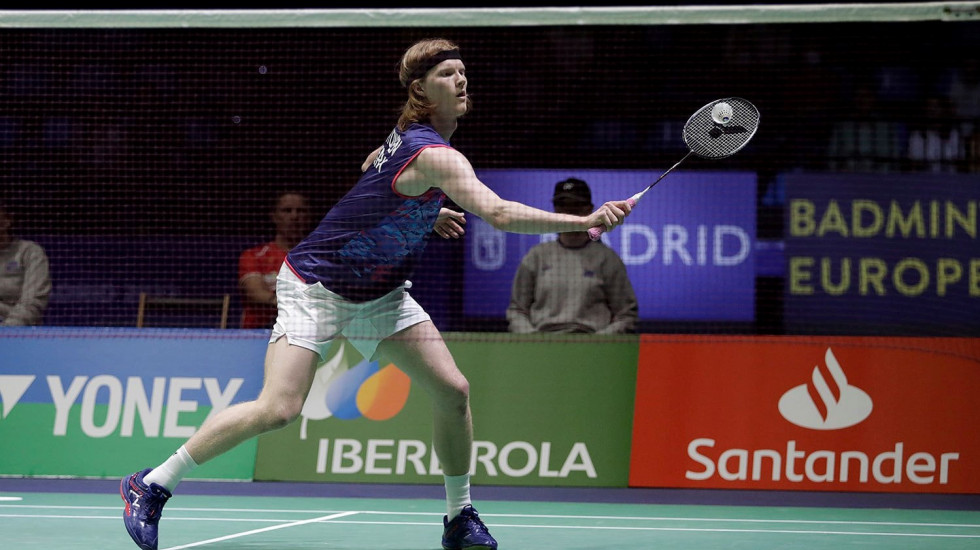 Danes Viktor Axelsen and Anders Antonsen, world No.1 and three respectively, were overwhelming favourites in their semifinal clashes – Axelsen had not conceded a single game to his opponents while Antonsen only did so against Kai Schaefer.

Having lost his previous two matches against Antonsen in under 30 minutes, Toma Junior Popov stepped it up in the semifinal. He gave a good account of himself, going down fighting all the way for 71 minutes. It was a high-quality match, ending 21-16 19-21 21-15 in the Dane’s favour.

“Toma played well and made it difficult. I would have liked to close it in two games, but am quite impressed by his progress,” said Antonsen.

The precision, discipline and power of perhaps the best player in the world made for a clinical display. He dispatched Israeli Misha Zilberman 21-10 21-11 in double-quick time.

“It was fun to play Misha. I hadn’t played him for a few years. I was happy to see him in the semifinals and also to have won in straight games,” said Axelsen.

While Zilberman secured his first-ever medal at the event, Axelsen will have a chance to contest the final against Antonsen this year. He tested COVID-positive last year and his countryman got a walkover gold.

“It’s always fun, exciting and nerve-wracking at the same time against Viktor. We haven’t played each other for some time now, so I’m looking forward to the final,” Antonsen said.

Axelsen is up for the challenge.

“It’s a great event and the spectators are loud. It’s a lot of fun,” Axelsen praised the tournament.

“However, it has been a little weird for me. I feel like I haven’t played my best badminton. I hope I’ll get a chance to do that in the final. It’s great to see your teammates doing so well.”

German mixed pair Mark Lamsfuss and Isabel Lohau came back from a game down to beat Mikkel Mikkelsen/Rikke SØby 21-16 21-17 in 58 minutes.

“We were struggling in the first game but found our rhythm. We told ourselves to fight in the second game. It doesn’t have to be beautiful badminton,” Lohau underlined.

“We will relax, enjoy today’s victory and prepare for tomorrow. We are going for gold,” said Delrue. 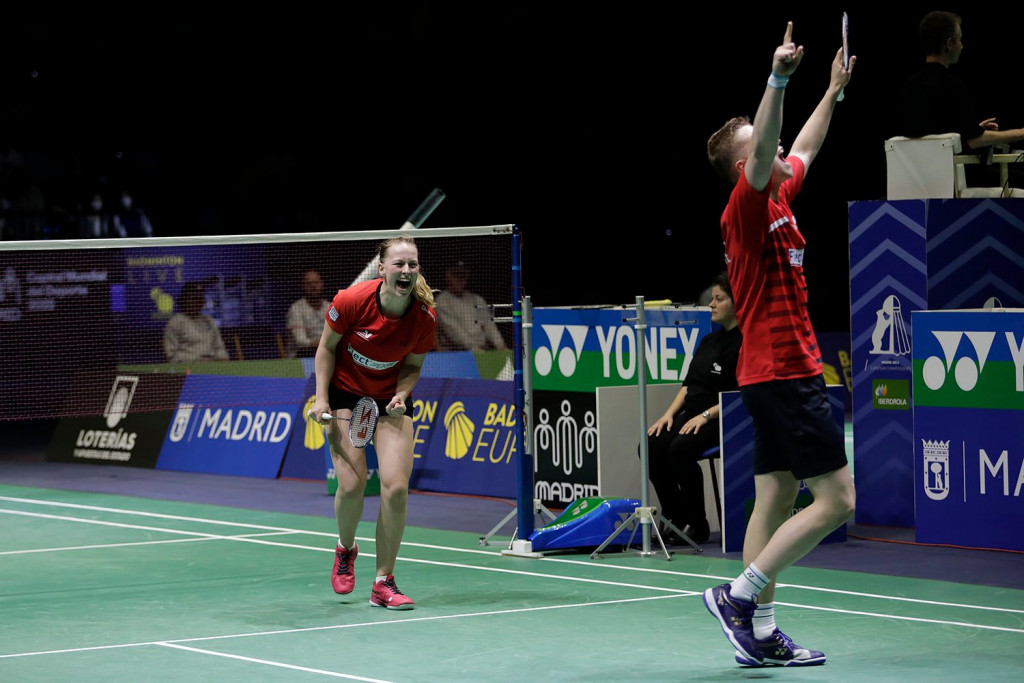 Delrue and Gicquel are through to their first European Championships final.