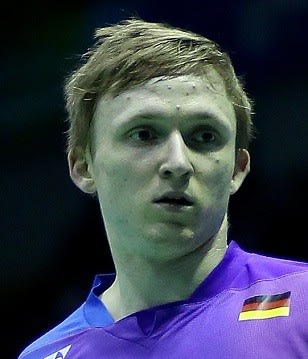 Professional Since: At the age of 11 I started to play my first local youth tournaments.

When and where you began playing, and why this sport?
"I began at the age of 9 in the club of my sister who played Badminton too."