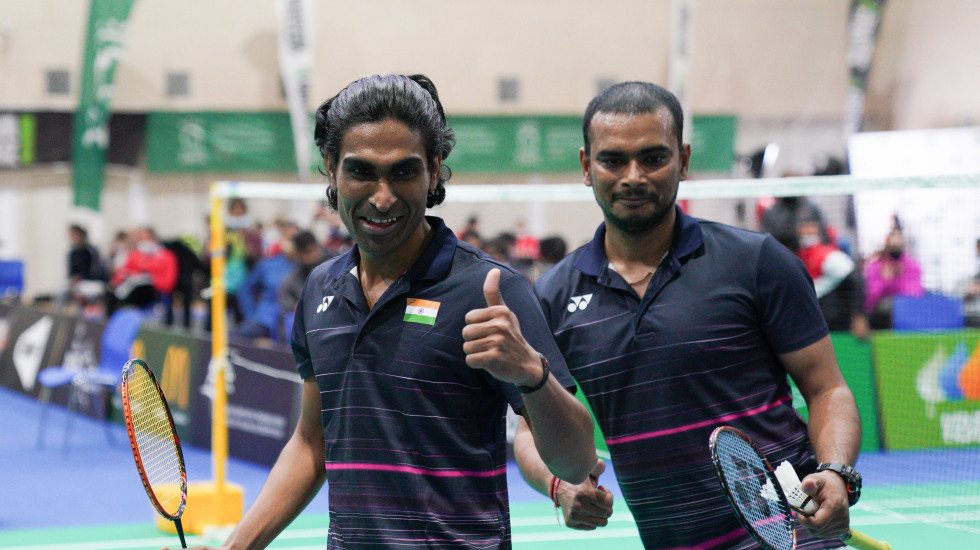 Pramod Bhagat and Manoj Sarkar after claiming the last gold medal of the day,

Having entered the tournament with the biggest contingent of 36 players, 16 of those had finals tickets with Paralympic champion Pramod Bhagat (SL3) and reigning world champion Manasi Girishchandra Joshi (SL3) both in three title matches.

The biggest winner was Bhagat, who came away with three gold medals. Although he and his SL3-SU5 mixed doubles partner Palak Kohli lost their opening game, they gradually overcame compatriots Ruthick Ragupathi/Joshi 14-21 21-11 21-14 at the start of the day.

On his special achievement, Bhagat said: “It has been a very good day for me and of course Team India. 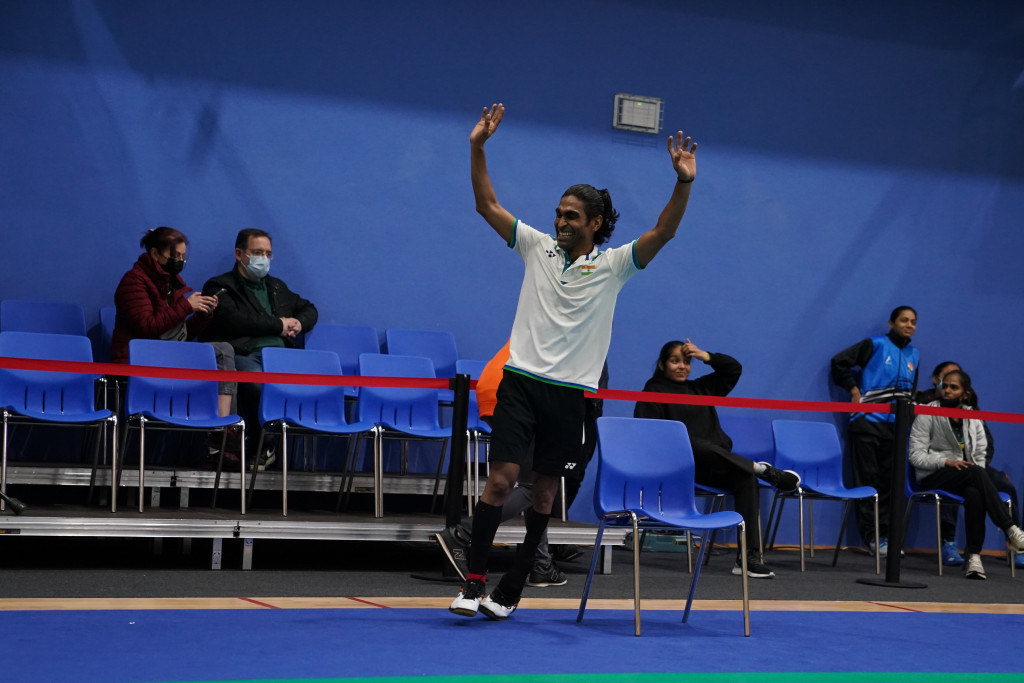 “It’s been a long time since the Paralympics, so it’s good to be back playing. I had some tough matches, but they all are. There are no easy games, you all want to win.

“Playing your teammates is hard. We practice together and I know their strokes and weaknesses. But I’m so happy with how Team India played. I’m so proud.”

On her international debut, Manisha Ramdass (SU5) proved a danger on the court with her dicey rallies and deft net play. The Indian collected a solid final win over Portugal’s Beatriz Monteiro 21-13 21-10 in just 15 minutes.

The 17-year-old was beaming post-match: “I didn’t have expectations coming into the final but now I have won gold!

“I will celebrate by having something tasty. A pizza or a burger perhaps,” she laughed. 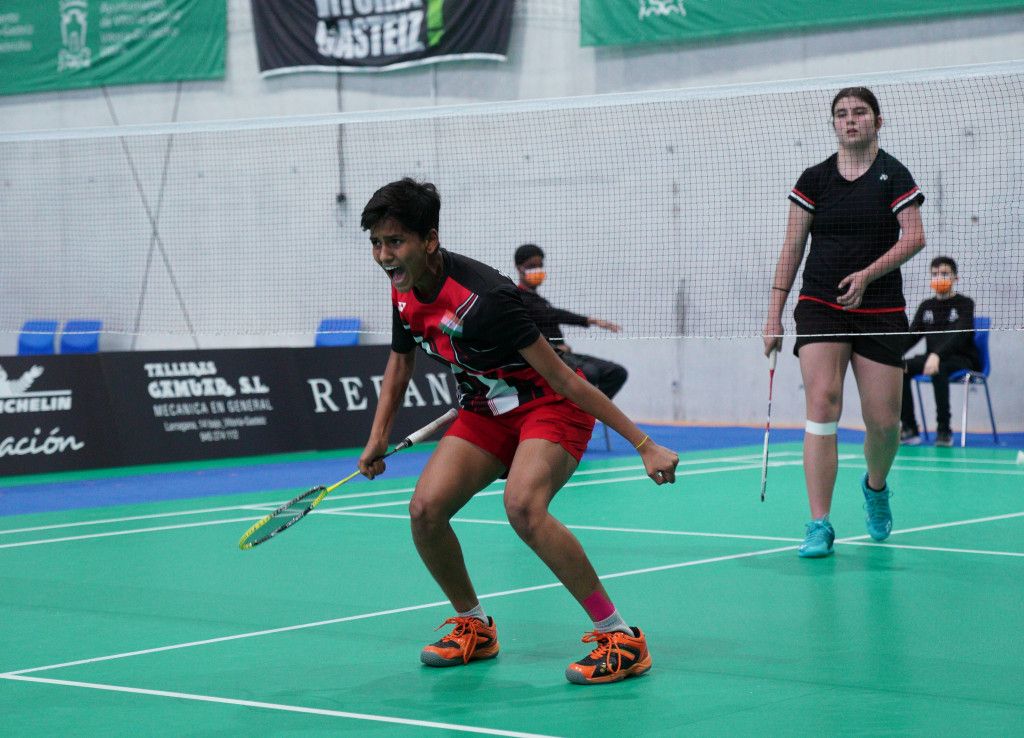 Ramdass won her maiden title on her international debut.

Paralympic champ Nagar (SH6) was back in action after his earlier win and sealed the deal against Brazil’s Vitor Gonçalves Tavares in a tight three-game match 24-26 21-17 21-9.

It was Bhagat and men’s doubles partner Manoj Sarkar who closed out the productive day for Team India after a topsy-turvy SL3-SL4 win over teammates Sukant Kadam/Kumar Nitesh 21-19 11-21 21-11.

In SU5 men’s singles, Fang Jen-yu was in a standoff against Meril Loquette for the crown. Both contenders had topped their respective groups and it was set to be a spicy final. The Chinese Taipei star struck form again at just the right time, outclassing the Frenchman 21-13 21-18 for his first title.

“After finishing second at the Peru Para Badminton International 2020, this means a great deal to me. I’ll have a meal with my teammates tonight (to celebrate),” he said. 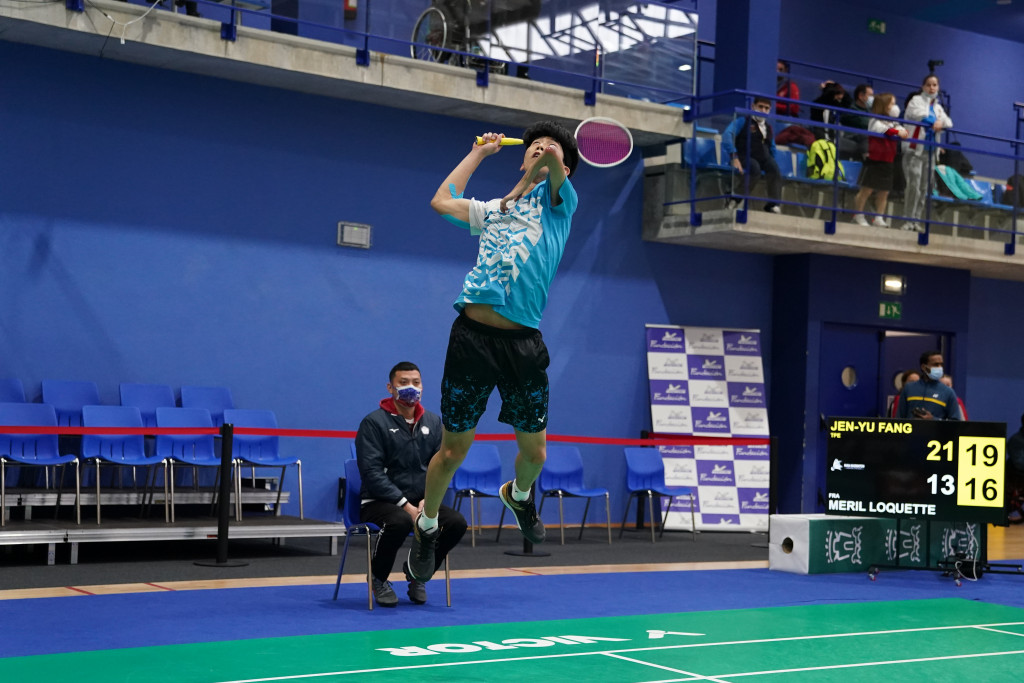