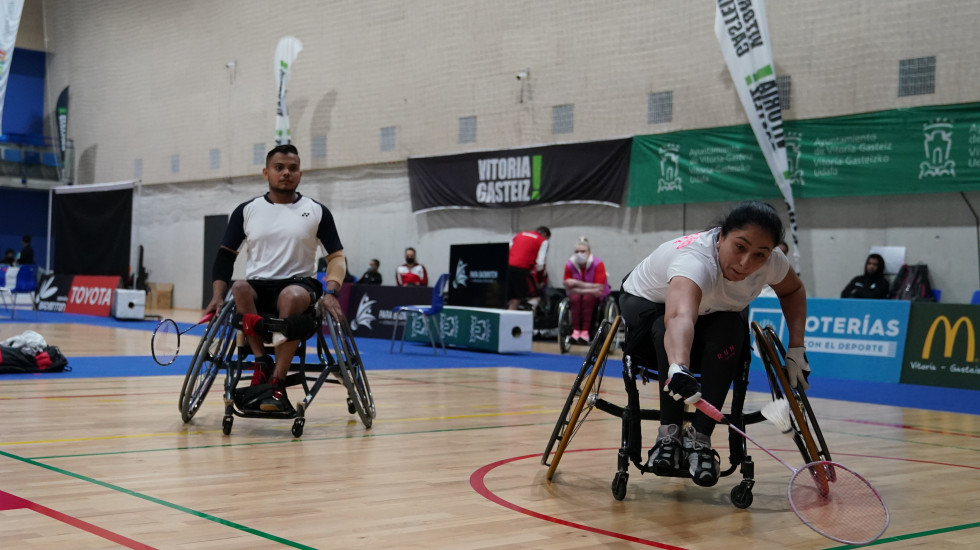 But for Hubaida from India, the relief and joy to be playing in Spain were apparent as he remarked after his defeat: “It’s not the winning that matters, but the taking part that counts.

“I’m so thankful for this tournament. It’s a fantastic hall, the court conditions are great and we are really enjoying playing,” he said post-match while praising Abdellatif with a hug.

In reply, Abdellatif commended her partner for his encouragement.

“I’m very lucky to have such a good player in my team. He’s always motivating me. He’s very animated on the court too,” she smiled. “It was difficult today, we didn’t have the luck but we’ll try in our next match. Take more risks.” 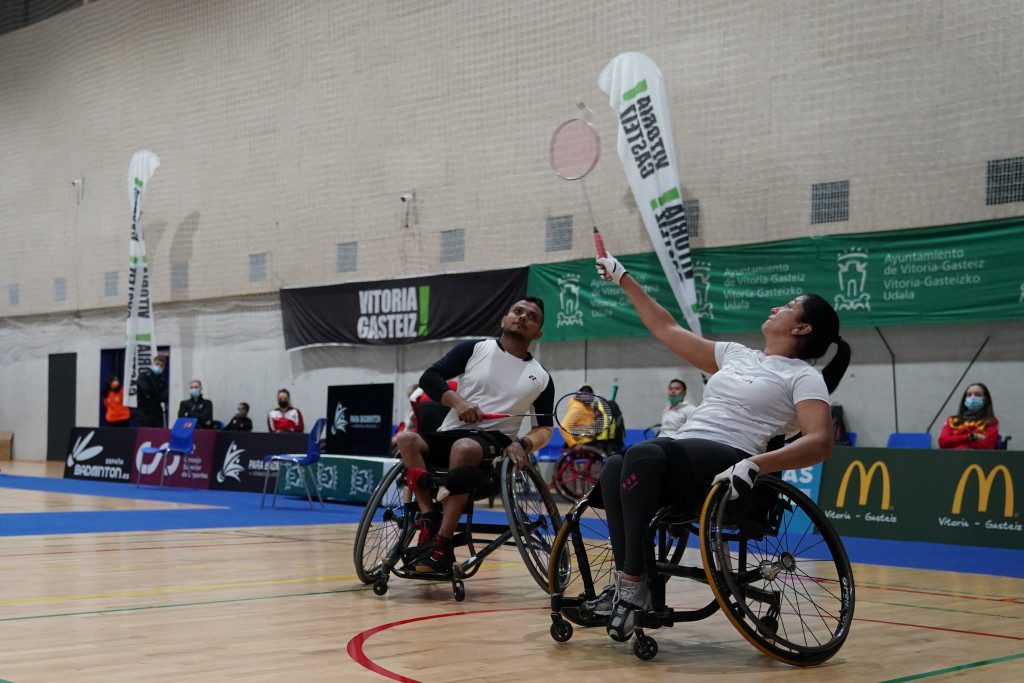 Hubaida chipped in: “As long as you play with happiness and play your game well, the result hopefully will be good too.”

Italian Yuri Ferrigno (WH1) finished second in Group A after securing one win and one loss on Day 3 of the competition in men’s singles.

Speaking post-match with a big smile, he said: “It wasn’t my best match but I’m feeling good and happy with what I did. I have a new coach I’ve been working with for a year and I’ve seen and felt improvements with my game.

“I haven’t competed in nine months and it’s really nice to be here and see everyone. I’m really happy to be playing Para badminton again.

“I feel much stronger in men’s singles but enjoy doubles too. As much match-play as possible is great for me.” 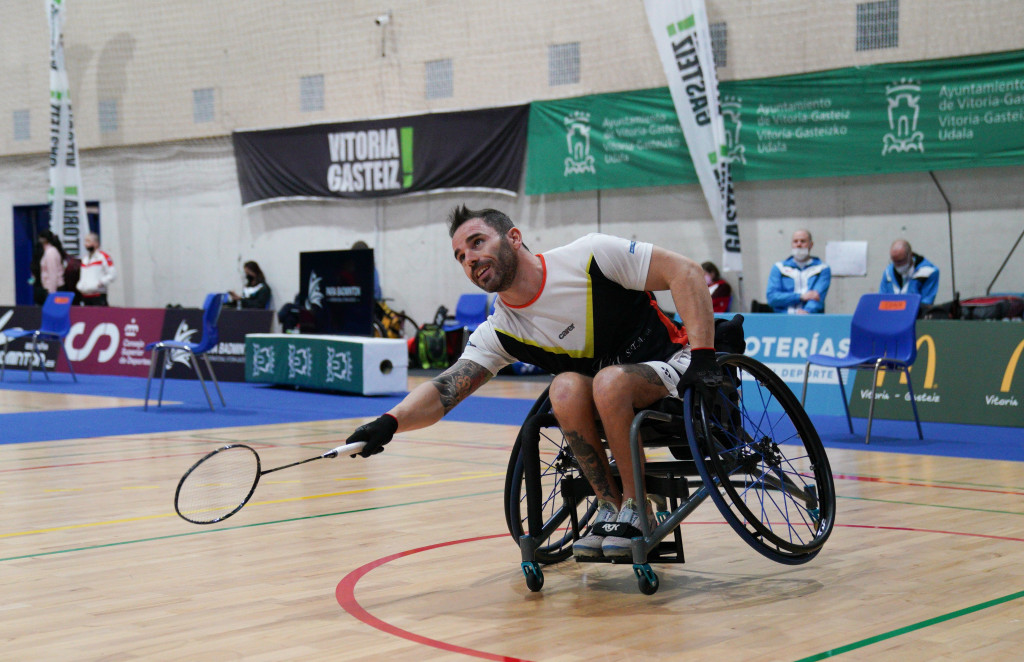 Ferrigno made it through to the quarterfinals after becoming Group A runner-up.

In form Helle Sofie Sagoey (SL4) cruised through her opening match against Portugal’s Inoi Ferreira 21-4 21-4. Clinching an unassailable lead in the opening game, the 2015 world champion looks to strike form once again.

With one match still to play in Group A of the round robin round, the Norwegian is keeping herself grounded. 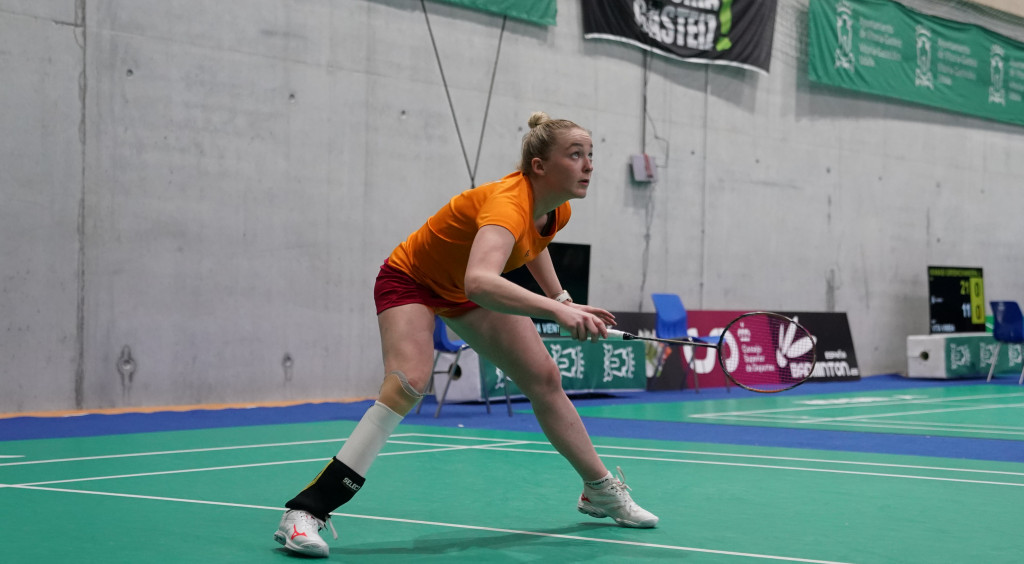 Steady Sagoey is focused on winning.

“It’s my first singles match and the goal was to focus and keep a cool head,” said Sagoey, who played three mixed doubles matches with Swede Rickard Nilsson (SL3 -SU5) during the early stages of the competition.

“My movement felt good and I was mentally ready for the match and the tournament this week. I’ve really enjoyed playing two categories, there is so much to still learn.

“The Tokyo 2020 Paralympic Games gave huge motivation and hunger to continually get better and stronger. My training has been going well and I’ve been working on strength conditioning too.”