Chinese greats Zhang Ning, Cai Yun and Fu Haifeng were inducted into the BWF Hall of Fame today in a virtual ceremony.

The ceremony, which was attended by media representatives, was an occasion for the three to go down memory lane and relive the memorable moments of their career, besides offering advice to their younger compatriots as they prepare for Tokyo 2020.

The Hall of Fame was started in 1997 and honours players and administrators who have enhanced the sport through exceptional achievements. 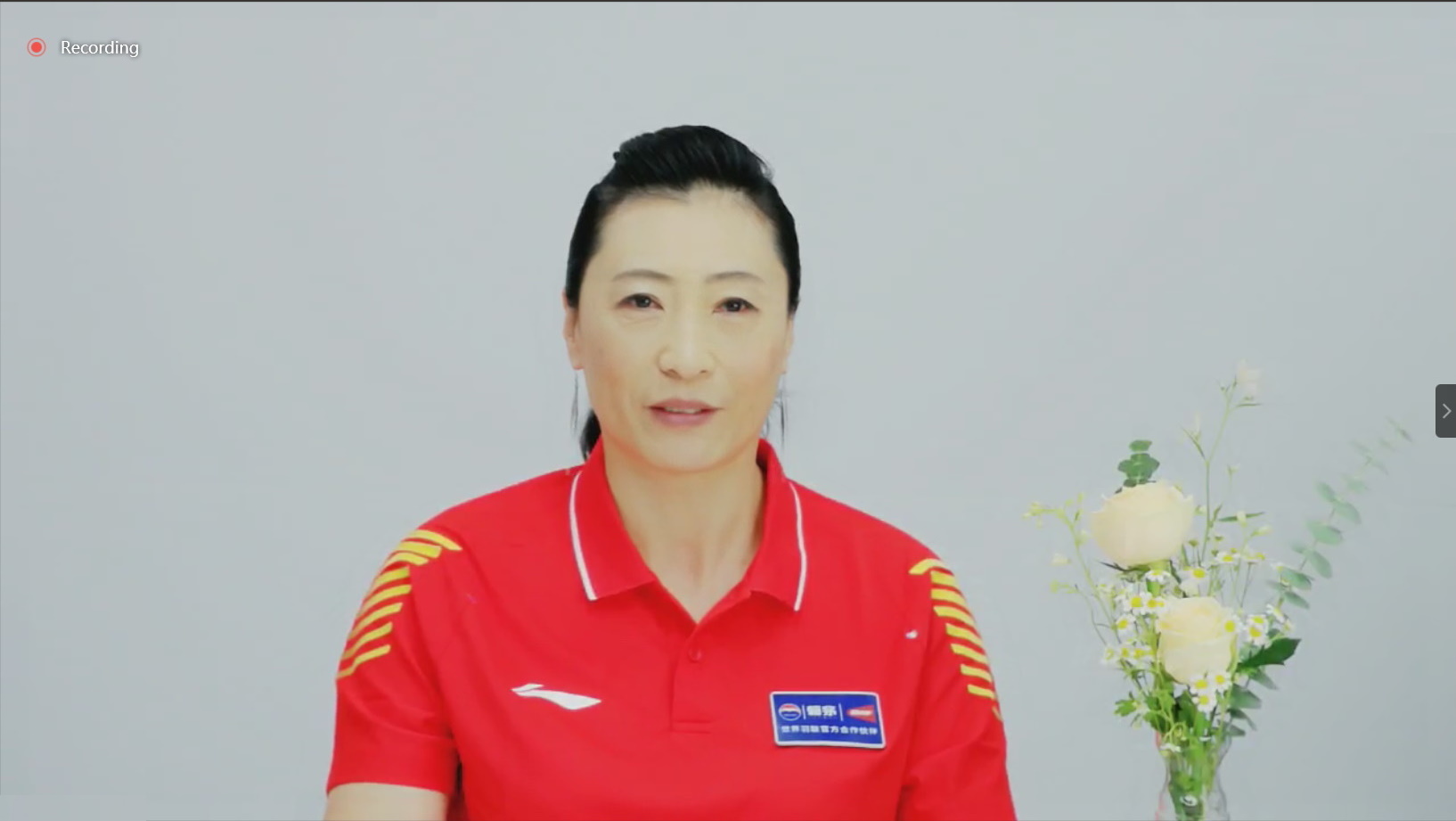 Zhang Ning during the virtual ceremony.

“It gives me immense pleasure to welcome Zhang Ning, Cai Yun and Fu Haifeng to the BWF Hall of Fame. This is a richly-deserved honour for these three great players from China,” said Høyer.

“For over a decade, they played at an incredibly high level, which helped them win every major title in badminton. Most importantly, the standards they set will always be a challenge for younger generations of players who seek to emulate them. Their performances are illustration of the excellence that the human spirit can aspire to. They have contributed immensely to badminton, and I’m sure they will continue to inspire players of the future.”

Also welcoming their induction was Chinese Badminton Association President Zhang Jun, who was himself named to the Hall of Fame in 2011.

A virtual handover of certificates and pins marked their formal induction.

Thanking BWF for the honour, and expressing gratitude to CBA and their coaches, Zhang, Cai and Fu reminisced about their momentous journey, which saw them win Olympic and world titles. All three set landmarks that haven’t been matched – while Zhang is the only women’s singles player to win two Olympic gold medals, Cai and Fu are the only men’s doubles pair to win four World Championships. They pledged to continue working for the growth of badminton.

Zhang attributed her two gold medal victories to her work ethic and ability to set high standards for herself.

“In the Athens 2004 final I met the talented Mia Audina. I’d lost to her before, but I was confident and my coach went over many tactics beforehand and I was able to beat her. In 2008, there was less pressure as both finalists were from China. We were equally matched and I knew it would be tough. I worked very hard in the match and I could leverage all my efforts,” said Zhang.

Cai and Fu attributed their success to steeling themselves to work harder after the disappointment of losing the Beijing 2008 final.

“The most memorable moment of my career was in 2008 because China were hosts and we were eager to win gold. There was a lot of pressure because China had never won the men’s doubles gold at the Olympics. But we lost that final after being a game up, and we were so disappointed. We were talking with each other at 5am the next morning as we were very sad. But from there we were able to win three more World Championships and the London Olympics 2012 gold medal,” recalled Cai Yun.

Fu Haifeng agreed that they had used the setback to spur them onward.

“That loss in 2008 affected my career. As hosts of the Olympics, our aim was to win gold. After the match we matured and it helped us gain courage and confidence to win World Championships and the Olympics,” said Fu.