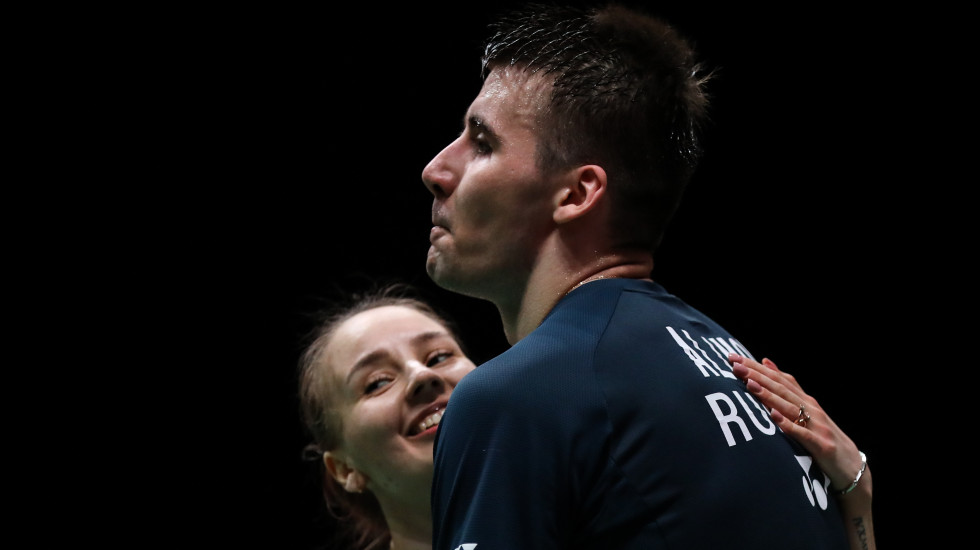 Rodion Alimov and Alina Davletova’s triumph, at the European Championships 2021 in Kyiv earlier this month, signalled the arrival of an exciting pair as they captured their career’s biggest title. 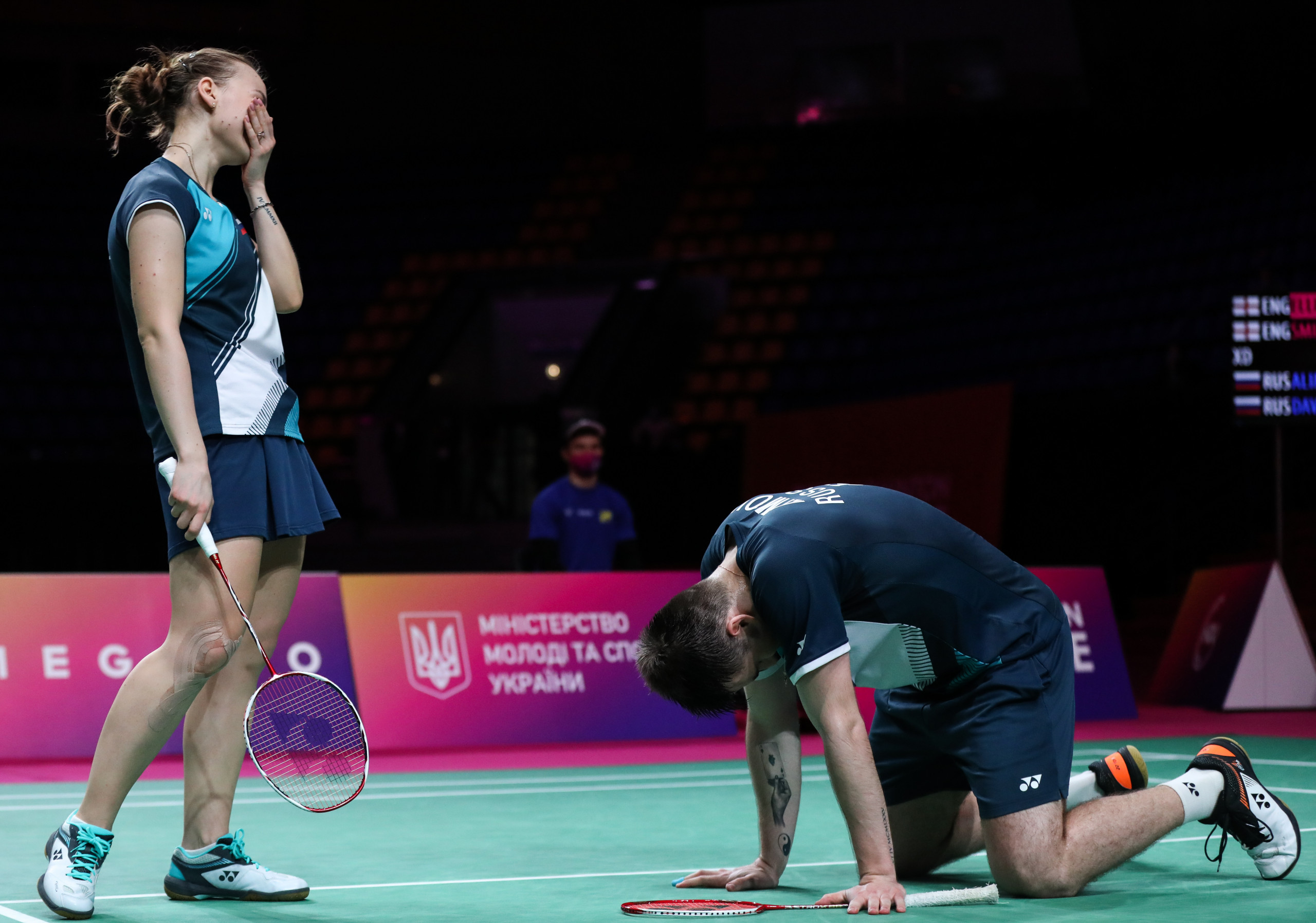 Alimov and Davletova after their historic win in the final.

Alimov and Davletova have been a promising pair over the last few years, and it all came together in Kyiv. The favourites for the title, considering recent form, were Thom Gicquel/Delphine Delrue, but the Russians shut them out in straight games in the quarterfinals. Interestingly, it was their sixth win in seven matches over Gicquel/Delrue.

Against Mark Lamsfuss/Isabel Herttrich in the semifinals, Alimov and Davletova showed great nerve at the death, overcoming four match points, 20-22 21-14 24-22.

They were up against the experienced Marcus Ellis/Lauren Smith in the final, and after a first game setback, fought their way back, 11-21 21-16 21-15, to claim the title.

“It’s amazing. It’s the first time in history for Russia and we are really happy,” said Alimov to Badminton Europe. “The last two times we’d lost in straight games (to Ellis/Smith), and the first game we were on the defensive. But in the second and third we played more aggressively and that worked.”

While the European Championships victory might not be sufficient to see them through to the qualifying list for Tokyo 2020, the triumph is proof that the young Russians are capable of breaking into the top echelons of the game. Both are in their early 20s, and that bodes well for Russian and European badminton. Their best result previously was the Syed Modi Championships in December 2019. 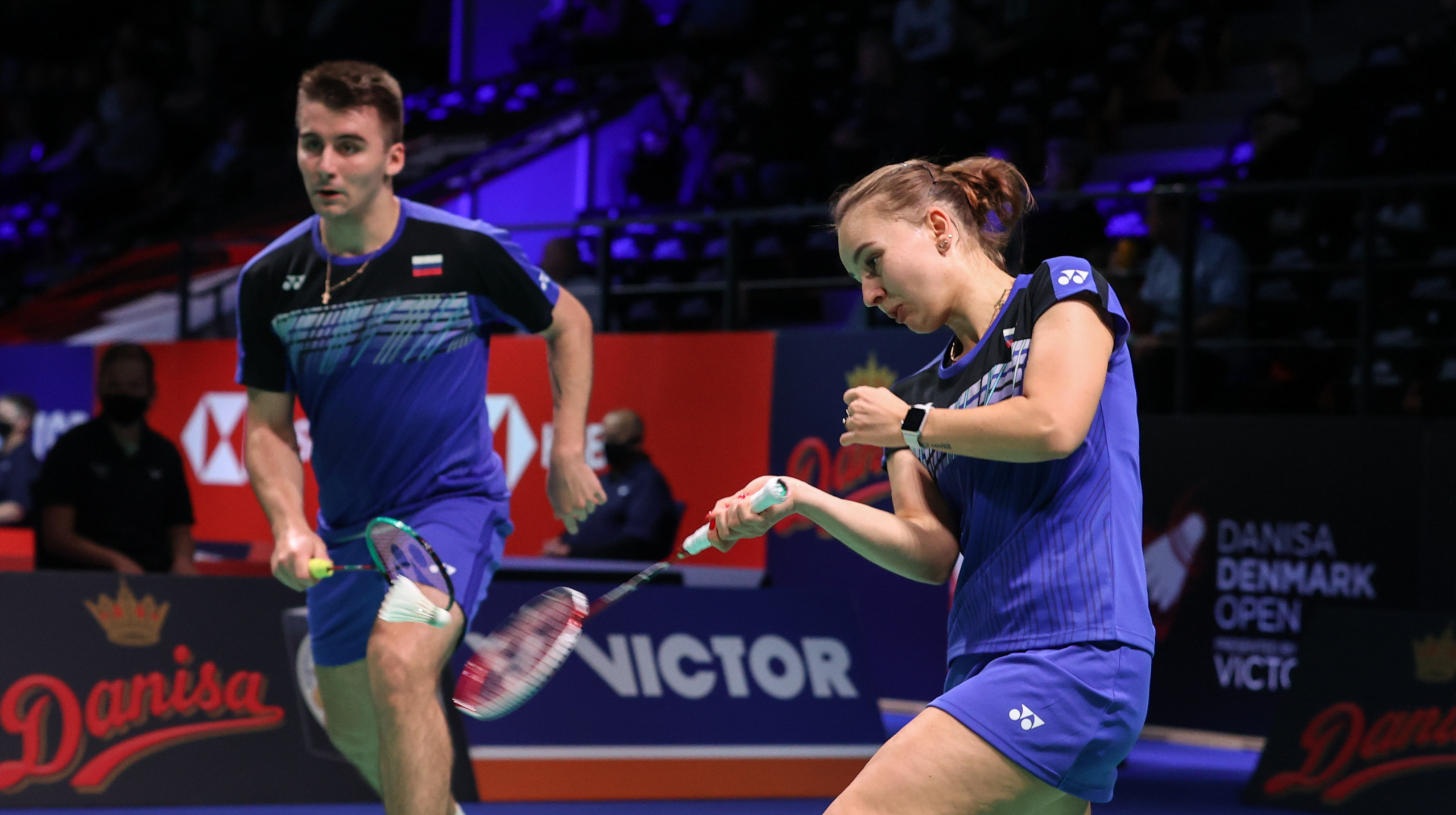 Among those closely following their performances is Baptiste Careme. As mixed doubles coach of France, Careme has had the Russians frequently run into his top team, and he is acutely aware of their strengths. With a 6-1 record over his players Gicquel and Delrue, Alimov and Davletova have been a hard pair to crack for the French.

“Obviously there is the psychological effect because they know each other for a long time and they lost to them a few times.”

The two pairs go back a few years; their first meeting was in 2017 when the Russians prevailed in three tight games. 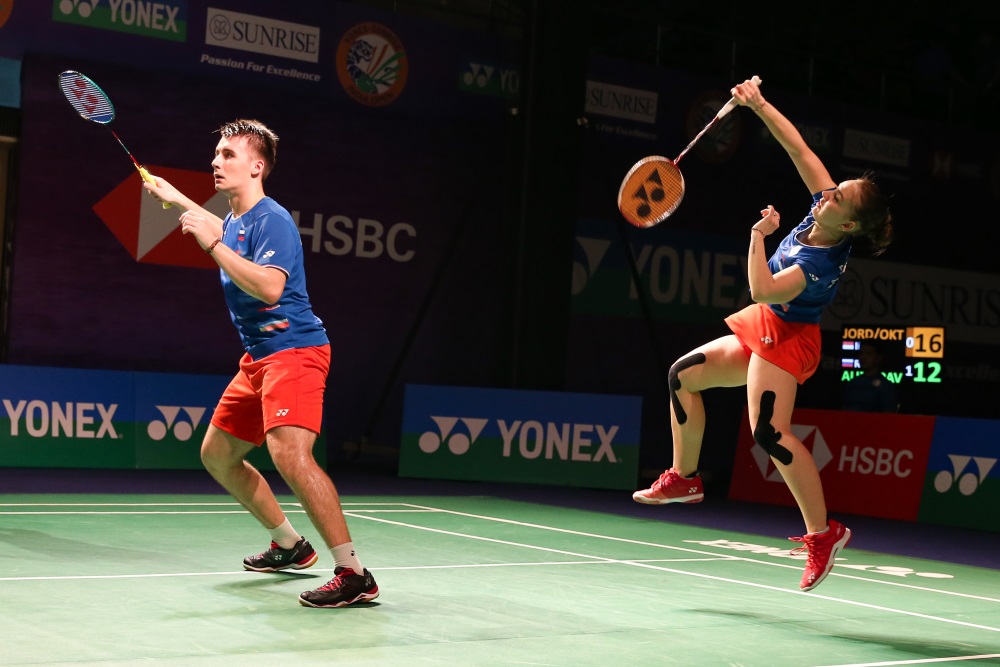 “They’re a bit like Thom and Delphine, they improved a lot after the lockdown,” says Careme. “They’ve worked physically and move better on court, and so they are capable now and quite dangerous.