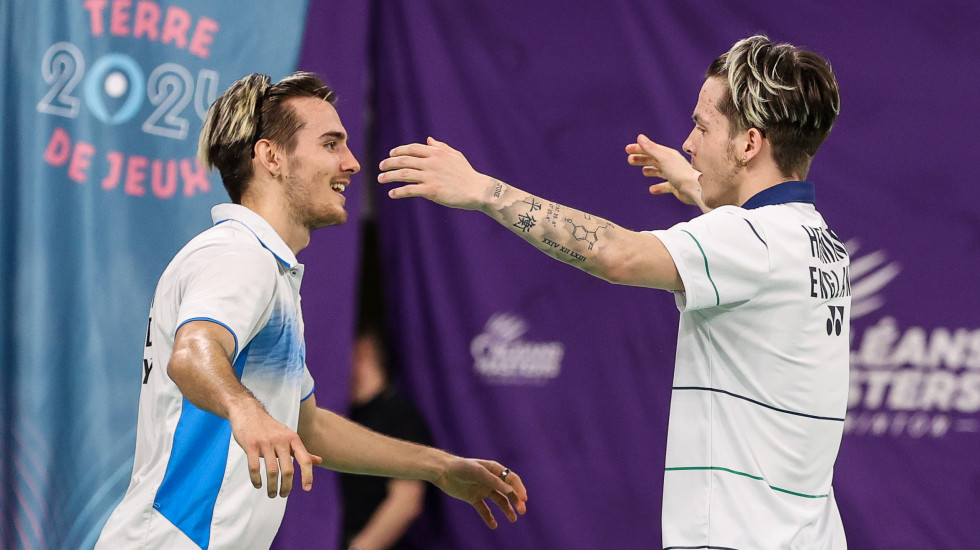 From an early age, Steven Stallwood and Callum Hemming believed they were destined for great things.

Last month, the English men’s pair made their All England Open debut, marking a pivotal moment in their career.

“We met each other when we were about nine,” recalled Hemming, now 21.

“I got scouted at nine. Callum had been playing for about a year at the Milton Keynes Academy. We became good friends instantly just through our love of sport and competitiveness. We’ve grown up together,” added Stallwood. 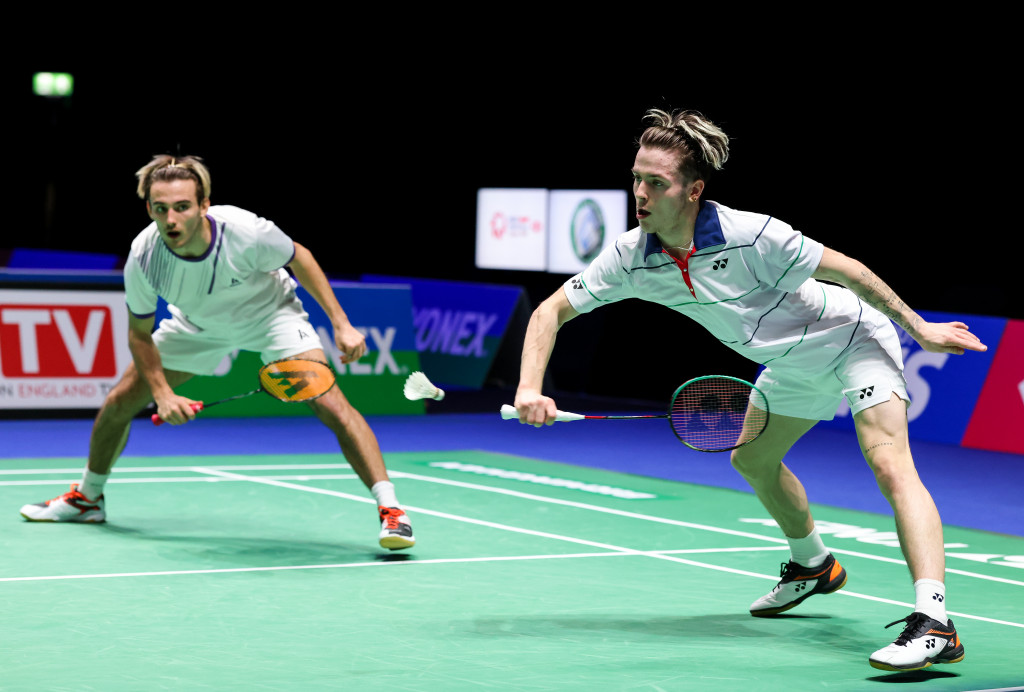 Stallwood (left) and Hemming made their doubles debut at All England last month.

Despite their long friendship, the world No.80 duo had only recently been paired up to compete at their first Super 1000 event.

“It was amazing, pretty surreal. We’ve been going to spectate at All England for years as huge fans. So to play there was amazing. We hadn’t even played in a partnership since we were 11, so it all happened very quickly. It was a dream come true,” smiled Hemming.

Winning their opening match against feisty Danes Daniel Lundgaard/Mathias Thyrri 16-21 21-18 21-17 teed up a duel against senior compatriots Marcus Ellis and Chris Langridge. Falling to the Denmark Open 2020 winners in the last 16 was not dispiriting. 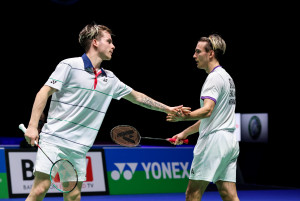 The duo have been friends since the age of nine.

“We loved every second of it. We had a great time,” said Stallwood, 22.

The spark and comradeship is apparent as the pair talk about their lifelong friendship shaping the foundation of their nascent partnership.

“What really works for us is having known each other for so long,” said Stallwood. “We have great communication and trust each other on and off the court. That’s helped us improve quicker than other (young English) pairs.”

With World Championship titles, Olympic Games and success at the next All England in their sights, the duet say their different playing styles coupled with speed could make them a force in future.

“Being quick is a big asset and something to use in the future. We want to be the best. We want to play against the best and win the best tournaments,” said Stallwood.

Hemming added: “We know how to get the most out of each other.”

Knowing how and when to speak to hype up momentum against opponents is also key to a successful partnership, points out Hemming, who accepts he is the motivator of the two but “communication on court goes both ways”.

Stallwood said: “Callum can read me. He knows if I’m feeling down or not playing my best.

“We’ve been on a badminton journey together, played together, competed and it’s been really fun.”

Hemming concluded: “We’ve travelled the world together, been on holidays and spent time with each other’s families too. We’re pretty inseparable to be fair.”