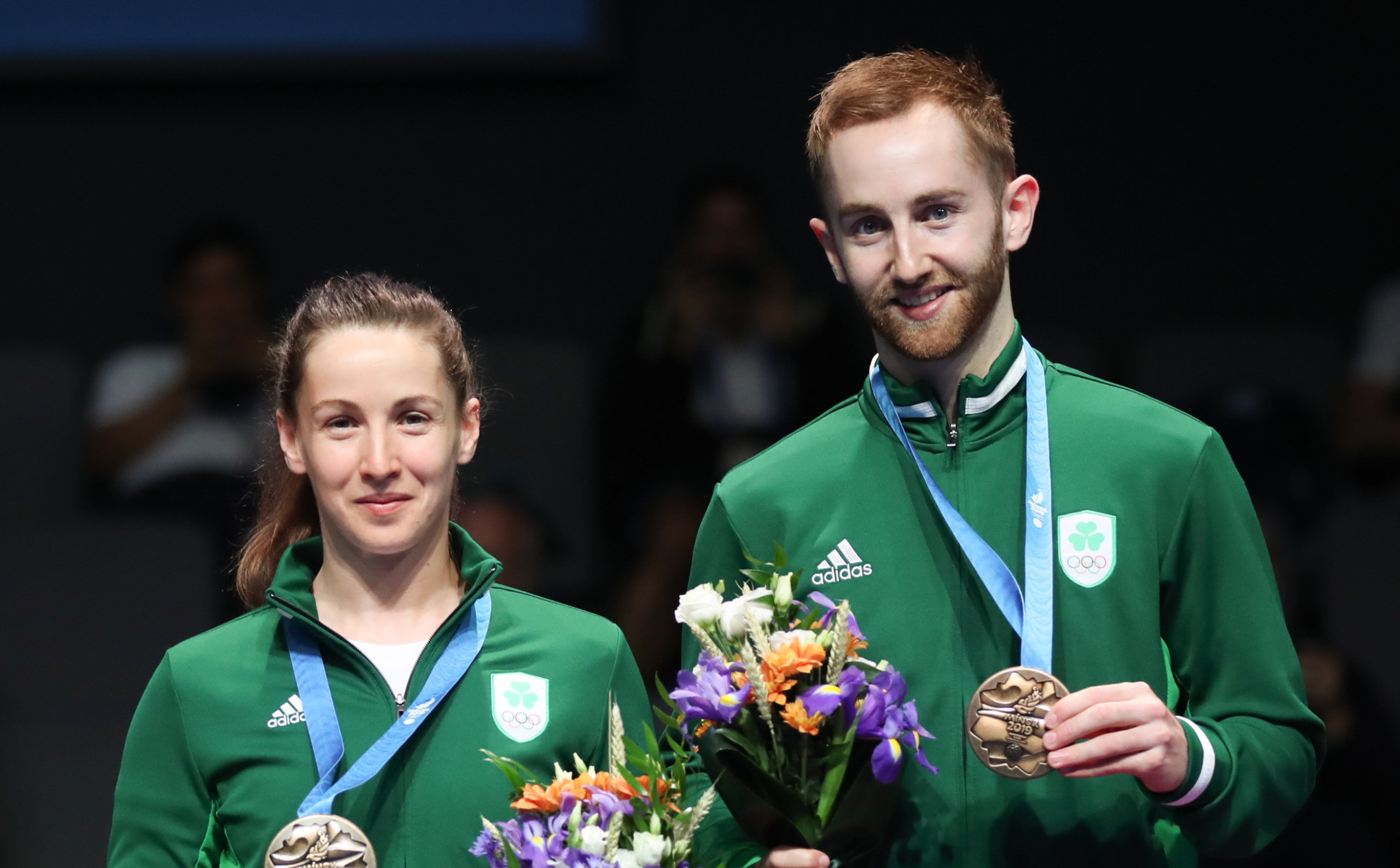 Chloe Magee was just 19 when she competed at her first Olympic Games in Beijing in 2008.

It was monumental for the now 32-year-old, because she was also the first female to win an Olympic badminton match for Ireland, beating Estonian Kati Tolmoff in the women’s singles first round.

She then qualified to the two ensuing Olympics and added another win at London 2012 over Egypt’s Hadia Hosny.

“For a long time I’ve been the best female player in the country so I’ve always led the way when it comes to raising the profile of badminton in Ireland,” Chloe said. “London 2012 was my standout best experience.”

Younger brother and mixed doubles partner Sam Magee says Tokyo 2020 is all he can think about.

“I haven’t made the Olympics so that’s the dream although it’s looking quite tough. Of course there are tournaments we’d like to win, but I’d sacrifice those to get to the Olympics,” said Sam.

“We’re just going play every tournament we can. I’m tunnel vision-focused. If it works, it works, but if it doesn’t, at least we can say we gave it our all.”

The siblings competed in October at DANISA Denmark Open, the first tournament back after a COVID-19 enforced hiatus, losing in the quarterfinals to French pair Julien Maio/Lea Palermo. They then featured at YONEX Swiss Open 2021 and YONEX All England Open 2021, making the last 16 at both tournaments. The pair claimed a big upset in Birmingham, defeating seeded Malaysians Goh Soon Huat/Lai Shevon Jemie in the opening round.

“We had nothing until Swiss Open, so we felt quite rusty. But it was good to play the Swiss Open to get our feeling back,”said Chloe. 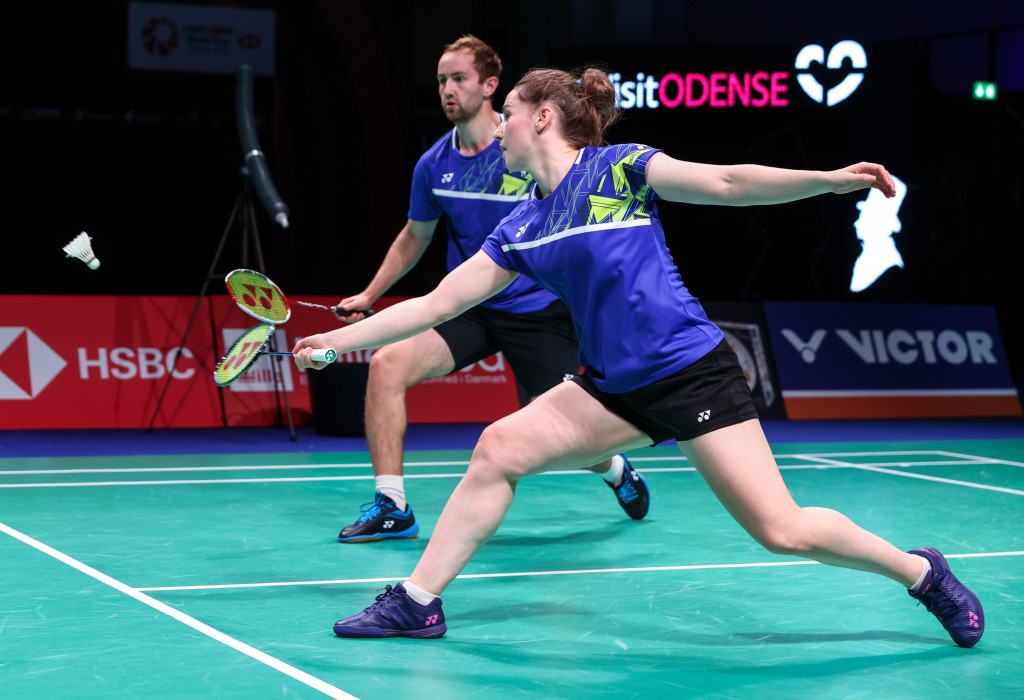 The Magees at the DANISA Denmark Open 2020.

Badminton truly runs through the veins of the Magee family. Younger brother Joshua is also competing on the circuit while older brother Dan stepped in as interim coach for the pair last year.

Now the duo have an Indonesian coach. However, not too far away, Dan continues to keep an eye as Performance Director for Badminton Ireland.

“It’s tough, all aspects of playing with one brother, then being coached by another,” laughed Chloe.

“You just have to be professional about it. It’s normal to have debates in training. Outside training we really don’t see each other that much. Dan wants to make us better and we want to get better too.”

“There’s always that competition and we also have Joshua who trains with us. Of course there comes a time when you are on court and have to put it aside and figure out what’s best for the partnership. But there will always be sibling rivalry no matter what. We can’t get rid of that,” he chuckled. 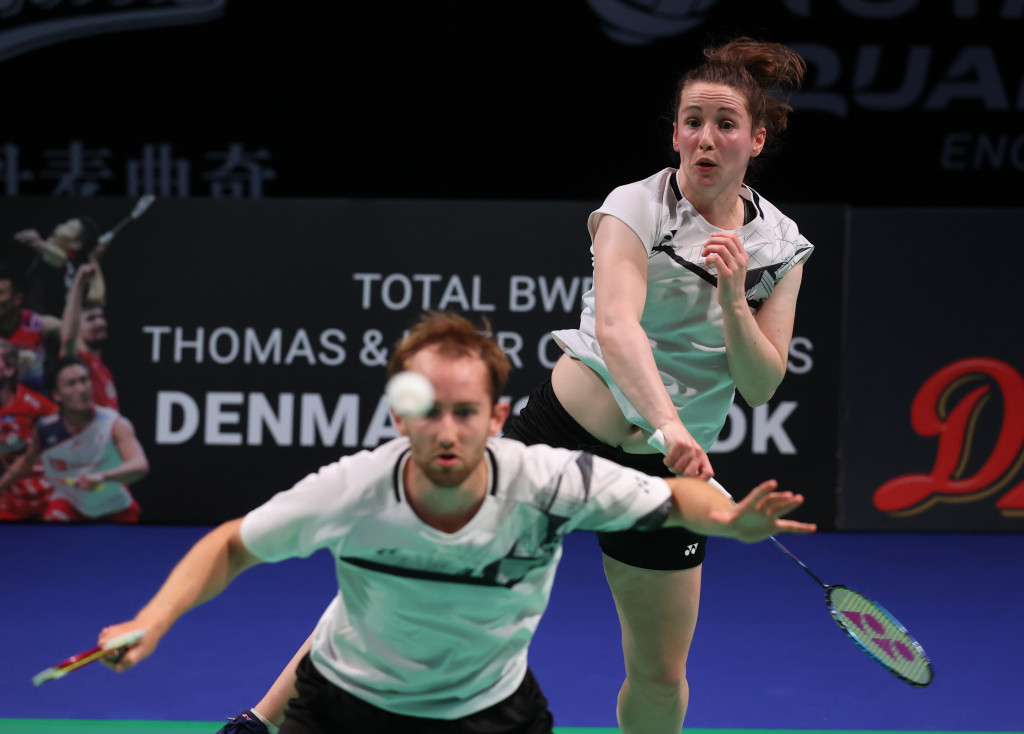 Chloe (right) is keen to see a fresh field of Irish female players.

Chloe revealed she is now edging closer to retirement.

“If in the next generation we can produce five-six female players, that would be a huge boost to Irish badminton. I’d love us to have a squad of female players,” she said.

“And also raise the profile of female players in Ireland to give the next generation the pathway to see they can start young and go all the way to the Olympics.”