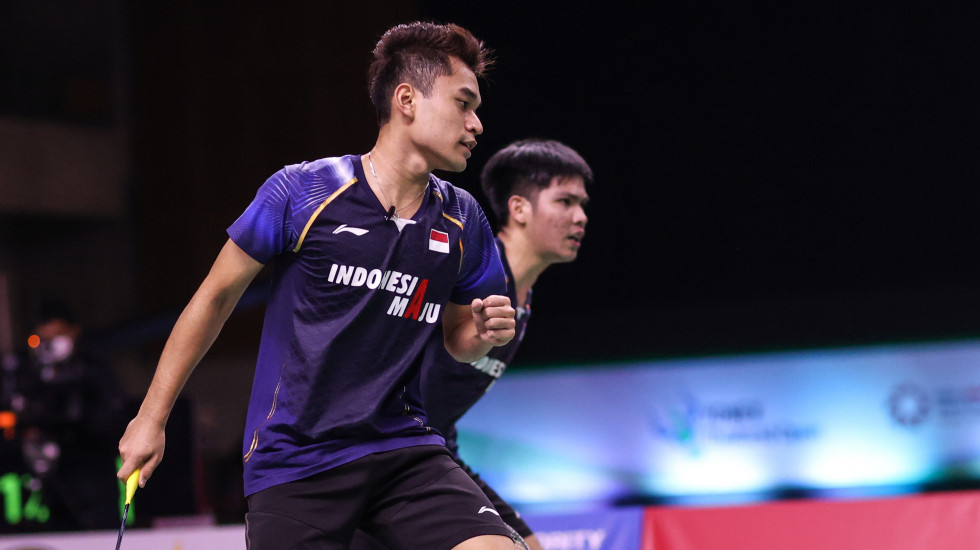 World junior champions Leo Rolly Carnando and Daniel Marthin, who made an impressive debut at the elite level during the Asian Leg, were rewarded for their efforts as they jumped up by 35 places in the BWF World Rankings.

The rankings, frozen in March 2020, were unfrozen on Tuesday. 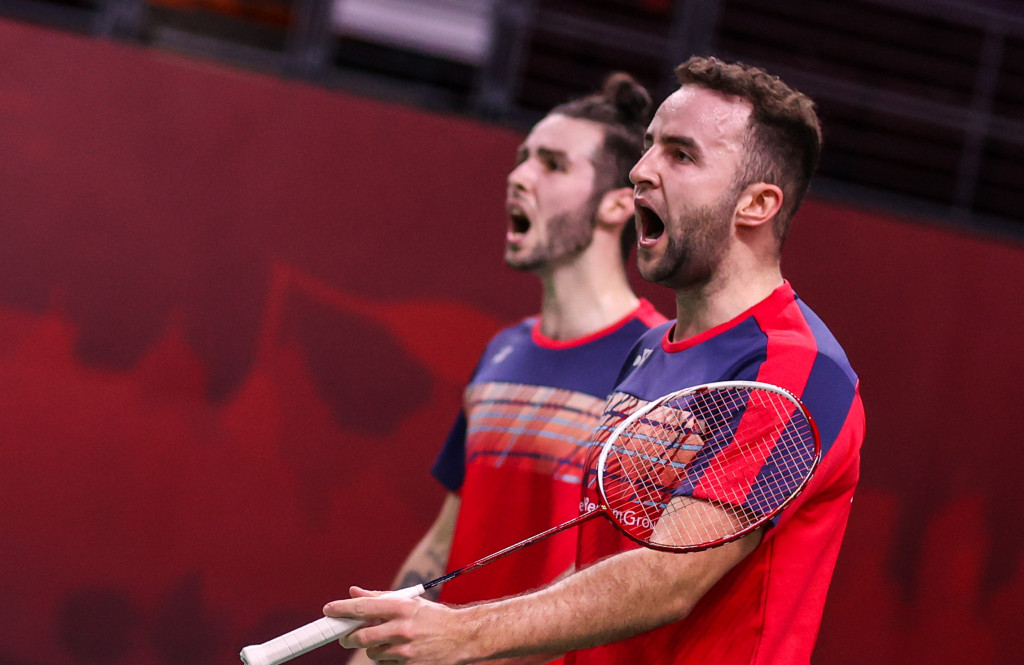 At the TOYOTA Thailand Open the next week, they got the better of top Danish pair Kim Astrup/Anders Skaarup Rasmussen in the opening round. These results help them vault to No.42.

There were significant shifts for those who had performed well in Bangkok. England’s Ben Lane/Sean Vendy, quarterfinalists at the TOYOTA Thailand Open and semifinalists at the HSBC BWF World Tour Finals 2020, moved up by eight places to No.18. Malaysians Goh V Shem/Tan Wee Kiong, who struck form finished runners-up in the first event of the Asian Leg, jumped four places to No.11.

Within the top 10, the biggest jump was by Chinese Taipei’s Wang Chi-Lin/Lee Yang, who swept the three events of the Asian Leg and are now at No.3. 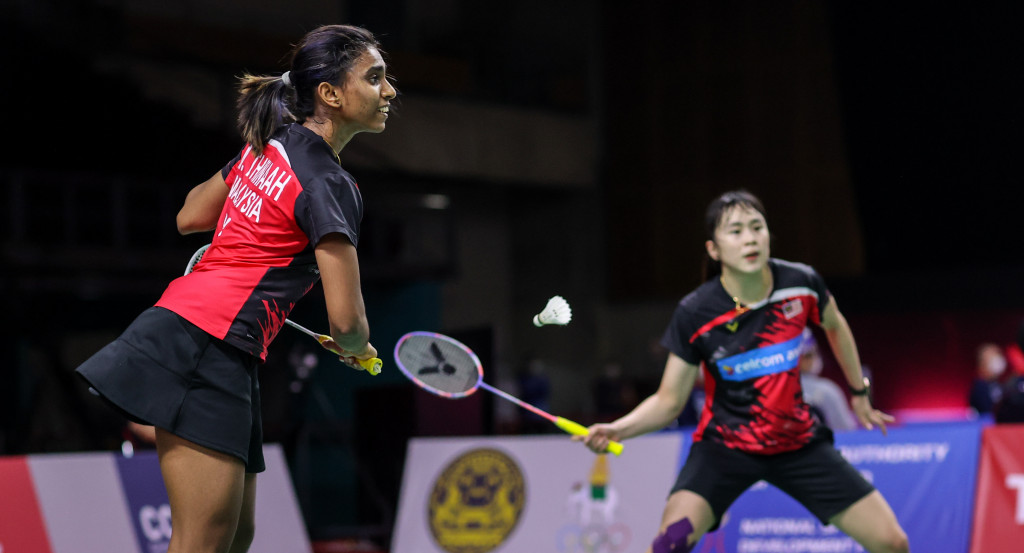 In women’s doubles, Malaysia’s Pearly Tan/Thinaah Muralitharan, quarterfinalists at the first two events of the Asian Leg, broke into the top 30, moving up nine places.

Compatriots Chow Mei Kuan/Lee Meng Yean and Vivian Hoo/Yap Cheng Wen also progressed by four and seven places, to No.10 and No.17 respectively.

In mixed doubles, Satwiksairaj Rankireddy/Ashwini Ponnappa, semifinalists at the TOYOTA Thailand Open, leapt 16 spots to No.19, breaking into the top 20 for the first time.

France’s Thom Gicquel/Delphine Delrue, who were in sizzling form and made two semifinals in the three events of the Asian Leg, climbed up three places to No.13. Also moving up were Goh Soon Huat/Shevon Jemie Lai, to No.10.

While there was no displacement of the No.1 players in four of the five categories, women’s doubles saw Yuki Fukushima/Sayaka Hirota displacing Chen Qing Chen/Jia Yi Fan as the top pair thanks to their victory at the Denmark Open. 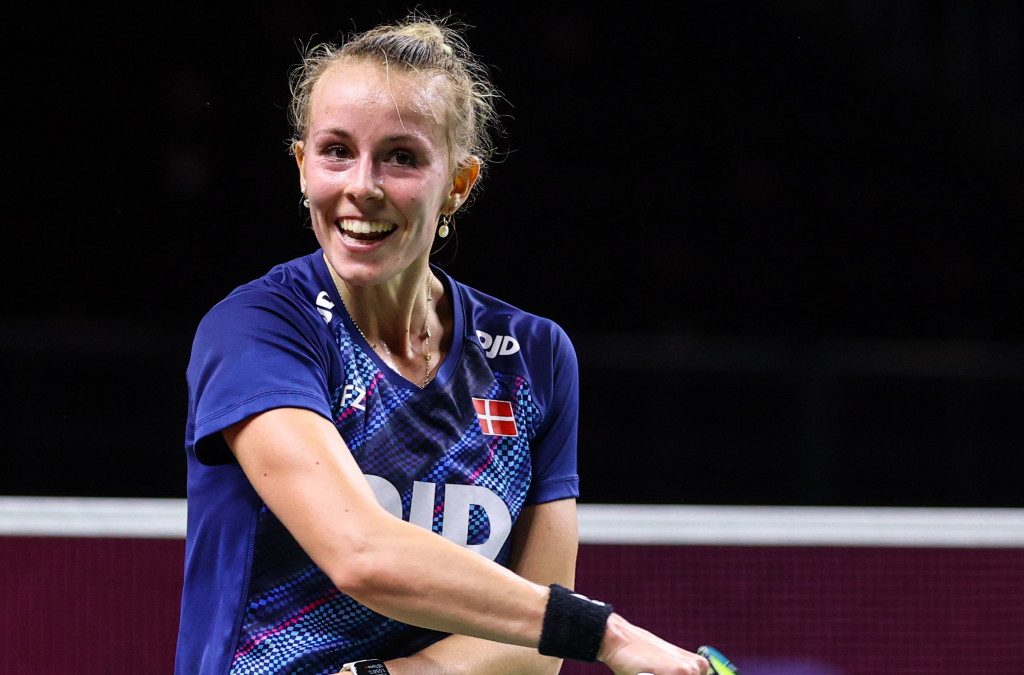 In singles, Viktor Axelsen and Carolina Marin, who won the first two events in the Asian Leg, moved up two places in the rankings. Axelsen is now No.2, 14,840 points behind top-ranked Kento Momota, who hasn’t played an event since winning the Malaysia Masters in January 2020. Marin is now No.3 behind Tai Tzu Ying and Chen Yu Fei.

Other significant shifts were seen in men’s singles, with Wang Tzu Wei moving up four spots to No.10, and Hans-Kristian Solberg Vittinghus, finalist at the TOYOTA Thailand Open, moving up 13 spots to No.23.