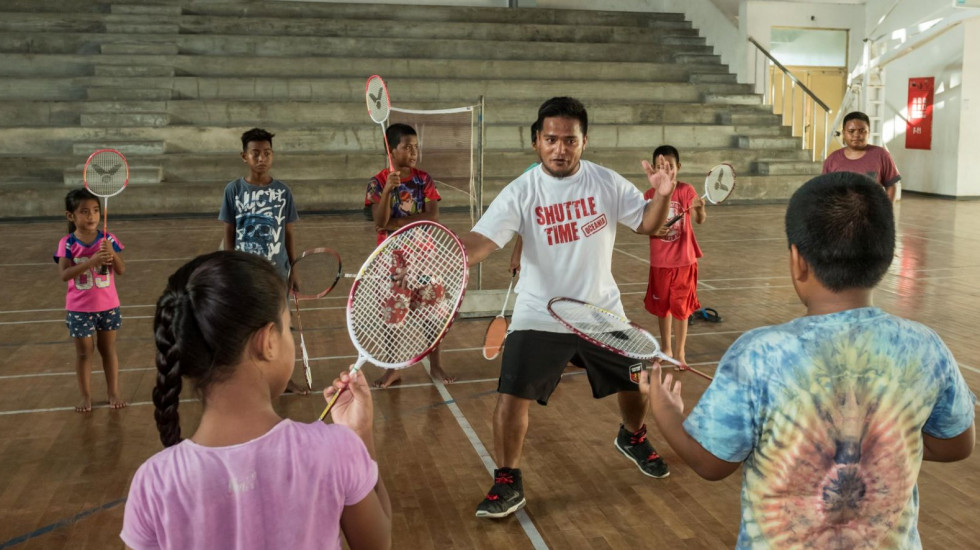 Despite having a population of 120,000 and a land mass of 811 square kilometres, there is almost 4,000km between the easternmost and westernmost parts of Kiribati – almost as wide as Australia.

At its highest point, Kiribati stands at just eight metres above sea level. Once combined, the 33 stunning, paradisiac islands and atolls make it the only country to cross all four hemispheres.

With such remoteness comes great challenges.

However, since becoming a Member Association in 2010, the Kiribati Badminton Federation has made encouraging progress in its efforts to bring the sport to a small nation.

Leading the charge is Shuttle Time coordinator Tongoboo Beero, who first came across Shuttle Time in 2012 as a participant. Since then, Beero has powered through the ranks.

In 2019, he was one of 10 trained Shuttle Time teachers who inspired over 600 participants into getting fit and active within their communities with badminton. Earlier this year, he was part of a leadership team who delivered training to expand Kiribati’s Shuttle Time teacher pool. His efforts earned him a space in BWF’s Humans of Shuttle Time campaign.

Moreover, other teachers from Kiribati have noticed a significant rise in popularity.

Taonibeia Mwakuti has delivered to more than 50 kids in her community, making a big difference to the lives of people who only have a limited number of other activities to keep them engaged. 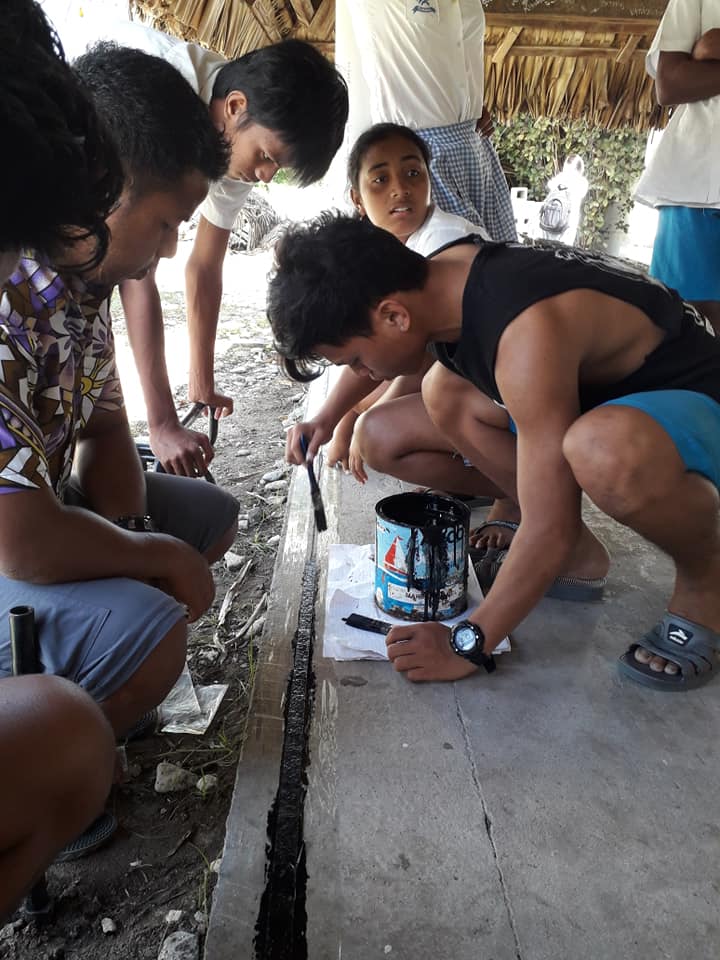 “We both enjoy the game and can say we’ve improved a lot especially with our grips and serving technique,” say Mwakuti’s students, Biritia Peter and Eimwa Obwaia.

The complex logistics involved in sending and receiving badminton equipment is one issue for the remote nation. However, finding a suitable court to play on is another.

To combat the lacking facilities, many of the Pacific Islands play outdoors. However, Shuttle Time teachers and students came together recently to paint the lines of a badminton court under a shelter to give a better understanding of the game.

The growth of badminton has provided some exciting opportunities for aspiring players from Kiribati.

Women’s pair Teitiria Utimawa/Tinabora Takeiaki played at the Samoa 2019 Pacific Games. Since then, they have competed in a handful of domestic tournaments in Australia and BWF Grade 3 events, winning their first international match at the Perth International 2019.

News of their success rippled across the Pacific and has inspired more women to pick up a racket.