Badminton is booming in Kiribati thanks to two young ladies.

Badminton continues to be a strong supporter of Peace and Sport’s annual observance of the International Day of Sport for Development and Peace – April 6.

The core message of the this year’s #WhiteCard campaign is: “Behind each #WhiteCard, there is a story”.

One amazing success story is from the tiny Pacific Ocean island of Kiribati, where more women are now inspired to pick up a racket and play badminton.

Credit for the sport’s rise in popularity goes to Teitiria Utimawa and Tinabora Takeiaki, whose inspiring success has turned them into the perfect role models in their home nation.

Having based themselves in Melbourne over the last year with coach Dean Lewis, the girls have stormed into the Oceania badminton scene.

With barely any international experience, they competed at the Samoa 2019 Pacific Games last July, where their unbeaten run was checked by Fiji’s Karyn and Andra Whiteside over three close games.

It was still an incredible feat – their opponents were seasoned shuttlers who had featured at two Commonwealth Games (2006 and 2018) and the TOTAL BWF Sudirman Cup 2017. 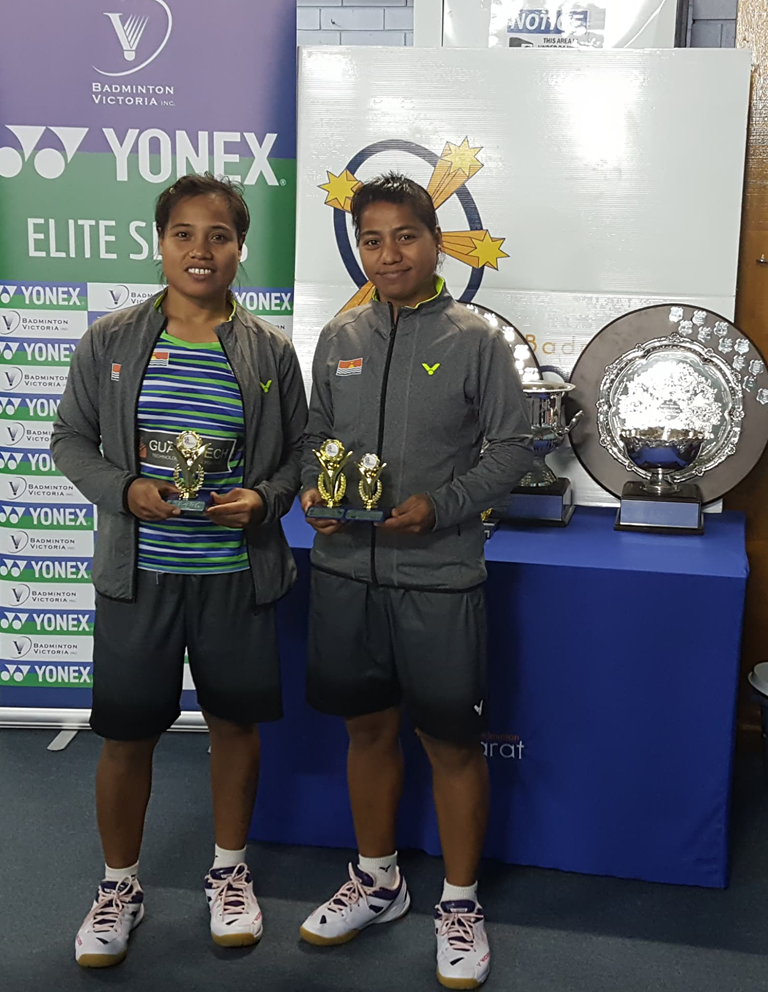 All smiles after winning the women’s doubles in Ballarat.

They then competed at the Perth International and South Australia International, with Utimawa celebrating a win in women’s singles and doubles at their first BWF Future Series event.

The pair also made the VICTOR Oceania Championships 2020 quarterfinals and a month later, returned to the same courts to win the Ballarat A Grade tournament women’s doubles title.

Prior to its postponement, Utimawa had been a potential contender for a place at the Tokyo 2020 Olympic Games, through the Tripartite Commission, which allows for participation by athletes from National Olympic Committees who have little or no representation at the Summer Games.

News of their success have lifted Kiribati, where the Shuttle Time Schools Programme is thriving.

Last year, Kiribati Badminton Federation trained 10 new Shuttle Time teachers and delivered to over 600 participants – of which 40 per cent were women experiencing the sport for the first time.

Naturally, Utimawa and Takeiaki are elated by the impact they have created.

“The interest this has generated in Kiribati is outstanding. We know there are more women involved than ever before, from little kids to elderly women,” they told Badminton Oceania.

“Hopefully we have inspired these women to participate. We hope we can be role models for the kids too as they continue their journey in sports.

“We’re eager to go back and help deliver Shuttle Time activities and also upskill the teachers, coaching kids and correcting skills early so they don’t repeat the mistakes we made.”

Utimawa and Takeiaki’s commitment towards badminton is undoubtedly commendable. And with their soaring popularity, Kiribati is set to benefit.