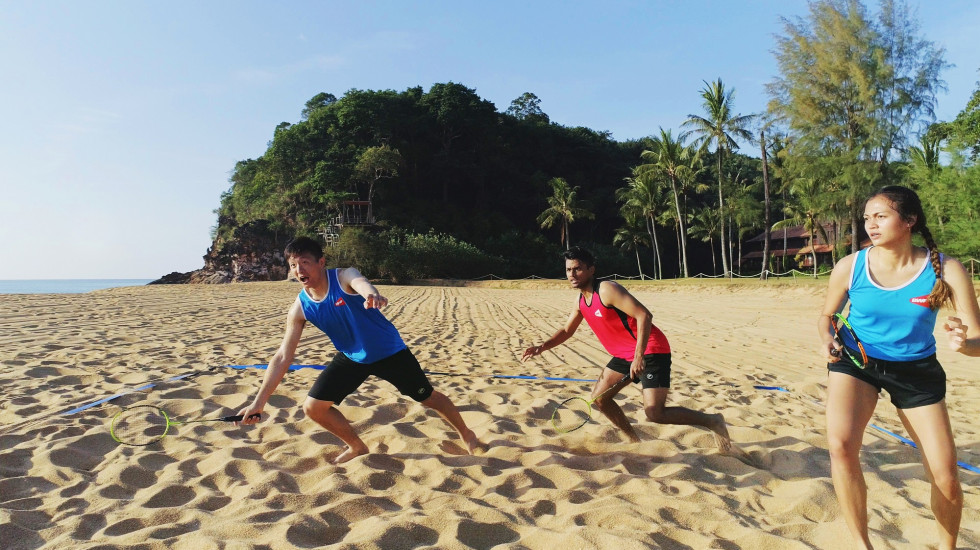 AirBadminton is our ambitious new development project designed to create opportunities for people of all ages and ability to play badminton on hard, grass and sand surfaces in parks, gardens, streets, playgrounds and beaches around the world.

We see AirBadminton has having the potential to be a new, highly attractive form of competitive badminton, whilst being a key channel for boosting global participation.

Therefore, we have launched a new video series to help fans understand the game of AirBadminton better.

You can find out more about the game of AirBadminton here.

What are the Dimensions of an AirBadminton Court

Setting up an AirBadminton court is very simple. You will only need a net system and a set of boundary lines.

The proposed playing court is a rectangle measuring 16m by 6m metres for doubles and triples, and 16m by 5m for singles; surrounded by a free zone, which is a minimum of 1m on all sides.

Find out more on the court dimensions here.

How To Play a Game of AirBadminton

AirBadminton is fundamentally similar to indoor badminton. However, there are several differences between the two games that affect players’ strategies, gameplay and techniques.

Read more about playing a game of AirBadminton here.

To get your hands on the AirShuttle, click here. Pick up a racket today!