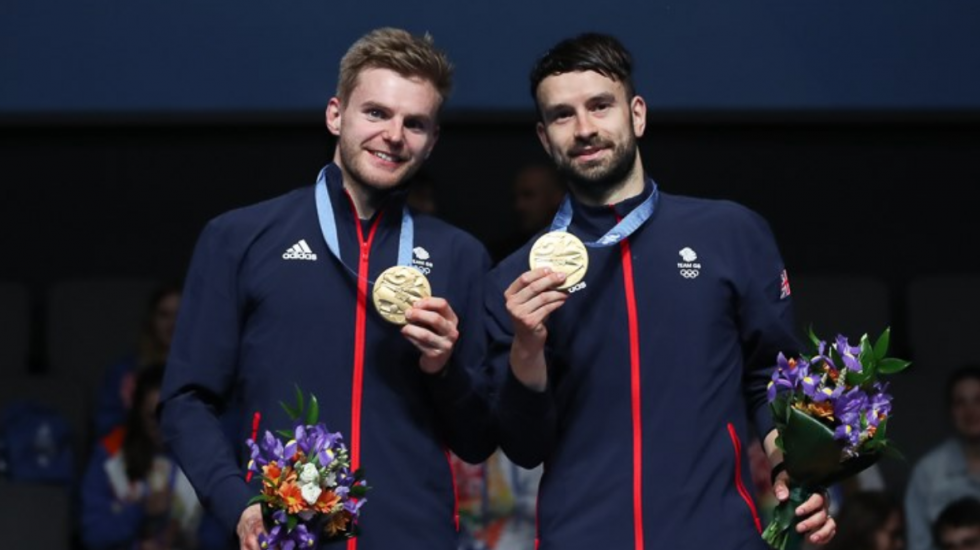 The kings of multi-sport events.

Great Britain’s Marcus Ellis and Chris Langridge have added European Games gold to their haul of multi-sport event medals with a convincing 21-17 21-10 victory over Danish top seeds Kim Astrup/Anders Skaarup Rasmussen in the final on Saturday.

The Danes were warm favourites for the title but the experience of the veteran duo from England – with Olympic bronze and Commonwealth Games gold behind them – showed as they dominated the match throughout.

Langridge said: “Each round we got a bit better and better and I think in the final today we performed to a good standard.

“We can be a bit up and down and sometimes we cannot get used to conditions or the opponent’s style of play quick enough.

“But today I think we both put up a really good performance.”

Ellis added: “When you play like that you never want to come off the court.

“Unfortunately, these moments do not come along very often but it seems like when it comes to big events, Chris and I have managed to do quite well.”

Humble, honest, full of praise for the @TeamGB family and, most importantly, CHAMPIONS 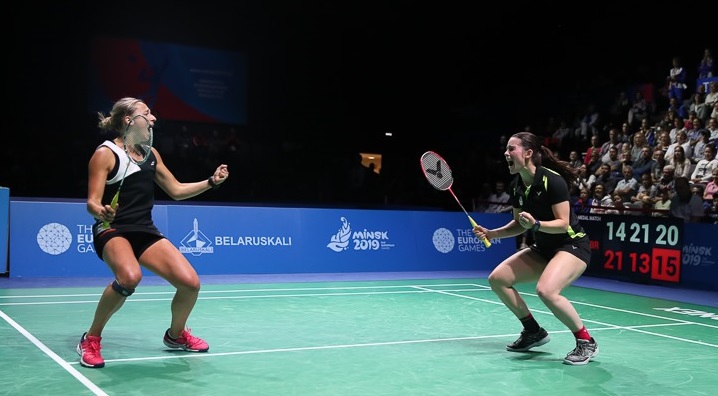 Jubilation for the Dutch pair.

Birch and Smith took the opening game 21-14 and looked on track to claim the gold, but the Dutch came out strong in the second and kept their momentum throughout to take the next two 21-13 21-15 to record a memorable win.

I am not sure how we are going to celebrate, but I am sure Selena will take me somewhere,” Seinen said.

“We got the tactics right [in the second game] and we did not make unforced errors.”

“The speed in our legs was much higher in the second game and we could see they were nervous as well,” Piek added.

“We managed to switch things around and we said to each other that we should have fun and enjoy the match.”

The win was Netherland’s first badminton medal at the European Games.