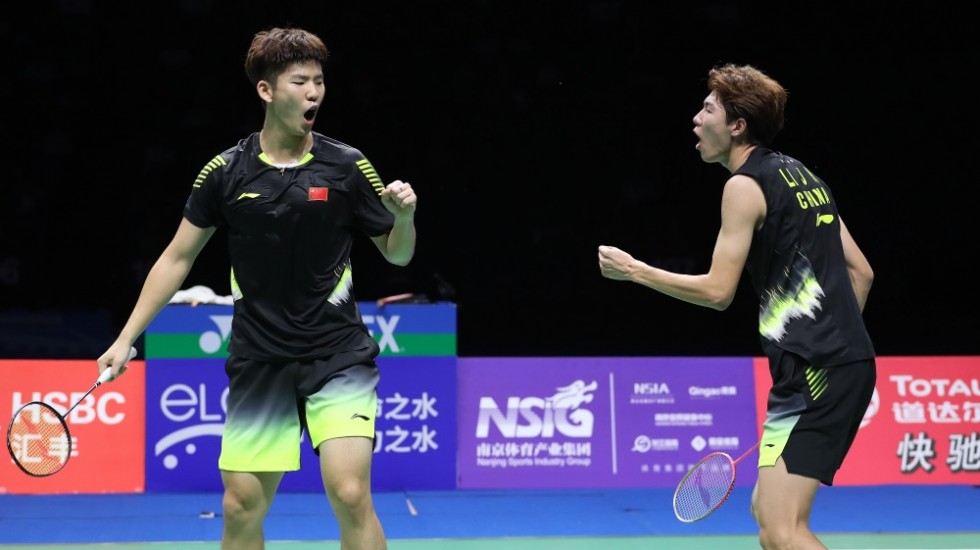 China’s Li Junhui and Liu Yuchen made a significant leap of three spots in the BWF World Rankings in the week following their Men’s Doubles victory at the TOTAL BWF World Championships 2018. 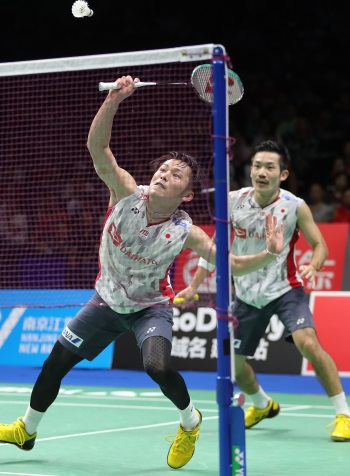 The Chinese pair (featured image) earned 13,000 points from their victory in Nanjing, and are currently in second spot, still over 25,000 points behind the top-ranked Marcus Fernaldi Gideon/Kevin Sanjaya Sukamuljo of Indonesia.

The Indonesians, who won four tournaments this season but fell in the quarter-finals of the Worlds, are sitting pretty with 102,683 points.

World Championships runners-up Takeshi Kamura/Keigo Sonoda (Japan) benefitted from their performance in Nanjing, the 11,000 points helping them jump up a place to No.3.

The other beneficiaries of their Nanjing performance were Chinese Taipei’s Chen Hung Ling/Wang Chi-Lin, whose semi-final finish gave them 9,200 points, helping them jump five places to No.10. Also making a move up were Malaysia’s Goh V Shem/Tan Wee Kiong, who lost to the eventual champions in the third round. The Malaysians progressed three spots to No.11.

World Championships runners-up Yuki Fukushima/Sayaka Hirota had some consolation after blowing two match points in the Women’s Doubles final, as they climbed up a place to No.1, just ahead of compatriots Misaki Matsutomo/Ayaka Takahashi.

Last year’s champions Chen Qingchen/Jia Yifan (China) slipped two spots to No.3, while the pair that beat them in the quarter-finals, Indonesia’s Greysia Polii/Apriyani Rahayu, climbed two spots to No.4. The other bronze medallists, Shiho Tanaka/Koharu Yonemoto (Japan), remained static at No.5.

The Mixed Doubles went perfectly for China at the World Championships as their top two pairs made the final. Newly-crowned champions Zheng Siwei/Huang Yaqiong jumped up a spot to No.1, while runners-up Wang Yilyu/Huang Dongping also progressed a spot to No.2.

Olympic champions Tontowi Ahmad/Liliyana Natsir (Indonesia), who did not compete in Nanjing, slipped two spots to No.3.

The big gainers in the rankings were China’s Zhang Nan/Li Yinhui, semi-finalists at the Worlds, who clambered four spots to No.12.

Another pair that gained four places was Thailand’s Dechapol Puavaranukroh/Sapsiree Taerattanachai, who are currently at No.15.