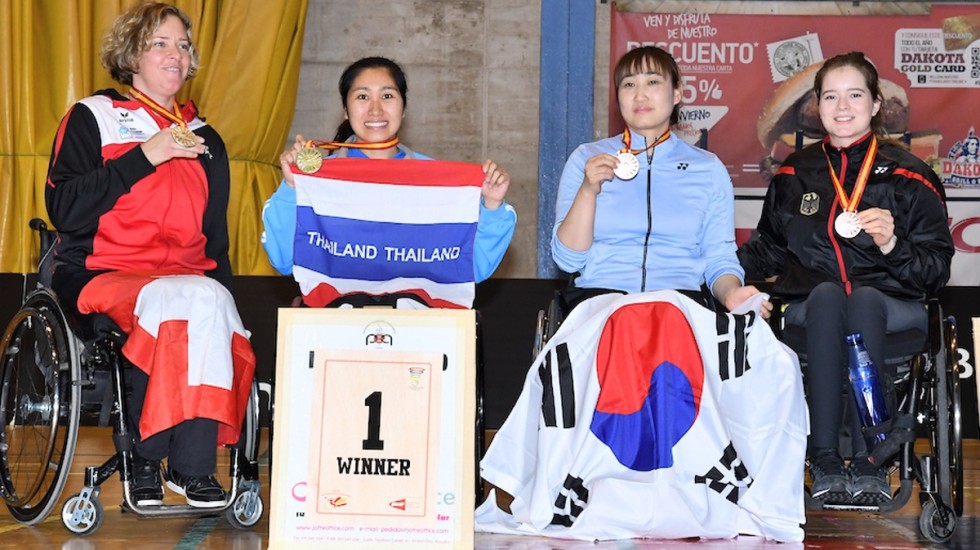 Sujirat Pookkham, Choi Jung Man and Kim Jungjun picked up two gold medals each in the wheelchair events on the final day of the Spanish Para-Badminton International 2018 in Mallorca.

“I’m very happy to have won two titles here,” said Pookkham (featured image; 2nd from left). “The target now is to do well at the Asian Para-Games.” 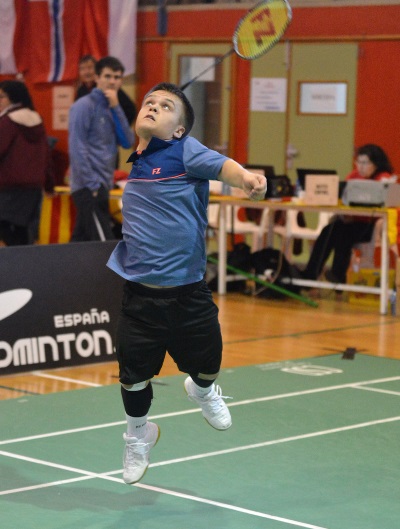 “I’m happy because I had set a target for a medal before coming here,” said Chan. “I got a silver in singles and a bronze in doubles, so I achieved my target. This is the first tournament of the season, my condition is not yet 100 percent. This is a good start. Korea are always strong in wheelchair events, but we’re getting closer. I’m happy that I could observe Kim Jungjun closely and I hope I can get better.”

England’s Jack Shephard picked up a double in the Short Stature category. Shephard repeated his SS 6 Men’s Singles result from the World Championships final over compatriot Krysten Coombs; the two England players then combined to capture the SS 6 doubles gold.

“Really happy, I got off to a good start in the singles and finished it well,” said Shephard. “The doubles – the Hong Kong pair beat us the last couple of times, so it was good to beat them convincingly in the second game. We wanted to play them in the final again so we could test their skill. It was a great tournament for me, to win the singles and doubles; hopefully I can come back next year and do the same.”

The SS 6 Women’s Singles title went to Peru’s Carmen Giuliana Poveda Flores, after her opponent, top seed Rachel Choong (England), retired at the end of the first game which was won by the Peruvian 24-22. Choong later said she had aggravated a back strain in an earlier doubles match.

“I’ve been working very hard every day. Beating her is difficult, but I told myself anything is possible. My family and my coach and friends have supported me,” said a thrilled Flores, who was celebrating her first title.