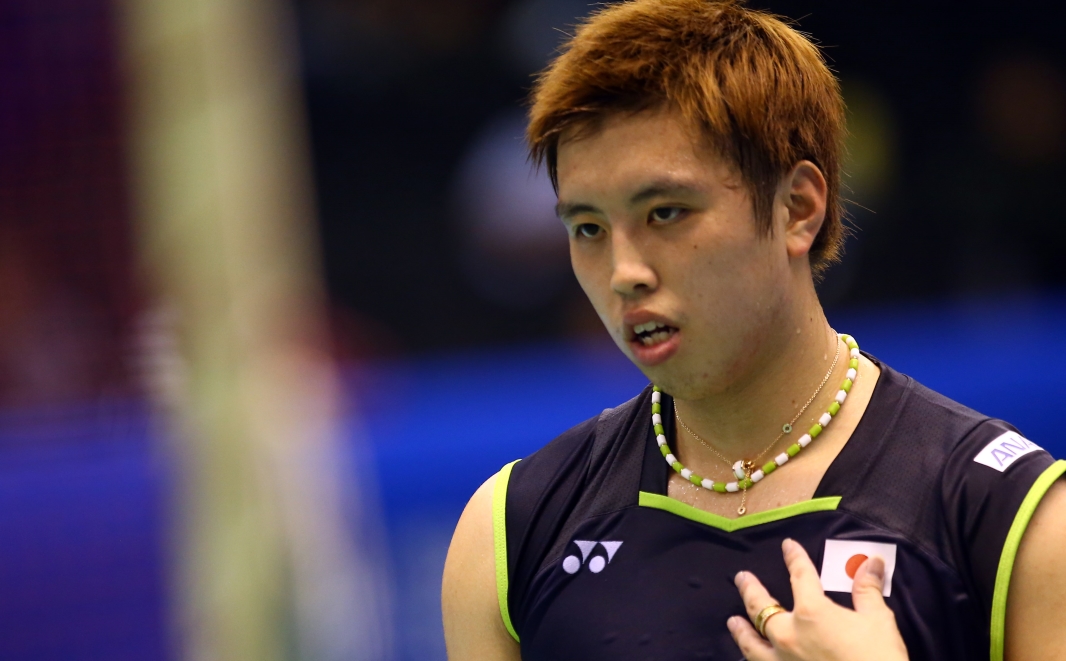 as he crashed out in the Men’s Singles opening qualifying round of the Yonex Open Japan 2015 today.

Although he offered a few glimpses of his earlier speed and attacking form, but his overall performance wasn’t good enough to help him past his Korean opponent.

“I had to win it in straight games, but I lost the first game and it was difficult,” said Tago.

“I was focussed for this match, but I could not perform well. I will have to practice harder. I need to regain confidence. I was weak mentally; I need to be stronger at heart. I got the big title at the Thomas Cup a year ago, but I have to refocus now.”

Tago’s vanquisher went on to make the main draw after surviving another three game match in the second qualifying round. Lee held his nerve to beat Jeon Hyeok Jin 23-21 14-21 21-19 and will face India’s Sai Praneeth in the first round.

Japan proved their depth in Women’s Singles, with the hosts claiming all four qualifying spots. Kana Ito, Ayumi Mine, Saena Kawakami (left) and Moe Araki progressed into the main draw, where they will join seven of their compatriots. Vietnam Open champion Kawakami was pushed to three games in both her matches: against Indonesia’s Lyanny Alessandra Mainaky (18-21 21-10 21-9) and compatriot Aya Ohori (16-21 21-14 21-16).

“Last time wasn’t my best match, I was tired after the Australian Open,” the World champion said.

“After winning the World Championships I didn’t have a vacation; I spent a day in Madrid with the media and then got back to training. I’m looking forward to playing Hashimoto.”

In Men’s Doubles, Japan’s Shintaro Ikeda bid farewell to his international career after he and Kazuaki Oshima ran into Thailand’s Puavaranukroh Dechapol/Kedren Kittinupong (below) in the second qualifying round, 16-21 21-10 21-14.

In Mixed Doubles, Japan’s Sudirman Cup heroes Kenta Kazuno/Ayane Kurihara (below) ensured their place in the main draw with a 21-17 21-15 result over compatriots Yuta Watanabe/Arisa Higashino. Kazuno/Kurihara will take on Korea’s Kim Gi Jung/Shin Seung Chan in the first round.