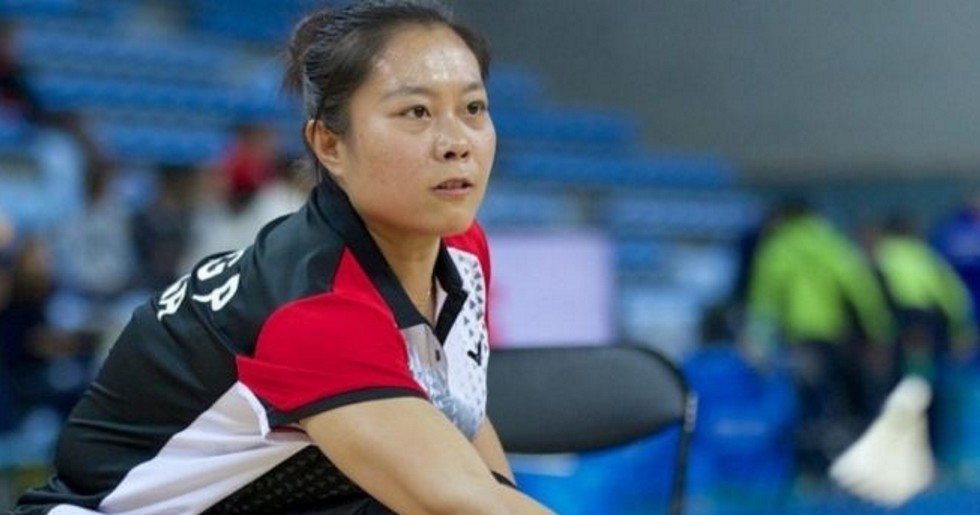 The might which China so often displays in badminton rose to the fore in the inaugural China Para-Badminton International which concluded last weekend in Beijing.

Copping nine of the 16 gold medals on offer, the hosts received a third of their golden haul from Wang Ping (featured image) competing in the WH 1 sport class. Completing the tournament without dropping a game, she won Women’s Singles, Women’s Doubles and Mixed Doubles. Korea and Malaysia both finished with three gold medals while France was the lone European nation to capture a gold; Lucas Mazur ensuring glory for his country in Men’s Singles SL 4. He had the distinction of winning the first gold of the three-day tournament which was organised by China Administration of Sports for Persons with Disabilities (CASPD) at its Beijing office and hosted by the National Paralympic Committee of China. Apart from the official medal events, there were exhibition events in SS 6 Singles as well as in SS 6 Mixed Doubles. A total of 74 athletes from 13 countries participated in the event in which 202 matches were played from 29-31 May. The nations represented were China, Chinese Taipei, England, France, Hong Kong, Japan, Korea, Macau, Malaysia, Norway, Poland, Singapore and Switzerland.

“We are really pleased with how the China Para-Badminton International went and the level of enthusiasm and participation from a variety of countries. We have had significant para-badminton activity in Europe – World Championships, Internationals etc. – and it’s good to get a broader look at the talent base in Asia,” noted BWF Vice-President Para-Badminton, Paul Kurzo.

“From what I’ve heard the standard of play was quite impressive with some really entertaining matches and we can see the prospect of some great cross-continental clashes in future. For example, the emergence of a player like Wang Ping was good and I’m sure para-badminton fans will be eager to see her play against Karin Suter-Erath of Switzerland.

“It’s the same way you have rivalries which drive interest in badminton. We look forward to those keen battles as para-badminton develops even further.”

For results and further details on the tournament, please link to: China Para-Badminton International 2015.