the OUE Singapore Open 2015 today at the hands of Angga Pratama/Ricky Karanda Suwardi.

The Malaysia Open runners-up did well to catch up with the Indonesians after trailing for most of the first game, but were unable to sustain the challenge and were beaten 21-19 21-18 in the quarter-finals. Pratama/Suwardi (featured image) face No.3 seeds Hiroyuki Endo/Kenichi Hayakawa, while in the other semi-final, Malaysia Open champions Mohammad Ahsan/Hendra Setiawan take on China’s Fu Haifeng/Zhang Nan. 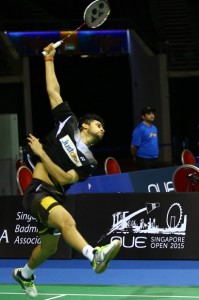 The defence of his Singapore Open title has worked like a charm for Simon Santoso, who continued to storm through the draw after passing through the qualifying rounds.

The Indonesian, who hasn’t gone beyond the second round in his last four tournaments, made the semi-finals with a surprisingly easy win over Tanongsak Saensomboonsuk. Santoso tamed the Thai 21-10 21-19 and will next face Japan’s Kento Momota, who received a walkover from India’s HS Prannoy.

Newsmaker Hu Yun, who upset top seed Chen Long in the second round, won another three-game battle today. Hu recovered from a game down to beat Chen’s compatriot Tian Houwei, 17-21 21-18 21-10; he will face Kashyap Parupalli for a place in the final. The Commonwealth Games champion from India had little trouble in dismantling the challenge of Frenchman Brice Leverdez, 21-6 21-17.

It will be up to Chinese Taipei’s Tai Tzu Ying to prevent a Chinese triumph in Women’s Singles. Tai breezed past Indonesia’s Maria Febe Kusumastuti 21-10 21-14 and takes on defending champion Wang Yihan, whose unbeaten record against Thailand’s Ratchanok Intanon improved to 9-0 with today’s 10-21 21-19 21-12 victory. The other semi-final will see Sun Yu – a 21-17 22-20 victor over Japan’s Nozomi Okuhara – against Wang Shixian, who beat another Japanese, Akane Yamaguchi, 21-18 21-18. 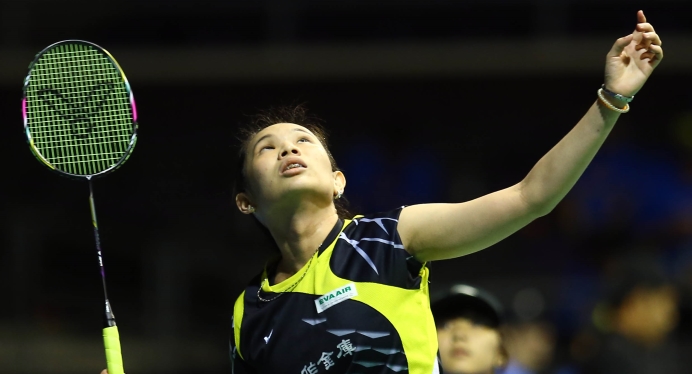 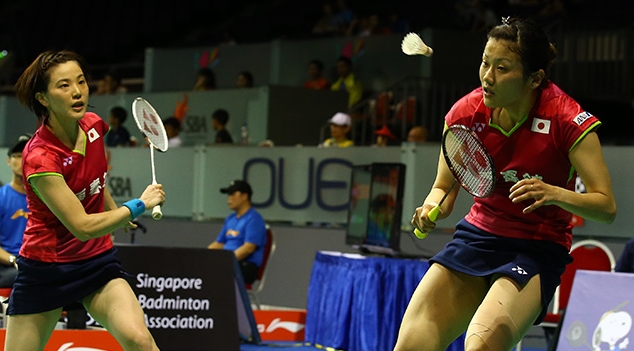