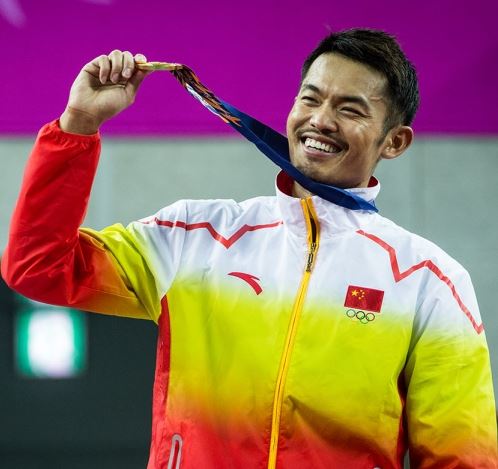 Gold medals for Lin Dan and Zhang Nan/Zhao Yunlei on the last day saw China emerge the most successful nation in the individual events of Asian Games 2014.

In the all-China Men’s Singles final, Lin Dan did more than just defend his gold medal. The veteran proved that, despite his long absence from the game after winning the 2013 World Championships, he still possessed the skill and temperament to overcome the best in the business. That he won the gold medal over recently crowned World champion Chen Long – after beating World No.1 Lee Chong Wei of Malaysia in the semi-final – was all the more significant.

Chen did not go down without a fight. Indeed, he dominated the first game as Lin took time to find his range. The match gradually changed complexion as Lin began to control the exchanges in the secnod game. Rarely resorting to the full-blooded smash, the defending champion chose to tease the shuttle through awkward angles and paces to keep Chen constantly searching for it. Several stunning rallies followed – mostly won by Lin, for his exceptional defence helped him blunt the best attacking shots of his junior compatriot. On game point he unleashed a wicked crosscourt smash to catch Chen off-guard, helping him level at a game apiece. Chen was able to stay close on points in the early part of the decider, but it was evident that Lin had spun a web out of which he was struggling to break free. The pinpoint accuracy, sudden shifts in direction, tightness of net play, and prolonged bouts of error-free badminton began to take a toll on the World champion and soon enough, the cracks appeared in his game. From midway in the third Lin kept accelerating ahead, eventually sealing the win with a backhand kill at the net: 12-21 21-16 21-16. The second Asian Games singles gold medal is the latest addition to the champion’s vast collection which includes two Olympic gold medals and five World Championships titles. The Mixed Doubles final was a match that swung from one extreme to another. Tontowi Ahmad and Liliyana Natsir started off in commanding fashion, scoring winners at will and leaving Zhang/Zhao looking outclassed. Killing rallies with nearly every touch, the Indonesians ran up a 13-7 lead and appeared set to take the game.

However, from that point on, they inexplicably collapsed. Ahmad committed a slew of errors, helping Zhang/Zhao (above) draw level. Natsir, who dominated Zhao at the net early on, also succumbed to the occasion, and the Chinese easily helped themselves to the opening game. The second game was a breeze for Zhang/Zhao with Ahmad/Natsir unable to get anything right. The 21-16 21-14 result helped Zhang/Zhao add the Asian Games gold to their Olympic and World Championships titles.