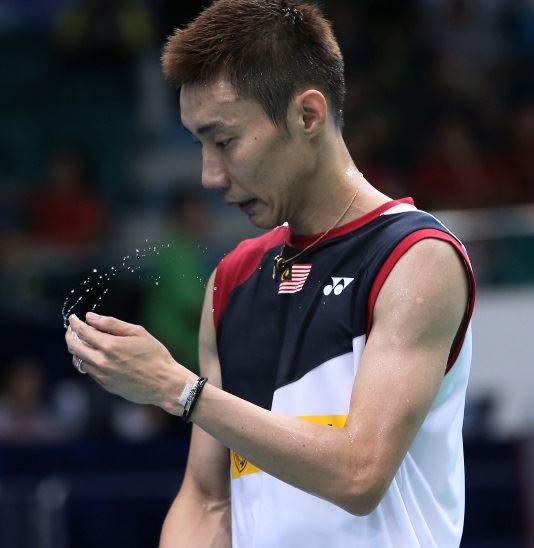 Lee Chong Wei will begin his quest for an elusive Asian Games gold medal with a second-round match against Pakistan’s Umer Zeeshan tomorrow.

The Asian Games gold medal represents one of the pinnacles of achievement for any badminton player and the world No.1 will be keen to compensate for his disappointment at the BWF World Championships where he was thwarted for the third straight time in the final. The Malaysian was stopped in the Men’s Singles final of the last Asian Games by China’s Lin Dan. Lee appears to have a fairly comfortable path up to the semi-finals this time, where he might again run into his accomplished rival.

The earliest test for Lee (featured image) is likely to be a third round clash with Commonwealth Games champion Kashyap Parupalli of India, followed by Nguyen Tien Minh (Vietnam) or Boonsak Ponsana (Thailand) in the quarter-finals.

Most of the Men’s Singles players have a bye in the first round in the draw of 64. Defending champion Lin Dan has a slightly more testing path, as he is lined up to face the likes of Lee Dong Keun (Korea) in the second round, Hu Yun (Hong Kong) in the third and Kenichi Tago (Japan) in the quarter-finals. Lin might have added motivation to win the Men’s Singles gold after China’s loss in the team final.

Apart from Lee and Lin, the other favourite for the gold medal will be Chen Long, the recently-crowned World champion. The No.2 seed from China is drawn alongside Kento Momota (Japan), Son Wan Ho (Korea), Tommy Sugiarto (Indonesia) and Srikanth Kidambi (India) in his half. Son’s defeat of Chen in the team final yesterday and strong home support might give him the confidence that he could be a gold medal contender on Monday September 29th.

Women’s Singles reigning champion Wang Shixian (China) will be unable to defend her title as China have fielded Li Xuerui and Wang Yihan. Olympic champion Li can expect some stiff tests ahead as she is drawn to face PV Sindhu (India) in the quarter-finals and either Sung Ji Hyun (Korea), Tai Tzu Ying (Chinese Taipei) or Sayaka Takahashi (Japan) in the semi-finals. But before that she will have to deal with a player who has an impressive record at the Asian Games — Yip Pui Yin (Hong Kong) – silver medallist in 2006 and bronze medallist in 2010.

India’s Saina Nehwal (above) narrowly missed out on a medal in 2010 and will look to make amends here. Nehwal however is in the quarter of Wang Yihan – a player she has beaten only once in nine encounters. The No.2 seed from China, should she get past Nehwal, might face 2013 World champion Ratchanok Intanon (Thailand) or Bae Yeon Ju (Korea) in the semi-finals. Of the five categories, China’s accomplishments have been less stellar in Men’s Doubles, with a lone gold medal in 1990. Veterans Cai Yun/Fu Haifeng and 2013 All England champions Liu Xiaolong/Qiu Zihan head China’s challenge, but the favourites will be Korea’s Lee Yong Dae/Yoo Yeon Seong, especially given their morale-boosting gold medal win in the team event yesterday. The World Championships runners-up might run into Cai/Fu or Indonesia’s Angga Pratama/Rian Agung Saputra in the quarter-finals.

Indonesia will bank on No.2 seeds Mohammad Ahsan/Hendra Setiawan, who might have to contend with Liu/Qiu in the quarter-finals. Others who are likely to make an impact are Japan’s Hiroyuki Endo/Kenichi Hayakawa (above), Takeshi Kamura/Keigo Sonoda, Korea’s Kim Ki Jung/Kim Sa Rang (4) and either Chinese Taipei’s Lee Sheng Mu/Tsai Chia Hsin (5) or Malaysia’s Goh V Shem/Tang Wee Kiong, who meet in the first round. Misaki Matsutomo/Ayaka Takahashi’s defeat of World champions Tian Qing/Zhao Yunlei (China) in the women’s team event last week means that the Japanese will back themselves to go all the way to the gold medal, a feat last accomplished by Japan in 1970.

However, possible semi-finalists Yu Yang/Wang Xiaoli (China) or Chang Ye Na/Kim So Yeong (Korea) stand in their path. Tian/Zhao (right), winners of the Olympics and World Championships, are favourites to defend their Asian Games gold medal, which would make them the only Women’s Doubles pair to do so.

Few would bet against China winning the Mixed Doubles, given the presence of the Olympic and World Championships finalists Zhang Nan/Zhao Yunlei and Xu Chen/Ma Jin at the opposite ends of the draw. Third seeds Tontowi Ahmad/Liliyana Natsir (Indonesia) return from a spell away from the circuit and are expected to be the prime challengers to the Chinese. Shin Baek Choel – who won the 2010 gold medal with Lee Hyo Jung – is paired with Chang Ye Na and the Koreans could make the semi-finals against Xu/Ma. Compatriots Ko Sung Hyun/Kim Ha Na (below) on the other hand are in the top half of the draw and might pose a problem or two for Zhang/Zhao’s quest for a gold medal.