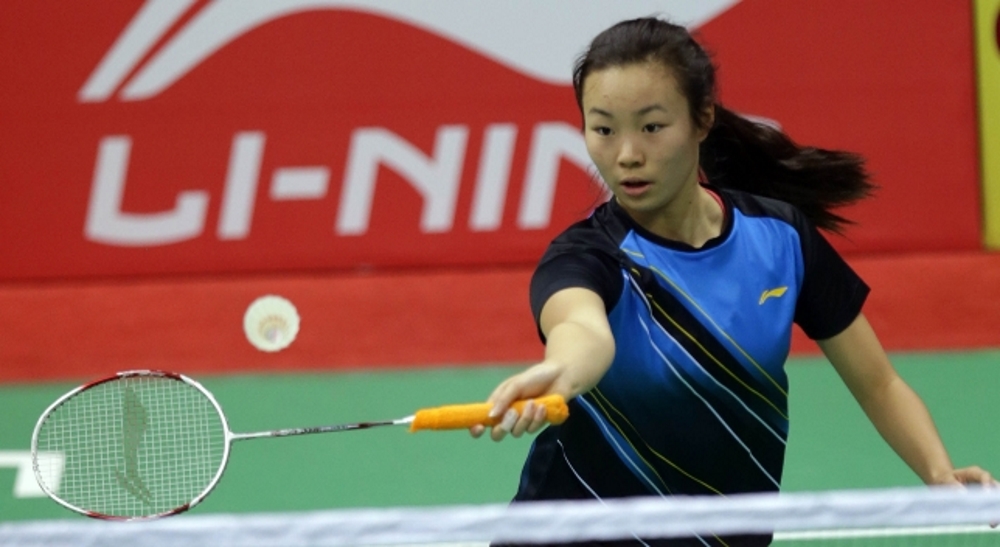 Australia have now won the Robson Shield for the third successive year, and fifth overall, after Men’s Doubles pair Raymond Tam and Glenn Warfe held their nerve in a tense fifth match over Kevin Dennerly-Minturn/Oliver Leydon-Davis: 20-22 21-18 21-19. It was a fitting end to a great final day of badminton played at Ballarat, Australia, with fortunes swinging either way before Tam and Warfe sealed the issue for their country on home turf.

Australia and New Zealand had topped Group A and Group B respectively with an unbeaten record. Australia took the lead, when Ross Smith/Renuga Veeran prevailed in 32 minutes over Oliver Leydon-Davis/Susannah Leydon-Davis, 21-18 21-16 in the opening Mixed Doubles contest.

Renuga Veeran once again came to Australia’s aid, partnering Tang He Tian to beat Anna Rankin/Madeline Stapleton 21-11 21-5 (Women’s Doubles), before Tam and Warfe pulled off the thrilling win over Dennerly-Minturn and Leydon-Davis in the final rubber.

New Caledonia took third place over Tahiti-1 (Tahiti had fielded one team each in the two groups), 4-1. Tahiti-2 and Tonga both whitewashed their opponents Nauru and Kiribati 5-0 in the ties for the remaining places. Corinne Barnard (left), COO of Badminton Oceania, said despite the dominance of Australia and New Zealand, there were encouraging signs from other nations in the region.

“Australia and New Zealand still dominate but New Caledonia and Tahiti have improved their quality in play over the last few editions of the competition. Tahiti won silver medals at last year’s U-19 Oceania Junior competition, so they are developing their youth.  Spectator numbers are low as there is limited interest in the region, due to other major sports such as rugby, AFL, cricket, netball and football. Spectators are limited to parents or families coming to watch. Badminton has a small fan base but it is growing with social media via Facebook and Twitter. This year we have live streaming for the two days of quarter-finals, semi-finals and finals (‘my sport live’ link on our website).”

Badminton Oceania has conducted several development initiatives and the results are beginning to show.

“The (Pacific Player Development Camp) programme has only just started and already the Tongans are making an impression on the event; they have even played three-game matches against some teams,” said Barnard.

“The Training Centre is our PDP programme which has been implemented now with Ji Hyun Marr as the head coach. There has been one camp in December 2013 and there will be another next week. The PDP will have an impact on the Continental Championships over time as players have to play in the Continental Championships if they are in the PDP programme, so it’s huge for us, and it’s a great development for our island nations in the higher performance area.” Meanwhile, in the individual event beginning today, Men’s Singles defending champion Joe Wu (New Zealand) starts favourite in a draw of 64. The top-seeded Wu will be aiming for his third straight title, while in Women’s Singles, top seed Michelle Chan Ky (NZ) will look to regain the title she won in 2008.

After their thrilling team match, Men’s Doubles top seeds Raymond Tam/Glenn Warfe (Australia) are due for another face-off with second seeds Kevin Dennerly-Minturn/Oliver Leydon-Davis (NZ). Warfe has held the Men’s Doubles title since 2008 (with Ross Smith).

Renuga Veeran of Australia won the 2012 Women’s Doubles with Leanne Choo but this year she partners Tang He Tian. They are seeded third behind Jacqueline Guan/Gronya Somerville (Australia) and Anna Rankin/Madeline Stapleton (NZ). Veeran is also one of the favourites for the Mixed Doubles crown with Ross Smith. New Zealand’s Oliver Leydon-Davis/Susannah Leydon-Davis are seeded second.