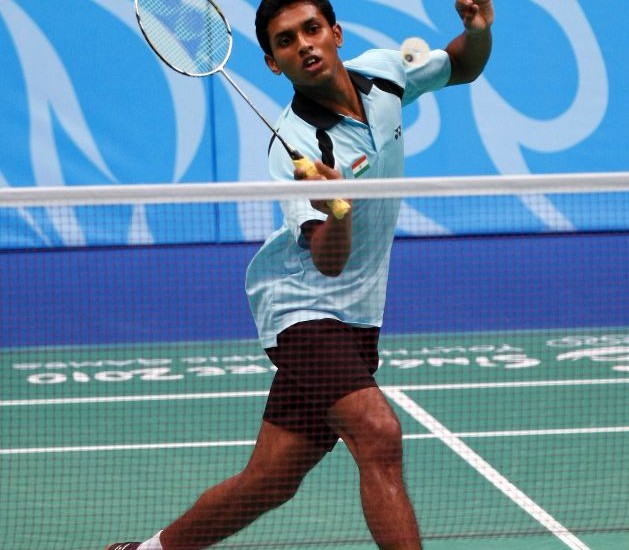 Top seed Saina Nehwal had three match points in her second round Women’s Singles match against Yui Hashimoto, but the Japanese world No. 46 fought valiantly to win five consecutive points and take the match. For her troubles, she must now take on PV Sindhu (India, 8) who beat Yu Sun of China earlier in the day.

Nehwal had three match points at 20-17 in the third game, but Hashimoto fired a smash down the line that was called in. Nehwal disagreed with the decision and approached the chair umpire, but the decision stood. The Japanese stuck to her task and won the next four points to emerge victorious, 13-21 21-12 22-20. Nehwal blamed the call for her defeat.

“That call upset me, I just didn’t find my rhythm after that,” she said. “The points got over quickly after that. I don’t know why I’m not able to do well at the India Open,” she said, praising her opponent as a ‘fighter’.

The other casualty in Women’s Singles was fourth seed Minatsu Mitani of Japan. She fell to an attacking Aprilla Yuswandari (Indonesia), who showed great composure on the big points and won the match 27-25 23-21.

The Men’s Singles too saw a major upset, with Hu Yun (Hong Kong, 4) bowing out to Anand Pawar, the No. 53 from India. Pawar, who played in the Danish league until recently, now trains at his father’s academy, and this seems to have done him much good. Going into the third game, Pawar kept up the attacking pressure and Hu Yun was unable to cope.

“He wasn’t comfortable with my flat game,” said Pawar. “I’ve started playing at my father’s academy. It’s a new beginning, and I’m playing better. I’ve been unlucky with injuries in the past, and I was playing too many tournaments.”

This is the first time Pawar beat a top-five player.

• H.S. Prannoy (BWF home page) has grown up watching Taufik Hidayat, so it was a dream come true for him to play the great Indonesian in the second round of Men’s Singles – furthermore to defeat him.

• Mixed Doubles second seeds Joachim Fischer Nielsen and Christinna Pedersen (Denmark) ran into recently-crowned Asian champions Ko Sung Hyun/Kim Ha Na in the second round and it was every bit as close as expected. The Koreans managed to scrape through, 22-20 23-21.