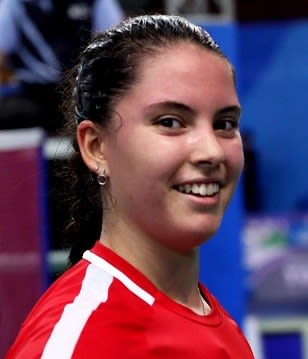 Professional Since: I started competing in Tahiti in 2008

National Team Member: Since 2012 in youth team and 2018 senior team

When and where you began playing, and why this sport?
"I started playing badminton in 2007 in Tahiti because my parents’s friends were playing and told us to come."