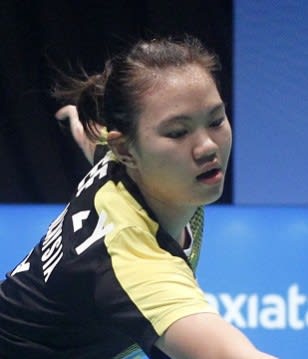 Professional Since: When I was 10 years old.

When and where you began playing, and why this sport?
"I began playing when I was 8 years old at a badminton court in Kedah.My family wanted me to play badminton."

Sporting ambitions?
"To be ranked in the world top 10"