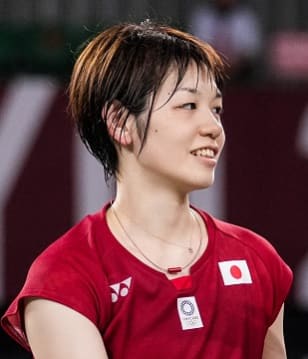 When and where you began playing, and why this sport?
"She took up the sport at age five, and began competing in grade one of primary school."

Sporting awards / Honours (so far)?
"She and her doubles partner Yuki Fukushima received the 2017 Most Improved Player of the Year award from the Badminton World Federation [BWF]. The pair also received a Fighting Spirit Award at the 2015 All Japan Business Association Championships."