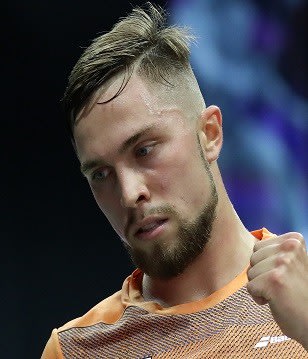 Professional Since: When I was 11 year-old

Any previous Olympics Games competed in and results?
"not yet"

When and where you began playing, and why this sport?
"I started playing badminton when I was a child, because of my father, who was first badminton player from Czech Republic to represent country at the Olympic Games 1992. I just fell in love with this sport."

Sporting ambitions?
"Once I would love to look back, when I finish and say to my self I have done everything I could to become the best player in the world"