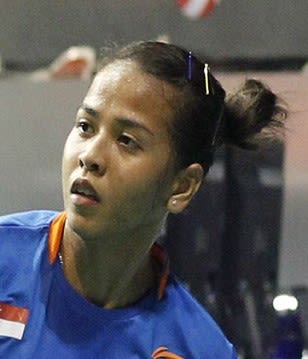 Professional Since: at around 8 years old

When and where you began playing, and why this sport?
"Since 6 years old, was motivated from my siblings who played badminton and father, who was an ex-national player."

Memorable sporting achievements?
"Singapore international Series, paired with my senior and get into the Finals with him under mixed doubles"