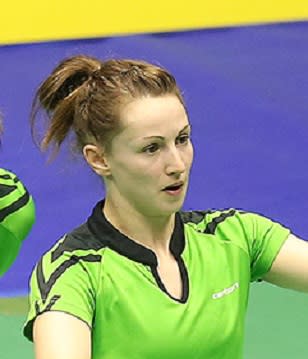 Professional Since: 2007, after I finished school and started training full-time.

Any previous Olympics Games competed in and results?
"Beijing 2008 (2nd round)"

When and where you began playing, and why this sport?
"My dad brought me along to our local club every week and it all happened from there. I was maybe four or five years old when I started. Currently, I enjoy pushing myself to the max each day."

Your training regime?
"On court 5 days a week and physical 4 days a week."

Sporting awards / Honours (so far)?
"Female sports person of the month for November 2011 in Ireland"

Sporting ambitions?
"To be the best I can be!"