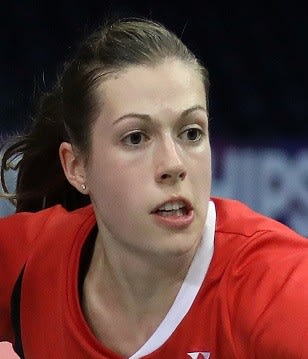 Professional Since: I started competing when I was 9-10 years old

When and where you began playing, and why this sport?
"I began playing badminton when I was around eight years old, and I started playing because my mum played in our local club"

Memorable sporting achievements?
"Carrying the London 2012 Olympic torch through my hometown of Chester."

Sporting ambitions?
"To represent GB at the major events, and be the best badminton player I can be!"