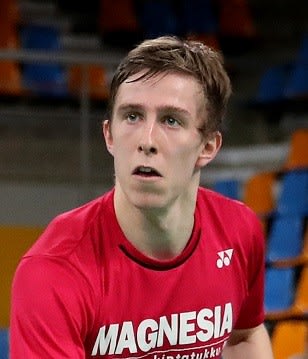 Professional Since: When I was 6 years old.

When and where you began playing, and why this sport?
"In Paraisten Badminton. Because my older sister and brother played."