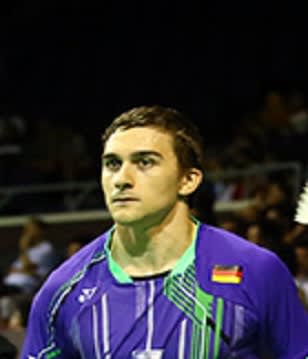 Professional Since: I began to play competitively in 2003 with small local tournaments

When and where you began playing, and why this sport?
"I began in my home town Mörfelden-Walldorf to play Badminton (2000)"