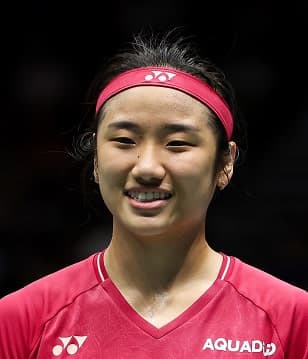 When and where you began playing, and why this sport?
"She began the sport in grade one at Pungam Elementary School in Gwangju, Republic of Korea."

Sporting awards / Honours (so far)?
"In 2020 she received the Rookie Award at the Coca-Cola Sports Awards in the Republic of Korea."

Sporting ambitions?
"To win a gold medal at the 2020 Olympic Games in Tokyo. She was named 2019 Most Promising Player of the Year by the Badminton World Federation . She received the Rising Star Award at the 2017 Korean Women's Sports Grand Awards. In 2016 and 2017 she was given an Excellence Award by the Badminton Korea Association [BKA]."