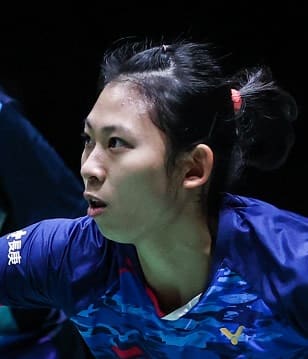 Professional Since: My first world tournament in 2014.

Any previous Olympics Games competed in and results?
"No"

When and where you began playing, and why this sport?
"I played badminton for the first time in 2008.At that time because I am interested in badminton so with my brother to participate in summer camp."

Sporting awards / Honours (so far)?
"No"

Sporting ambitions?
"I want my world rank to top 10"