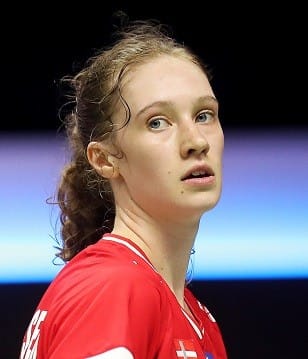 Professional Since: I think I started competing when I was 9 years old in a Danish tournament.

When and where you began playing, and why this sport?
"I started playing when I was about 7 years old, in my hometown Dianalund. Because my whole family was playing."

Sporting awards / Honours (so far)?
"Received the award for youth player of the year in europe 2019"

Sporting ambitions?
"To be in the top of the best women´s singles in the world and win some of the big tournament and get a medal to world championsship and OL"