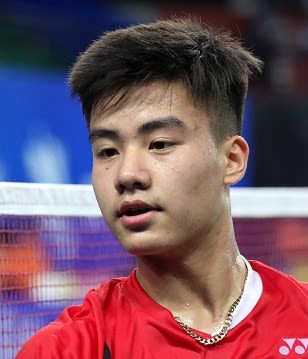 When and where you began playing, and why this sport?
"He began the sport at age seven in Ireland, and took part in his first competitive match at age 10. He also played football until age 11 when he began focusing solely on badminton."