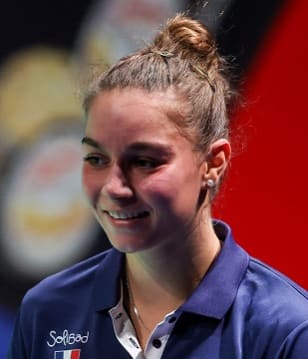 Professional Since: I started competing in 2007, after one years of practising Badminton.

When and where you began playing, and why this sport?
"I began playing in Talence in the club of UST in 2006, the city where my parents live because my father played and I wanted to try this sport."