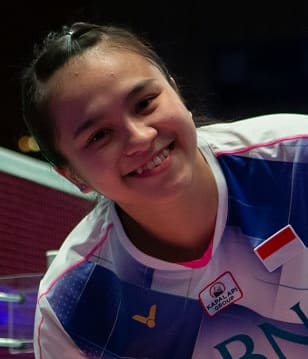 When and where you began playing, and why this sport?
"She began playing badminton at an early age. She first joined Ratih Banten club in Serang before moving to PB Djarum in Kudus, Indonesia, in 2009."

Sporting ambitions?
"To win a gold medal in mixed doubles at the 2020 Olympic Games in Tokyo."