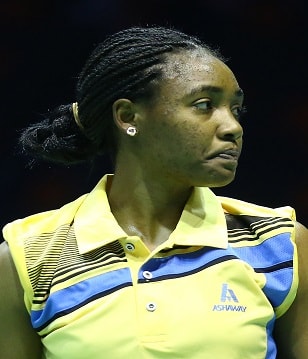 Professional Since: My first local tournament was in 2004

When and where you began playing, and why this sport?
"I began playing at Yelwa Club, in my home city, Jos- Nigeria. My dad introduced me to the sport."